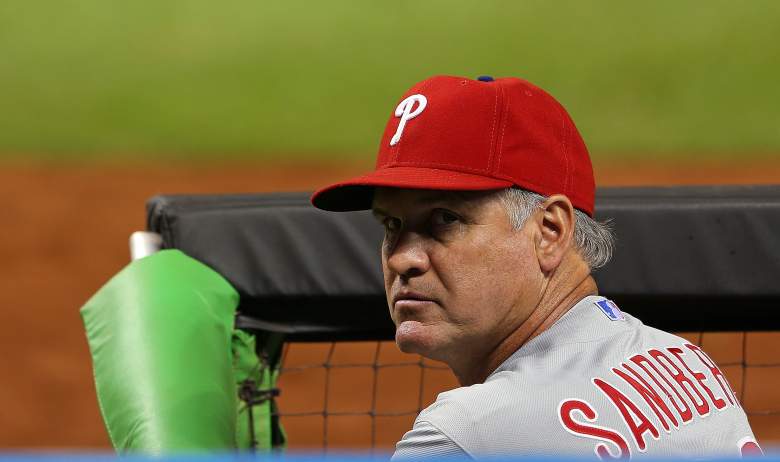 Ryne Sandberg isn’t expected to get the Phillies turned around this season. (Getty)

The Major League Baseball season isn’t even through the first week and odds for the first manager being fired are already up.

Some big market names made the list, including both New York teams’ managers (Joe Girardi of the Yankees and Terry Collins of the Mets) as well as the Los Angeles Dodgers’ Don Mattingly.

The best odds for being fired first, though, go to Philadelphia Phillies skipper Ryne Sandberg. The Phillies aren’t expected to have much success in 2015, so “Ryno” was saddled with 5/2 odds as the first to be canned.

Entering Tuesday’s game, Sandberg was 93-112 overall. The Phillies finished last in the National League East at 73-89 a season ago.

The below odds are provided by sportsbooks monitored by OddsShark.com.

Odds For Who Will be the First Manager Fired

Read More
Baseball, MLB, Sports Betting
The Major League Baseball season is barely underway, but the odds for the first manager being fired have already been posted. See what skippers made the list.