Today’s newspapers are, as ever, awash with transfer stories, contract wranglings and unsettled players from Europe’s biggest clubs.

Javier Hernandez is rumored to be attracting attention from Bundesliga side Wolfsburg, who will offer Chicharito Champions League soccer and Manchester United $12 million; Chelsea are eyeing up contract rebel Theo Walcott, who is stalling on an extension to his contract with Arsenal, which only has a year left to run; Barcelona’s Pedro has spoken out about his frustrating lack of game time at Camp Nou this season (that’s what happens when your front line is comprised of Lionel Messi, Luis Suarez and Neymar), while Mats Hummels – forever linked with a move to Old Trafford – has publicly denied reports that he has “promised” Manchester United he will join them in the summer.

Heavy has scoured the European press so you don’t have to, bringing you the latest news and gossip from across the old continent.

Click through the gallery for further details and on today’s biggest transfer stories.

Wolfsburg Hound Chicharito
The Daily Mail has picked up on reports from German newspaper Bild that Wolfsburg are planning a move for Manchester United and Mexico striker Javier Hernandez. Having been afforded just seven hours of club football all season, it’s unlikely Real Madrid will be extending Chicharito's current loan deal at Santiago Bernabau, while Louis van Gaal will likely look to cash in on a player with only one year remaining on his current contract.
With The Wolves on course for Champions League soccer next season, and Bas Dost being their only in-form striker, Chicharito to Wolfsburg makes a modicum of sense. GBP8 million is the fee, in case you were wondering. (Getty) 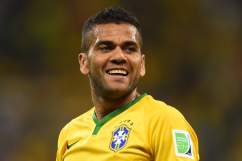 Read More
Soccer, Sports
Chicharito to Wolfsburg, Chelsea in for Walcott and so much more. Read on for more of today's transfer news.