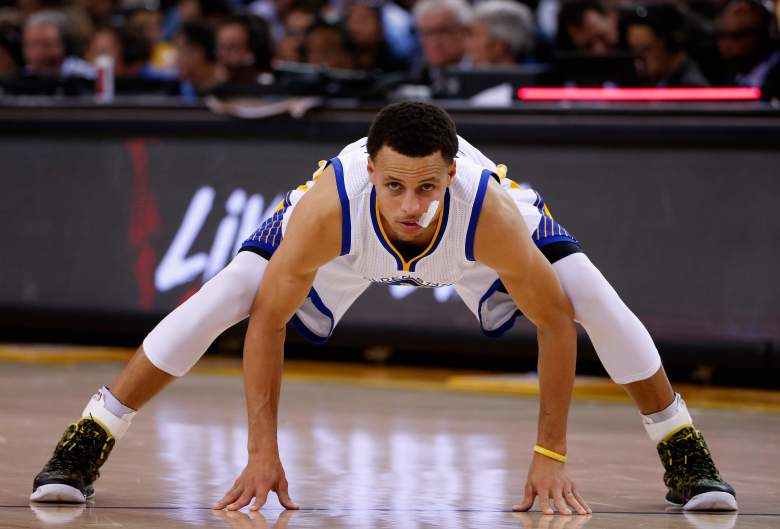 The Warriors have the top seed locked up, but that hasn’t stopped them from keeping their momentum going into the playoffs. Golden State has won 11 straight games coming into its matchup with Dallas. On the other end, the Mavericks haven’t done many positive things lately heading into this game.

Stephen Curry’s crossover on Chris Paul from the other night will probably be the most talked about play of the season. It’d be logical to go against the Warriors because they really don’t have anything to play for already with the 1-seed locked up. Then again, they’ve won 11 straight and are 8-2 ATS in their last 10 (and Draymond Green is expected to return). The Mavericks are another story at 3-7 ATS in their last 10 and their defense has been shoddy to say the least. Playing bad defense against the Warriors isn’t going to work. And Golden State has had their number all season. 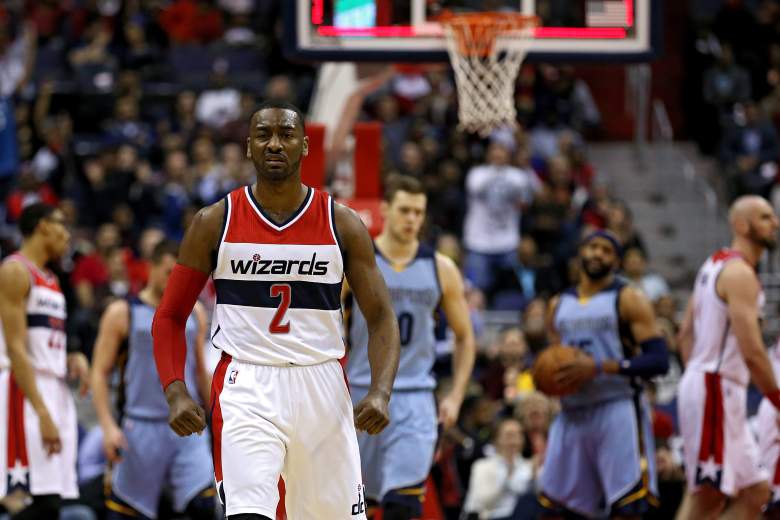 The last time these teams saw each other, John Wall and the Wizards walked away with a 20-point win. (Getty)

When these teams played in March (in DC), Memphis had their B-team on the court and lost by 20 points. That won’t be the case in this one even riding a back-to-back. The Wizards also have a back-to-back, but get the dreaded home to road situation. They haven’t really played all that well lately either, and beating the Knicks doesn’t mean much. In their west coast trip in late March, they lost big in three straight games, including a 23-point loss to the Kings.

The Grizzlies need a win to in order to lessen their chances of playing the Spurs in the first round. They won’t take this game lightly.

The Trail Blazers have the 4-seed locked, but after their recent loss to the Clippers, don’t have home-court advantage in the first round as the Clips are the 5-seed. So Portland still has something to play for. The Pelicans have lost four straight road games at a Western Conference team on the second leg of a back-to-back. That’s an extreme stat, but they also haven’t played a good team since Houston back on March 25. And the last time New Orleans beat a team with a winning record was March 7 against the Grizzlies. Not good enough.

Rudy Gobert blocks Andrew Wiggins: Utah Jazz at Minnesota TimberwolvesUtah Jazz center Rudy Gobert blocks MInnesota Timberwolves forward Andrew Wiggins at the rim.2015-03-31T01:40:56.000Z
The Jazz have been a bit underrated on the road all season, sporting a 21-14 ATS record away from home. And with what they’ve been able to do in the second half of the season, it looks like that underrating continues in this game. They are 17-8 in their last 25 overall. The Suns put everything into the Warriors game a couple nights ago and lost on a buzzer-beater. They have now lost five straight, including three at home. Where’s the motivation at?

While the Hawks haven’t played since Tuesday, the Nets just got done with an intense game against the Raptors. Brooklyn has been on a bit of a winning streak (six straight), but most of those wins are against teams with losing records. They aren’t a young team and a lot of their starters played close to 40 minutes on Friday (Brook Lopez 44 minutes, Deron Williams 38 minutes, Joe Johnson 36 minutes). The Hawks don’t need to try, but this is still a team that is 23-14 ATS at home this season. With the extra rest, expect a full roster to be in use for Atlanta, to get some kind of momentum going. 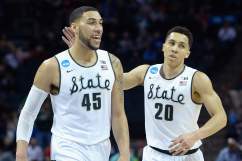 Read More
Basketball, NBA, Sports Betting
The Golden State Warriors already have the top seed locked up, but that hasn't stopped them from covering eight of their last nine. Can that continue Saturday?