Frank Kaminsky gets to the rim late in the game as the Wisconsin Badgers win the epic rematch with Kentucky 71-64 and advance to play Duke in the National Championship Game on Monday night. Getty)

The game starts at 9:18 p.m. Eastern and will be covered by CBS. The announcers for the game will be Jim Nantz, Bill Raftery, Grant Hill and Tracy Wolfson. 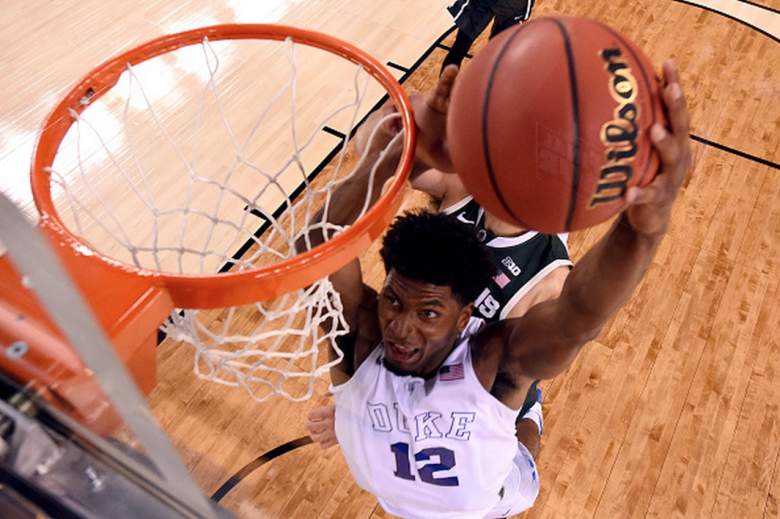 Duke’s Justise Winslow goes in for the dunk against Michigan State in the Final Four during the 2015 NCAA men’s basketball tournament. (Getty)