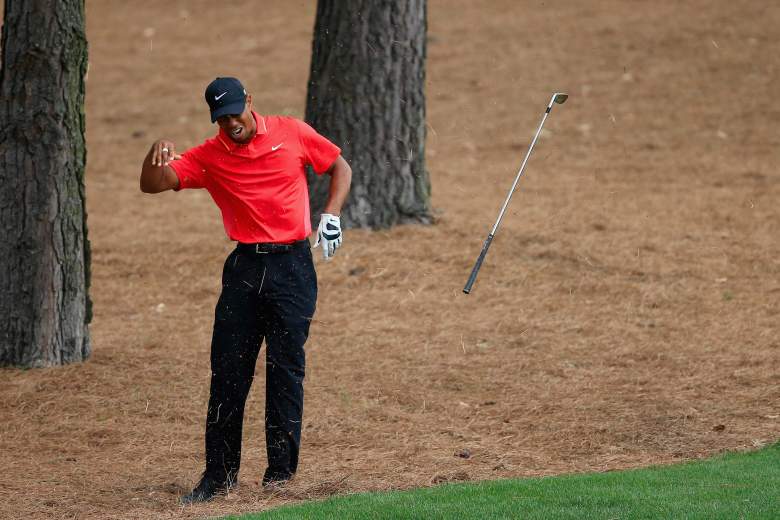 Tiger Woods tosses his club after hitting a tree root on a shot Sunday. (Getty)

We hadn’t seen Tiger Woods on a golf course since early February at the Farmers Insurance Open. But that was only for a brief period as he withdrew.

Shortly after, the former world’s No. 1 announced he was taking a self-imposed leave of absence.

But Woods returned this past weekend at the Masters and played well, finishing at 5-under 283, good for a T17.

So everything’s good, right? Tiger’s back on the PGA Tour full-time, yes?

After his round, Woods had this to say when asked by CBS when he’d be playing again:

It’s not going to be for a while. I have a little time off, and will go back to the drawing board, work on it again, and refine what I’m doing. I really like what I’m doing, I got my distance back, and everything is good. Now my short game’s my strength again, which is good stuff.

So, we got our Tiger Fix and now it’s anybody’s guess when we’ll see him again.

There was a scary moment for Woods Sunday. He was hitting out of some pine straw on the 9th hole when he appeared to hit a hidden tree root. Woods tossed his club and grimaced in pain. He said he felt a bone pop out in his right wrist. He told CBS:

A bone kind of popped out and a joint went out of place but I put it back in. It hurt. It definitely hurt. I didn’t know there was a tree root there. I drove my hand or drove the club straight into it. It didn’t move. But my body kept moving. There was a little joint that popped out and I was able to somehow put it back in, which didn’t feel very good, but at least it got back in and I could move my hand again. 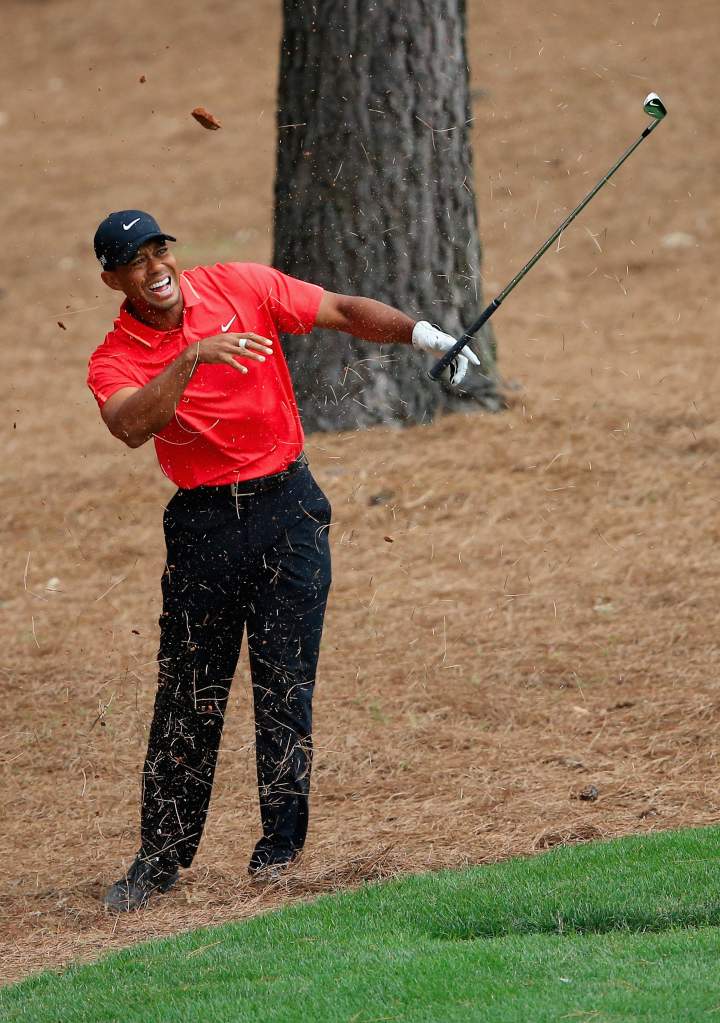 Tiger Woods said he felt a bone pop out in his right wrist after hitting a hidden tree root on a shot. (Getty)