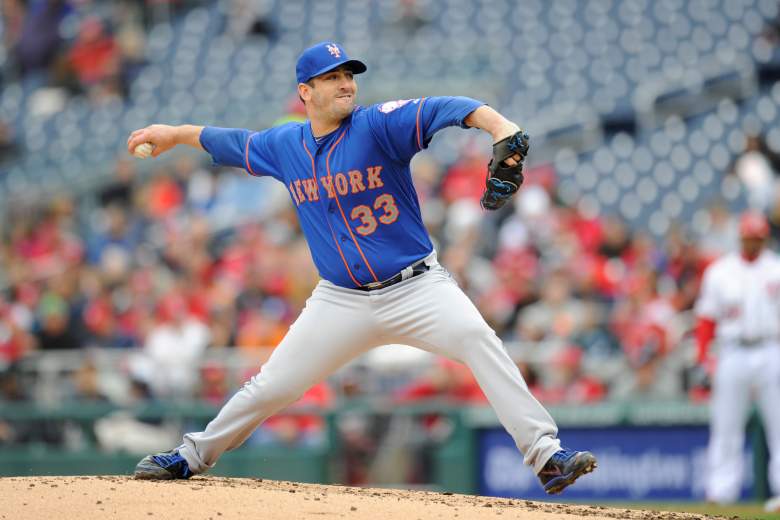 Some days you look at your fantasy lineup and scratch your head.

Sometimes you’ll ask yourself “who is this guy?” or “why is he in my lineup?” Your lineup is not going to be full of sexy names every day. And that’s A-OK.

That’s kind of what my lineup looks like for May 1. But I’m totally cool with it.

I researched all the matchups on Friday’s schedule and I feel good with my picks. Some are risky, but I wouldn’t put any player in my lineup I thought had no chance to produce. I’ve got money vested into these picks, too.

I splurged on my pitcher, Matt Harvey of the Mets, and needed to find some batter bargains. I think I did.


Here are the best FanDuel lineup picks for May 1:

Harvey has a surprisingly-high 5.25 ERA at pitcher-friendly Citi Field, where he’ll face the Nationals. And his counterpart is Max Scherzer, so not a guaranteed +4 points that comes with a win (nothing really ever is). But I’m banking on Harvey going deep into the game, keeping the runs (very) low and racking up the strikeouts.

McCann is red-hot, going 4 for his last 8 with a home run, 2 doubles and 4 RBIs. Couple that with his success vs. Red Sox starter Justin Masterson (4 for 6), and I’ve found my usually hard-to-find catcher for the day.

Mauer again, huh? I used him once earlier and it paid off. He’s become rather punchless in the power department, but has 2 homers vs. White Sox starter Jose Quintana as part of the 9 hits in 21 at-bats. Mauer’s coming off of 2 consecutive 3-hit, 2-RBI games and he’s batting .367 with 8 RBIs over the past week. And he’s cheap. Yeah, you could do worse than Mauer on Friday.

LaMahieu is second in the majors with a .406 average. While he won’t be the next Ted Williams, LaMahieu has a decent chance to stay above .400 for another day as he’s 7 for 18 (.389) with a homer vs. Pads starter Ian Kennedy. DJ spun the heads of the San Diego staff last season to the tune of a .375 BA.

One of the riskier picks for the day as Aviles isn’t even guaranteed to start. My guess is he will as his platoon-mate Jose Ramirez has been horrible. And the Indians are facing Blue Jays lefty Mark Buehrle, whom Aviles has a decent .282 average against. Ramirez is just 1 for 23 vs. southpaws so he’ll be on the bench. I needed a cheap player and Aviles fits.

I see Longoria has 6 career home runs vs. Orioles starter Chris Tillman, including 1 this year. Tillman’s been brutal, get all over Longoria.

Pederson has 2 HRs in the past 3 games and has done almost all of his damage vs. right-handers. He faces one tonight in the Diamondbacks’ Rubby De La Rosa, who is allowing a .333 to lefties like Pederson.

I use Holliday often because he’s relatively inexpensive for the amount of points he gives you. And I like his chances vs. the resurgent AJ Burnett. Holliday is 9 for 30 with a homer and 7 RBIs.

Like Aviles, Revere is a bit of a risk, but I’m confident in the Phillie OF Friday. Prior to a day off Thursday, Revere had 7 hits in 5 games and boasts a .500 (8 for 16) average vs. Tom Koehler of the Marlins. At that basement bargain price, Revere could be a steal.

Play fantasy golf each weekend as the PGA Tour is in full swing. Get all the information you need about fantasy golf over at DraftKings.