This year’s Summerslam will be held from the Barclays Center in Brooklyn, New York on Sunday, August 23rd, and available live on the WWE Network. For the first time in six years, WWE’s annual summer pay-per-view will be held away from the Staples Center in Los Angeles, California.

There is a lot of anticipation building over this year’s event due to the post-Wrestlemania 31 hype with Brock Lesnar and the negotiating of a new contract extension. That, and new faces — WWE World Heavyweight Champion Seth Rollins, Dean Ambrose, Roman Reigns, Bray Wyatt, Ryback and Kevin Owens — have stepped into the spotlight and emerged as breakthrough stars. All of this has happened with the absence of Brock Lesnar. 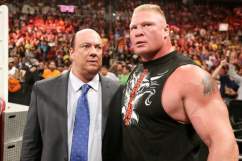 While there is no credible way to confirm this until the WWE officially releases it, here is the 2015 Summerslam poster that has been making rounds on Twitter:

The poster is headlined by Brock Lesnar and Roman Reigns side-by-side, giving a strong clue that the two could possibly be headed for a Wrestlemania 31 rematch in the event’s main event; possibly for the WWE World Heavyweight Championship, depending on the storyline that Lesnar is involved in once he returns. Lesnar’s main storyline will be his reinstating and rematch for the championship he never lost at Wrestlemania.

Summerslam will be in a heavily smarky crowd in Brooklyn, so if this is the planned main event, Lesnar will be heavily cheered as a face while Reigns, like Wrestlemania, would expect some boos. 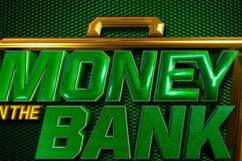