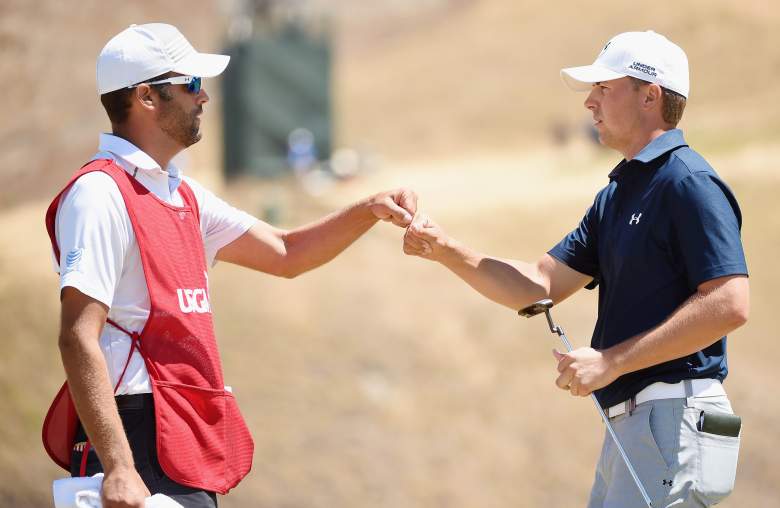 Friday’s second round of the U.S. Open was eventful, to say the least.

Masters winner Jordan Spieth fired a 67 at Chambers Bay and had his name near the top of the leaderboard heading into Saturday’s third round.

Then there was Tiger Woods, who followed a first round 80 with a 76 Friday. Woods’s 16-over 156 was tied for the second-worst score of the first two rounds. Needless to say, Tiger won’t be around for the weekend. Playing partner Rickie Fowler didn’t fare much better. Fowler also missed the cut after going 14-over.

There was also a scary moment when Jason Day collapsed on the 18th hole after experiencing dizziness. He received medical attention, but continued playing. He is at 2-under for the tournament. You can see video of the incident below.

Dustin Johnson, Patrick Reed and Henrik Stenson were near the top of the leaderboard, but were still on the course at the time this post was published.

Keep reading for the day’s scores and other highlights:

Scores of those players who have finished their second round

A great drive leads to this great putt, and @PReedGolf joins @DJohnsonPGA at the top of the #USOpen leader board. http://t.co/NbNen3Zsh9

.@Chris_Kirk_ was just inside the #USOpen projected cut after front 9 struggles. This should help. http://t.co/vtUkxxgRUz

Dustin Johnson is heating up at the #USOpen. http://t.co/tcX6c7b0hz

Golf is a game of inches. #USOpen http://t.co/H7vDbZKLvg

Ryan Palmer closed his second round with a statement. #USOpen http://t.co/9CkZaKK24e

It doesn't get much better than this. Jamie Lovemark from the bunker on No. 7 to move up the #USOpen leader board. http://t.co/vaRxcUiFvQ

The birdie putt drops and @4Brian_Cam adds his name to the mix at the top of the #USOpen leader board. http://t.co/AK0FCfB3I1

Jason Day Collapses On the Course

Jason Day collapsed on the 18th fairway after feeling dizzy. He received medical attention and returned to the course to finish his round. He is at 2-under for the tournament after shooting a 70 Friday.

Day withdrew from the Byron Nelson 3 weeks ago after feeling dizzy.

It’s unknown if Day will withdraw or not. 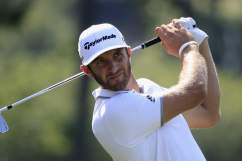 Read More
Golf, PGA Tour, US Open 2015
Cut day at the U.S. Open saw a few big names on the wrong side of the number, while Dustin Johnson and Jordan Spieth had excellent rounds.