Surveillance video of Florida State University quarterback De’Andre Johnson punching a woman at a bar last month has been released by the State Attorney’s Office. The altercation occurred at West Tennessee Street bar Yiannis on June 24. According to the Tallahassee Democrat, “De’Andre Johnson turned himself in at the Leon County Jail on June 30 after a warrant was issued for his arrest.”

In the video you can watch the altercation happen at the bottom center of the footage at about 18-seconds in.

You can read more about Johnson here. 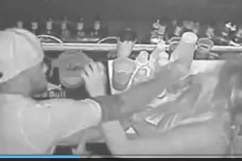 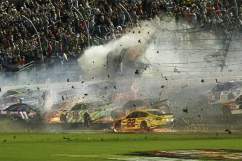