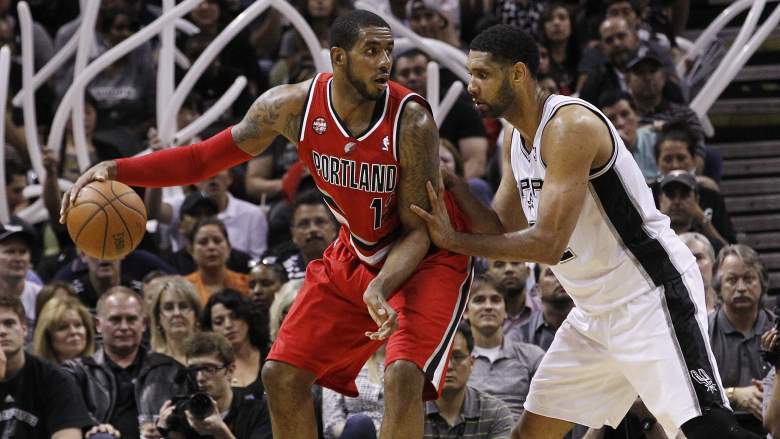 Watch out, NBA. It’s only the first day of free agency, and Gregg Popovich is already wheelin’ and dealin’.

Early Wednesday, Pop and the San Antonio Spurs came to an agreement with sharpshooter Danny Green on an extremely reasonable four-year deal worth $40 million. Not long after, Yahoo! Sports’ Adrian Wojnarowski broke the news that San Antonio had shipped veteran center Tiago Splitter to the Atlanta Hawks: 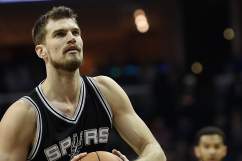 Splitter, who signed a four-year contract at $36 million in 2013, is set to make just under $17 million over the next two years. In other words, this was a salary dump for San Antonio.

In other other words, San Antonio now has the cap space to offer a max contract to LaMarcus Aldridge, one of the hottest commodities on the free-agent market. Not only did the Spurs re-sign Green and unload Splitter’s contract, but Aldridge’s meeting with the Los Angeles Lakers was reportedly underwhelming:

Now, there are still plenty of suitors for Aldridge. The Houston Rockets are in play, while the Dallas Mavericks are bringing in Cowboys to recruit the Dallas native.

Still, after Wednesday’s early moves, it’s hard not to peg the Spurs as a legitimate frontrunner to sign Aldridge. And that should be a very scary thought for the rest of the Western Conference.

Aldridge, a four-time All-Star, averaged 23.8 points and 10.4 rebounds with the Portland Trail Blazers last season. One of the most talented offensive power forwards in the league, he has the mid-range game that would be practically unstoppable in San Antonio’s system, which thrives on moving the ball and finding open shots.

The Spurs have been legitimate title contenders for almost two decades now, and it doesn’t appear they plan on letting that streak end anytime soon.

Read More
Basketball, NBA, San Antonio Spurs
Tiago Splitter has been traded to the Atlanta Hawks. He was an important piece for the Spurs, but his exit frees up space for a move at LaMarcus Aldridge.