Kim Barclay Johnson, the wife of PGA Tour veteran Zach Johnson, was at Augusta providing support and encouragement when the now 39-year-old won the Masters in 2007. More than eight years later, much has changed in their lives, but she’ll still be in a similar position at St. Andrews as he seeks another major title at the Open Championship.

The mother of the couple’s three children, she has been an integral part in Zach’s professional success throughout their 15-year relationship. Let’s take a look at everything you need to know about her.

1. She Graduated From Stetson University

After graduating from Fernandina Beach High School in Florida, Kim made her way to Stetson University, a small, private school in DeLand, Florida. There, she earned a degree in sociology and eventually took her first job with social services in Orlando.

That path would lead her right to her future husband.

While working the social services job in 2000, Kim was living in an apartment a little north of Orlando. It just so happened that Zach, who is from Iowa City originally, was living in the same complex while looking to improve their game in the warm conditions of Florida.

It was Kim who initiated the first contact, as she saw Zach and several of his fellow golfers in the parking lot and pretended to take out the garbage so she could meet them. She was instantly drawn to Zach.

“I went back in after I met them and called my roommate back,” Kim recalled. “I said, ‘I’ve met them, we’re all going out on Friday night and Zach is mine.’ I went and met them so I got first dibs.”

The couple married February 8, 2003 at Amelia Baptist Church in Fernandina Beach, and today, they reside in St. Simons Island in Georgia. 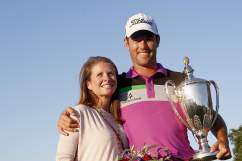 Kim and Zach have three children together. Will, their oldest son, was born just three months before Zach won the Masters in 2007, making him eight years old. Wyatt turns six on July 23, and only-daughter Abby Jane is two.

The couple are also aunt and uncle to Kim’s sister’s children.

4. She & Zach Have a Non-Profit Organization

One of the many programs for the foundation is “Birdies That Care,” which was founded in 2005. Along with Transamerica, Zach and Kim have raised almost $900,000 to help agencies serving children in need. One particular agency that has received funding from “Birdies That Care” is the Community Health Free Clinic.

“Kim and I have seen first-hand the good the Community Health Free Clinic does,” said Zach. “Together, we can reach more kids who are slipping through the cracks.” 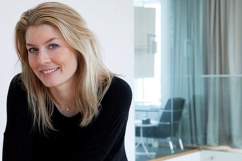 Who Is Adam Scott’s Wife?

5. She Is Crucial to His Success 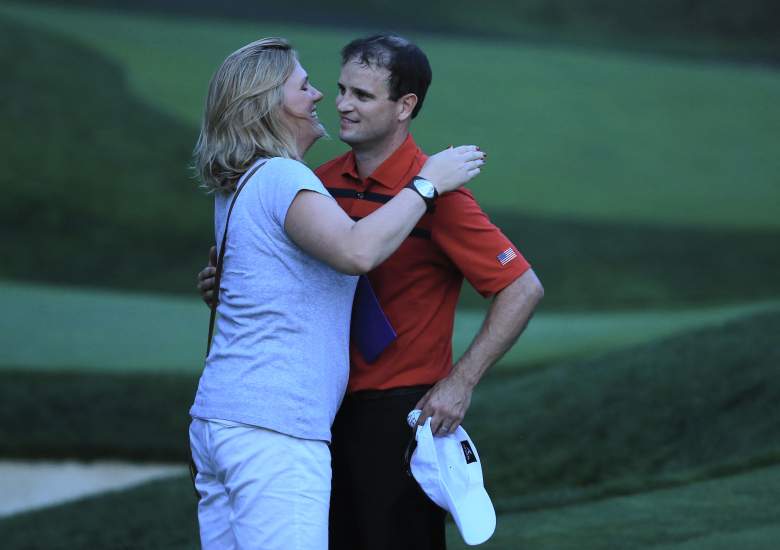 Before Zach met Kim, he was struggling as a professional, missing the first six cuts of the Web.com (formerly Nationwide) Tour in 2000. But with her by his side, he quickly improved. He won the Hooters Tour in 2001, made his first PGA Tour cut in 2002 and won the Web.com Tour Player of the Year in 2003, the same year the couple married.

“Without her, he would not have had that Nationwide (Web.com) year,” said Dave Johnson, Zach’s father.

Johnson explained how his wife has been so important to his success:

You know, there was times, especially in my minitour days and the days when I’m practicing trying to get to this level, where you get beat up. She believed that I would make it to this point the entire time. I don’t know why, because she really didn’t know much about golf back then. But she always felt like that I had something in me and I could really go far in this sport. Just having that confidence and perspective that she’s always given me has been priceless. It’s not tangible, but it’s something that I am forever grateful for.

With Kim providing that unrelenting support, Johnson has 11 PGA Tour wins, including his victory at the Masters, and five seasons inside the Top 20 of the FedEx Cup Standings.

Read More
British Open 2015, Golf, WAGs
Kim Barclay Johnson was there for husband Zach when he won the Masters in 2007, and now she's there as he seeks another major at the Open Championship.