Brandon Wegher scored a touchdown against the Bills with one minute to go in the game. (Photo by Brett Carlsen/Getty Images)

The Panthers beat the Bills 25-24 after trailing behind during both teams’ preseason opener on Friday night. The clincher was Panthers third string quarterback, Joe Webb’s pass to running back Brandon Wegher that ended in a 42-yard touchdown with less than a minute to go in the game. The two point conversion followed to give them the one point victory despite playing catch up during the second and third quarters.

Rex Ryan’s debut game as head coach of the Bills after getting fried from the Jets last season was a let down after losing their lead set EJ Manuel who put them ahead 24-17 with a 51 yard touchdown pass to receiver Deonte Thompson at the end of the third quarter.

Both Cam Newton and Matt Cassel saw little of the field, but during their time Cassel earned his starting quarterback position going 7 of 8 for 45 yards in two series while Newton went 5 of 10 for 83 yards, consisting of a 2-yard touchdown pass to Kelvin Benjamin to put them on the board in the second quarter.

Read on for highlights on how it all went down:

Wegher scored the only touchdown in the fourth quarter to give the Panthers a chance to clinch the game with a minute left to go. The touchdown was followed by a 2 point conversion completed by Joe Webb to Paul Browning to make the score 25-24 Panthers with less than a minute left in the game.

EJ Manuel threw a beautiful pass to Deonte Thompson who ran it in to complete a 51-yard touchdown. The Bills took the lead once again at 24-17 with 1:55 left in the third quarter.

LeSean McCoy Made a Short Debut For the Bills

McCoy played for 6 carries for a total gain of 16 yards for the Bills in his first game.

Jordan Gay Redeemed Himself With a 52 Yard Field Goal

IK Enemkpali Got Time in the Game

IK Enemkpali #75 of the Buffalo Bills warms up before the game against the Carolina Panthers.(Photo by Brett Carlsen/Getty Images)

Defensive end IK Enemkpali got playing time against the Panthers two days after he was released from the New York Jets for breaking Geno Smith’s jaw. Smith will be out for 6-10 weeks.

Wide Receiver Brenton Bersin scored a touchdown to put the Panthers up by 3 and to give them the lead for the first time during the game with 10:55 left in the third quarter. The play was under review, but the touchdown stood. He also laid out IK Enemkpali which everyone seemed more excited about.

Derek Anderson Opened the Half With a Bang

Highlight No. 4: Derek Anderson to Devin Funchess for a 34-yard catch down the sideline. pic.twitter.com/2omFwpHXDf

Anderson who’s filling in for Newton as the Panthers’ quarterback began the second half with a 35 yard completion to rookie Devin Funchess.

You know a play was money when it fakes out the entire defense. Tyrod Taylor. 20 yards. #CARvsBUF http://t.co/ZOcqcvOJIF

Tyrod Taylor had himself a first half after Matt Cassel was taken out with 47 yards rushing and 49 yards passing by the end of the first half.

.@GrahamGano aces the 47-yard field goal to make it #Bills 14, #Panthers 10 at the end of the first half. #CARvsBUF pic.twitter.com/lZH3VK0qJu

Gano nailed a 47 yard field goal for the Panthers with less than a minute left in the half to make the score 10-14 behind the Bills.

Bryce Brown Ran It In to Give the Bills the Lead

After gaining yards throughout the drive with the help of Tyrod Taylor, Brown finished it by running it in from 4 yards out to make the score 14-7 Bills with 2:26 left in the half.

Corbin Bryant Was Out For the Game With an Injured Knee

Defensive tackle for the Bills, Corbin Bryant, was taken out of the game after suffering a knee injury and will be out for the rest of the game. This could be devastating for the Bills if it ends up being serious considering he is having a great camp and considered their top guy in his position.

Newton Passed to Kelvin Benjamin to Tie the Game 7-7

Newton threw a 2 yard touchdown to Kelvin Bejamin for the Panthers’ first touchdown to tie the game 7-7 at 9:15 in the second quarter.

Karlos Williams taking it to the house in slow-mo. #BillsMafia pic.twitter.com/6SKmVFFDE3

Rookie Karlos Williams jumped over the pile at the endzone to score the first touchdown of the game with 12:54 left in the second quarter after a scoreless first quarter.

Preview: Rex Ryan’s Debut and the Safeguarding of Cam Newton

The Buffalo Bills and the Carolina Panthers will face-off in their first preseason game tonight at 7:00 PM EST at Ralph Wilson Stadium in Orchard Park, NY.

The Carolina Panthers are depending on Cam Newton and in need of a solid offensive line to defend him. This first preseason game agains the Bills will give them an inkling as to how to improve and if it will be enough to get through the season without losing their starting quarterback.

With new head coach Rex Ryan and former San Francisco 49ers offensive coordinator Greg Roman, the Bills could see a huge turnaround from last season and lots of major changes. This game will help them determine whether Matt Cassel deserves a secure spot as their starting quarterback for the upcoming season. Other players such as Bryce Brown and Marquise Goodwin will also have a chance to grab a spot on the roster come September based on their performances during the preseason, starting tonight.

The Panthers’ of course are looking to win the game, but more importantly they want to avoid losing anymore players to the injury list that includes Johnson with an injured calf, Lotulelei whom will be missing from the defensive line and Silatolu whom will be absent from the offensive line. Cam Newton and the rest of the starters will be doing what they can in the first quarter before the backups come in to fight for roster spots.

Commentators Rob Stone and Steve Tasker will be the voices of the game on television, along with announcers John Murphy, Mark Kelso and Sal Capaccio. 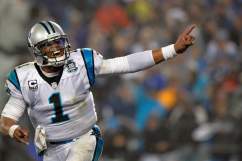 How to Watch Bills vs. Panthers Live Stream Online