Danny Wuerffel’s NFL career did not go according to plan.

Wuerfell, one of the most dominant football players ever at the University of Florida, floundered in the NFL and left the league without much fanfare after several disappointing seasons. But while there were those who discredited Wuerffel for his failings in the NFL, it was what he did after he walked away from the game that will be his legacy.

The former Heisman Trophy winner has since devoted his life to charity work, joining the Desire Street Ministries in 2002. When Hurricane Katrina made landfall in New Orleans in 2005, Wuerffel made it his mission to help rebuild the city through his work with the Ministries. Now, a decade after the storm, that’s exactly what Wuerffel is still doing and his work will be documented in the new ESPN Films special “Wuerffel’s Way.”

The documentary, part of the “SEC Storied” project, will premiere at 6:30 p.m. on August 28 and will be rebroadcast on the SEC Network on September 1. Here’s what you need to know about Wuerffel’s football career, his charity work and his dedication to his city:

1. Wuerffel Was a Standout at the University of Florida in the Mid-90’s 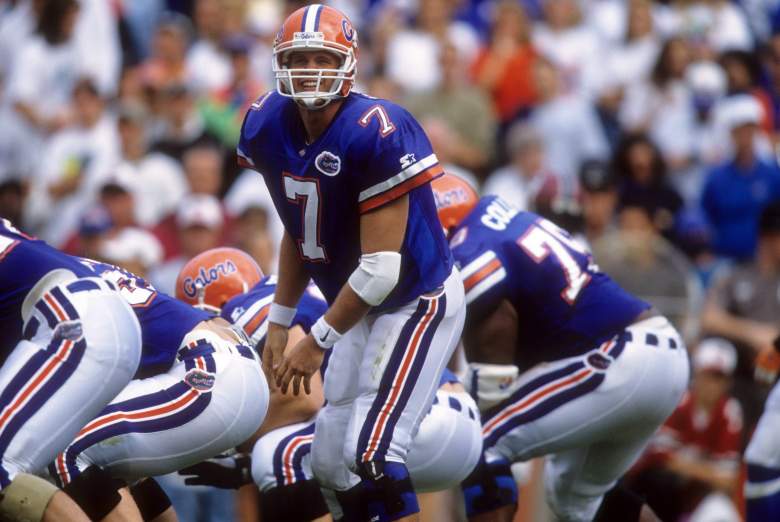 Wuerfell led Florida to four SEC titles as well as a national championship in 1996. (Getty)

Danny Wuerffel played quarterback for head coach Steve Spurrier at the University of Florida from 1993 to 1996 and graduated from the program as one of the most decorated players in school history.

With Wuerffel under the center, the Gators won four consecutive SEC championships and the Florida native won the Heisman Trophy in 1996. That year he also led Florida to a national championship with a 52-20 victory over Florida State in the Sugar Bowl. Wuerffel described his college career with FOX Sports:

Well I had a great bookend to my career.

My first real moment was against Kentucky, throwing a game-winning touchdown to my good friend Chris Doering. My last experience was beating Florida State in the Sugar Bowl for the national championship.

It’s about as good a beginning and end to a career as you could ask for.

In 2006 Wuerffel was inducted into the University of Florida Athletic Hall of Fame and in 2014 he was enshrined in the College Football Hall of Fame. 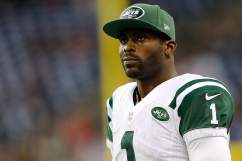 Michael Vick & the Steelers: 5 Fast Facts You Need to Know 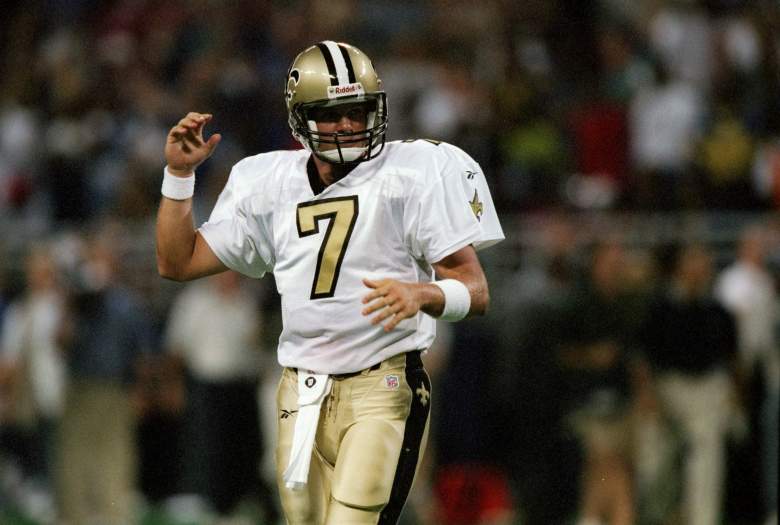 Wuerffel spent just three seasons in New Orleans after being drafted in 1997, part of an NFL career that disappointed many. (Getty)

After a dominant college career at the University of Florida Wuerffel was drafted out of the swamp when the New Orleans Saints selected him in the fourth round of the 1997 NFL Draft.

Wuerffel played three seasons with the Saints, appearing in a total of 16 games. He also played for the Green Bay Packers, Chicago Bears and Washington Redskins before deciding to retire from the NFL in 2002. His best season under center came in 2002 when he throw for a career-best 719 yards with three touchdowns and a 63.6 completion percentage.

Shortly after retiring from football in 2002, Wuerffel joined forces with Desire Street Ministries, an organization originally formed in 1990 and based in New Orleans. The organization began with coaching and mentoring young people who lived in the city’s Desire public housing project but the group took a hard hit when Hurricane Katrina made landfall in 2005.

When the waters rose in the city, the academy’s campus was swamped and its students forced to evacuate. Wuerffel and his wife Jessica contacted 80 students and brought them to the academy’s evacuation location in Florida before setting up a temporary in Baton Rouge.

Although the Baton Rouge location was eventually forced to shutter its doors, Wuerffel never gave up on the work or his attempts to help rebuild New Orleans after the devastation of Katrina. Wuerffel explained his mindset to ESPN shortly after the Hurricane:

We have lost our house and all our stuff. My family and I have re-learned the difference between wants and needs. We are safe, we have each other, and food and shelter. My wife Jessica and son Jonah are fine. We don’t need anything else. What this does is to give us the opportunity to do more good than ever. We will do that.

In the years since the academy closed, the foundation still helped launch the St. Roch Community Church in the 8th Ward and just recently saw five students graduate from college in May.

4. He Is Now the Executive Director of the Ministries

Wuerffel now serves as the executive director of Desire Street Ministries and has long worked to bring the group back to New Orleans.

The key focus of that return is based on a new community center, medical clinic and early childhood development. The project, which has been bogged down in red tape, will be called Desire Community Square and will be run by local non-profit organizations Abundance of Desire, Daughters of Charity and Kids of Excellence.

Although some have questioned the organization’s commitment to New Orleans, Wuerffel is quick to point out the work the group has done over the past decade. He told NOLA.com, “I also understand whenever you’re not physically somewhere, and when all the energy used to be in one location and now we’re growing regionally…But I’m very grateful for our board and our team and all the people that have continued to invest in New Orleans and Desire Street, and we’ll continue to do that in the years to come.” 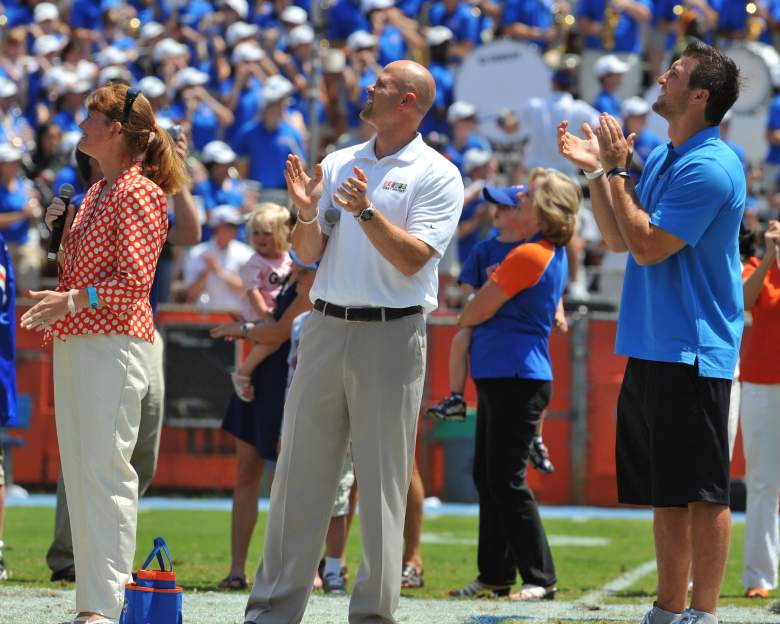 Wuerffel has maintained a strong presence at Florida after graduating from the program nearly 20 years ago. (Getty)

Wuerffel announced in 2011 that he had been diagnosed with Guillain-Barré syndrome, a rare auotimmune disorder that causes paralysis. The former NFL quarterback realized something was wrong when he began losing sensation in his legs and strength in his arms after battling a stomach virus.

According to doctors, Wuerffel’s immune system started to attack the nerves that control movement and sensation, mistaking them for the virus. His wife, Jessica, spoke to ABC News about the diagnosis:

He’s hanging in there. It’s a distressing situation but, to be honest, his faith is strong. The thing with Guillain-Barré is you can’t really give a timeline. But knowing him and his competitive nature, he’ll want his body to heal as fast as possible.

The disease affects about one in 100,000 people and treatments include plasma exchange and intravenous immunoglobulins.