The Louisiana native has been the best for such a long time, both at Dutchtown High School and Alabama, that the entire football world expects him to immediately step into the NFL and start racking up tackles and interceptions. While some rookies may find those kind of pre-season bars vaguely unattainable, Collins, selected in the second round by the New York Giants, expects all that and more for himself.

After becoming a viral sensation when he was just a teenager, Collins is already in the discussion as a potential starter in the secondary this fall. Here’s what you need to know about the highly touted rookie:

1. Collins Grew Up in New Orleans But Left After Hurricane Katrina

Collins grew up Algiers, directly across the Mississippi River from the French Quarter, playing sports with his younger brother and sister. By 2005, Collins was already considered a top football prospect and was slated to play linebacker, with his dad serving as coach, that fall.

Then, Hurricane Katrina hit. The family didn’t return to their home until nearly Thanksgiving and it was as if Collins had never lived there. His mother’s house was, for the most part, stable but his father’s home in Plaquemines Parish was destroyed. Collines told Alabama.com:

I remember the wind hitting harder and harder and thinking the storm is about to hit us too. We were nine, 10 hours away and it was about to hit us. That was the worst vision and experience I’ve ever experienced. All I could think about was, would I have a home to go to? One part was halfway up the road and another part was on a football field in South Plaque.

When Collins’ father and step mother, Jamie, built a home in Geismar, about 60 miles from New Orleans, decided to move and enrolled in Dutchtown High School. 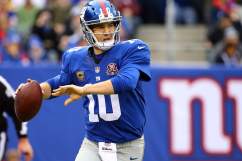 2. He Was One of the Top Sprinters in the State During High School

Although football was definitely Collins’ athletic bread and butter, he was also a standout track & field athlete, regarded as one of the top sprinters in the state while attending Dutchtown High.

In 2011, Collins ran the second leg of the 4X100, leading the team to a new school record of 41.10 seconds at the Josten’s Invitational. He also won the 100-meter dash as the 2012 Episcopal 4-Way Championships with an almost ridiculous time of 10.28 seconds. At the LHSAA Class 5A state championships that year, Collins once again ran the second leg of the Dutchtown 4X200 squad, running towards a state title.

Collins’ showcased his speed recently as well, running the 40-yard dash in 4.53 seconds at the NFL combine.

3. Collins’ Mother Wanted Him to Play College Football at LSU

A five-star recruit out of high school, Collins was courted by a handful of the top football programs in the country. He officially announced his intention to play at Alabama during the Under Armoru All-America Game but while the Crimson Tide fanbase was thrilled, there was one very specific person who wasn’t; Collins’ mother.

During the live announcement, April Justin, said on air, while holding up her index finger miming the number one, “I feel LSU is a better place for him to be. LSU Tigers No. 1.” She then picked up the LSU gloves, the ones her son did not choose, and jiggled them in front of the camera.

The moment blew up. Suddenly, Collins was the recipient of hate-filled messages on nearly every social media outlet and sports shows showed the clip non-stop for days to come. Collins said that he had known he wanted to play for ‘Bama years before that now-infamous moment, telling ESPN:

I actually made the decision two years ago. But I also knew that I had to make sure. That’s been the thing for me and what I have always said. I felt so much at home at Alabama. I have so much trust in those coaches and I get along so well with the players. That is why I ultimately picked Alabama.

Alabama was the perfect fit though. In three years with the Tide, Collins found his defensive niche quickly, becoming a starter during his sophomore season. In 2014, Collins recorded a team-best 98 tackles, three interceptions and was named a unanimous All-American. 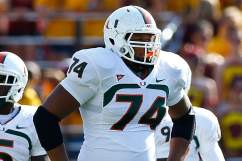 4. The Giants Traded Up to Draft Collins in the Second Round 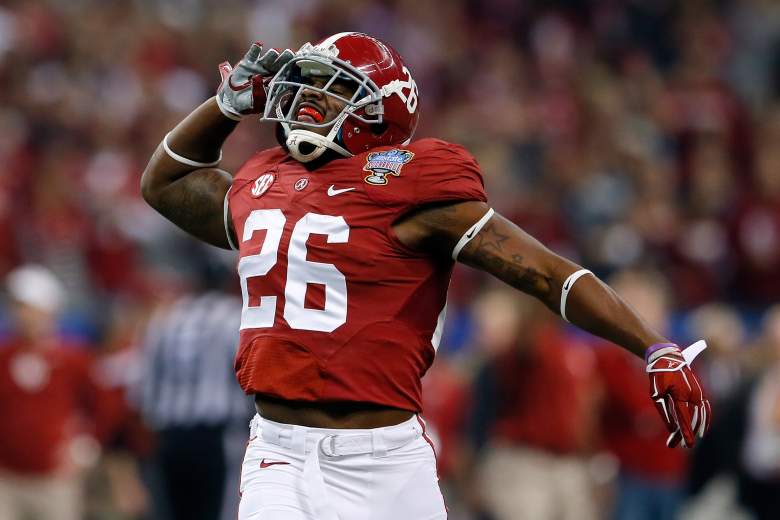 The Giants desperately needed a new name int he secondary after losing veterans Antrel Rolle and Stevie Brown in the offseason. So, New York made sure they got their man, trading up with the Tennessee Titans to select Collins in the second round of the 2015 NFL Draft with the 33rd overall pick.

Want to give a big thanks to my big bro DRC for blessing me with the number of my idol Sean Taylor. Means the world! pic.twitter.com/1DOER2JbTw

Collins, who was projected to go in the first round of the draft, was the last Giants rookie to sign a contract, inking a four-year rookie deal on June 19. Although the exact specifications of the deal were not officially released, The New York Daily News reported that the contract was expected to be worth about $6 million with a signing bonus in the $2.5 million range.

5. He’s Expected to Start at Safety This Fall

The expectations for Collins are sky-high this preseason and the rookie has already seen plenty of time with the starters during drills during training camp. In fact, Collins is expected to start at safety when the Giants open their season at Dallas on September 13. Still, that doesn’t mean there isn’t competition. Safety coach David Merrit told reporters at camp that the roles were still up in the air:

Collins has been working with veteran defensive backs Prince Amukamara and Dominique Rodgers-Cromartie, learning Steve Spagnulo’s playbook and working to find that leadership edge that served him so well at Alabama. He told reporters, just days into his first professional training camp, that he while the outside expectations for his play may be high, his own hopes are even higher, saying, “Defensive Rookie of the Year, that’s my expectation.”