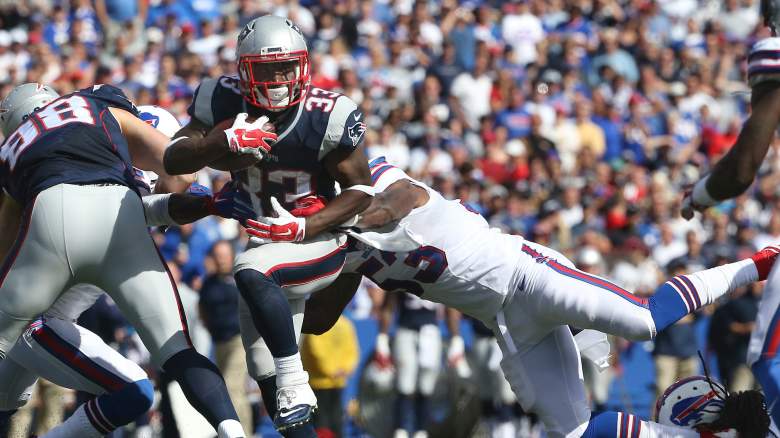 As Dion Lewis was gashing the Pittsburgh Steelers in Week 1, he fumbled at the one-yard line. Knowing Bill Belichick’s historically short leash when it comes to running backs, most figured his day was over.

It wasn’t. He was in on the next drive.

As Lewis was gashing the Buffalo Bills in Week 2, he again let the ball slip loose, and this time the Pats didn’t recover. Surely, after his second fumble in two weeks, his day was over.

It wasn’t. He was in on the next drive.

“He’s been a really dependable player for us,” said Tom Brady after the game. “I know he’s fumbled, but you know, running backs fumble. You have to be able to bounce back from it and he did. He came up with some huge plays there later in the game.”

This is important when determining Lewis’ fantasy value. While the fumbles are certainly a concern, especially if they continue, the fact Belichick put him right back in the game is a testament to Lewis’ value.

Another testament to that value? Against the Bills, he played 73 snaps, while LaGarrette Blount, the presumed starter, played seven. Granted, Lewis is the passing-down back, and the Bills’ stout run defense forced Tom Brady to throw an unusual 49 times, but you don’t play 85 percent of the offensive snaps without having value in every facet of the game.

And Lewis has exactly that. As a rusher, he has tallied 109 yards and a touchdown on 22 attempts (5.0 YPC). As a receiver, he has caught 10 of 14 targets for 149 yards. According to Pro Football Focus, he has broken 16 tackles (nine as a rusher, seven as a receiver), most in the NFL.

The 24-year-old Lewis, who dominated at Pittsburgh but suffered a major setback in 2013 when he broke his leg, is an elusive, versatile back who has the talent to succeed. His fantasy value just depends on what role he’ll have going forward.

In PPR leagues, Lewis is a must-own player, and you shouldn’t hesitate to use a high waiver priority on him. He’s going to get all the passing-down work, he’ll be mixed in on earlier downs and he’s legitimately the No. 3 receiving option in a high-octane offense.

In standard leagues, you can tread a little lighter. Blount should get more work in games when the Patriots run more, and it’s always difficult to forecast how Belichick will use his running backs on a weekly basis. Lewis should be owned everywhere for his immense upside, but in touchdown-heavy formats (read: non-PPR), you should only use a high waiver priority on him if you are running-back needy. 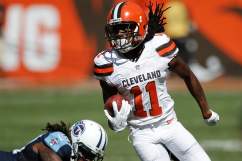 Read More
Fantasy Football, Fantasy Sports, Football, New England Patriots, NFL
Dion Lewis has established himself as a clear target in fantasy football leagues. But just how aggressively should you go after him on the waiver wire?