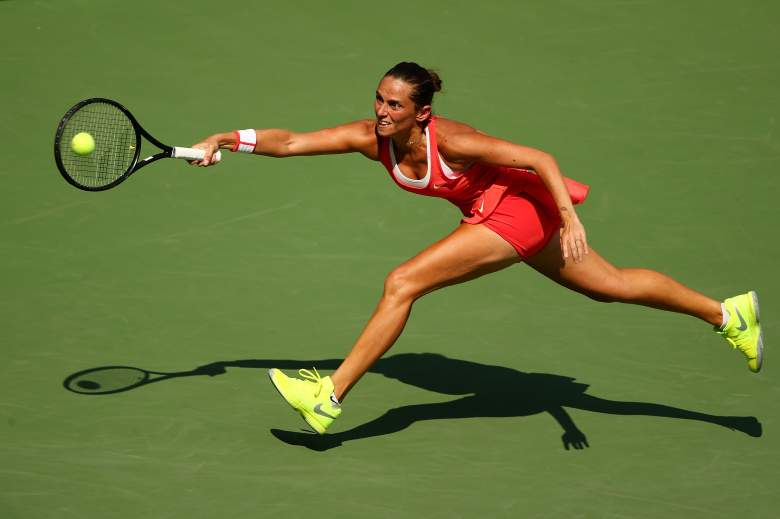 Robert Vinci is having a pretty good US Open.

The Italian tennis player entered the tournament as an unseeded singles competitor and has, somehow, worked her way into her first-ever Grand Slam semifinal. Now she’s playing in her first final. The unseeded Vinci took down top-ranked Serena Williams on Friday afternoon, winning 2-6, 6-4, 6-4, securing her spot in the 2015 US Open championship match.

Vinci, who had never defeated Williams, played spoiler to her quest for a calendar Grand Slam title. Coming into the match, Vinci was a 300-to-1 underdog. Here’s what you need to know about her: 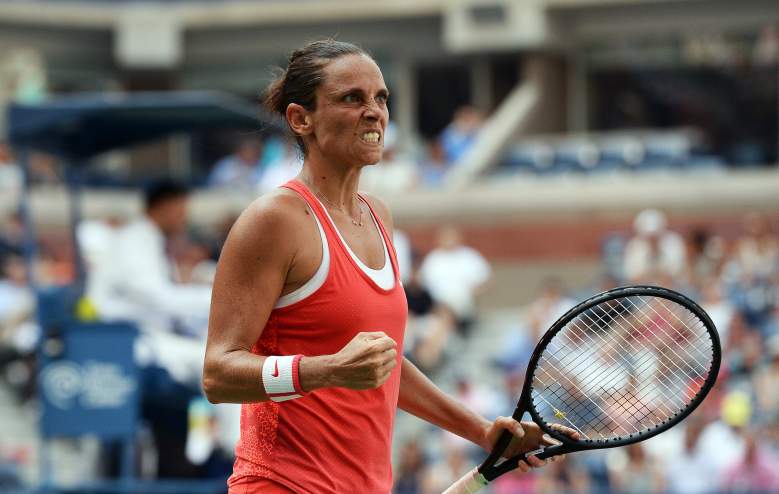 Vinci has been playing on the pro circuit since 1999 and has racked up five Grand Slam doubles titles along the way. (Getty)

Only five women’s pairs have ever won the career Grand Slam in doubles and the accomplishment catapulted Vinci and long-time partner Sara Errani to year-end No. 1 players for three straight years from 2012-14. Vinci is also playing in the US Open semifinals this year.

Although Vinci has been on the pro circuit for more than a decade, she’s found a way to consistently stand out. To start, Vinci has a one-handed backhand. She’s also 5-foot-4. Only one player in the WTA top-50 is shorter. 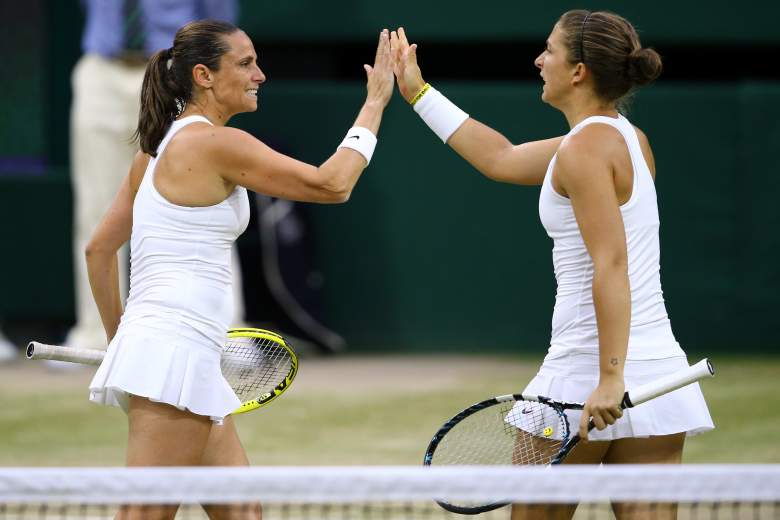 Roberta Vinci and Sara Errani surprised the tennis world when they announced they were ending their on-court partnership in March. (Getty)

Vinci and long-time doubles partner Sara Errani officially announced that they were ending their on-court partnership in March 2015. The pair released a joint statement that effectively shocked the tennis world:

After living a wonderful journey for the past several years, which has given us the chance to reach amazing results, we release the following note to inform you about our decision to end our doubles partnership. It’s our common purpose to start new individual career paths and set brand new goals to try to reach, also for you to enjoy and take pride in.

The split came as a surprise, not simply for their on-court success, but for their off-court friendship. They vacationed in South America in February 2015 and Errani was already discussing the possibility of Olympic gold with Vinci in Rio next year. Still, those close to the pair said that the decision to break up their tennis partnership was not a result of a fight or anything other than a mutual decision.

3. Vinci Is Currently Ranked No. 43 in Singles Play 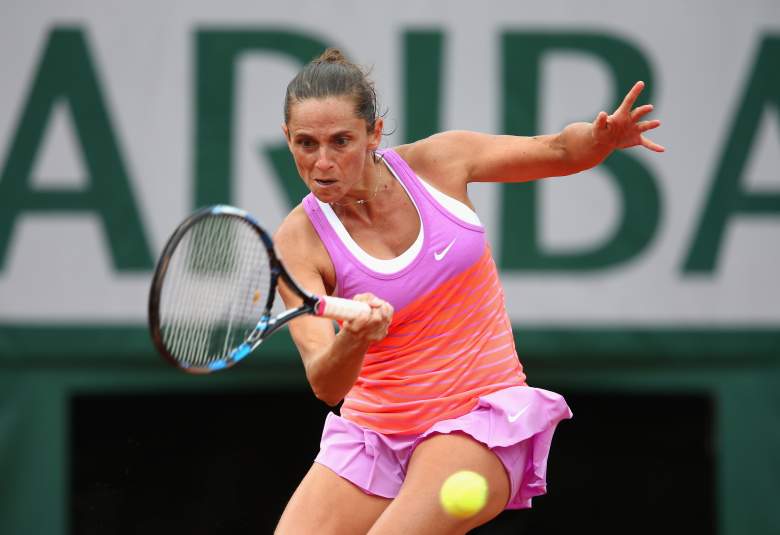 Vinci rose as high as No. 11 in the singles rankings in 2013. She is currently ranked No. 43 in the world and was unseeded at this year’s US Open. (Getty)

Vinci reached a career-high ranking of No. 11 in 2013 but is currently ranked No. 43 and came into this year’s US Open as an unseeded competitor. She’s won nine singles titles over the course of her career, most recently at Palermo in 2013.

Her most impressive wins, however, include strong showings over Simona Halep, Petra Kvitova and Caroline Wozniacki. All three women are currently ranked in the top-five. This is still far and away Vinci’s most impressive singles performance. She said that the US Open was “probably my favorite Grand Slam” citing the atmosphere and adding “I don’t know what it is, but I always play good here.” 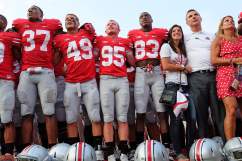 Vinci, who first turned pro in 1999, advanced to her first-ever Grand Slam semifinal on Tuesday afternoon when she defeated Kristina Mladenovic 6-3, 5-7, 6-4. She told ESPN she was thrilled at the chance to make the semis, even if it meant a matchup with Williams:

Of course I think I’m at the end of my career, so my semifinal, first semifinal, it’s incredible. When you work hard for a long time and every single day, sometimes you have some periods down and try to come back. It’s not always easy. But it’s nice. I’m very proud of myself.

The 2015 US Open marks Vinci’s 44th Grand Slam tournament. Only one other player, Elena Likhovseva, played in more before making her semifinal debut in the 2005 French Open.

Vinci has publicly acknowledged that her road to the semis hasn’t been the most challenging. Williams was her first seeded opponent in Flushing as the the two top-10 players she could have faced – Ana Ivanovic and Carla Suarez Navarro – were both upset. Then, in the fourth round, Vinci was slated to take on 25th-seeded Eugenie Bouchard, but Bouchard was forced to withdraw after suffering a concussion when she slipped in the locker room two days before.

5. Vinci Was 0-4 Against Serena Williams, Including Two Losses on Grand Slam Stages

To be more specific, Vinci had never even taken a set off the World No. 1 before the 2015 US Open semifinals. The two had squared off four times over the course of their respective careers, including matches at Wimbledon (2009) and the French Open (2013), and Vinci has yet to really get anything resembling an upperhand on Williams.

Keep in mind, Williams went on to win both of those majors.

The two most recently squared off last month on the hard courts at the Rogers Cup. Vinci fell in straight sets of 6-4, 6-3. The entire match lasted an hour and 18 minutes with Williams recording 12 aces. Vinci later commented on the battle, saying, “The serve. It’s incredible. It’s tough to return.”

Read More
5 Fast Facts, Tennis, US Open 2015
The Italian tennis star, who came into the US Open unseeded, recorded one of the biggest upsets in sports history, defeating No. 1 Serena Williams in the semis.