TCU is thankful they made the decision to make Trevone Boykin their quarterback. After some uncertainty about his position early in his college career, Boykin has cemented himself as both the quarterback and heartbeat of the team. TCU enters the season at #2 in the country and Boykin is a big reason for that. After an amazing 2014 season, college football fans will be watching to see if he can duplicate that in 2015.

1. Boykin Only Received Offers From TCU and UTEP

According to 247 Sports, Trevone Boykin only received two scholarship offers to play college football. Aside from TCU, Boykin received an offer from UTEP. Boykin was a three-star recruit who played at West Mesquite High. He was not a highly recruited player which has worked out quite nicely for TCU.

According to TCU, during the 2014 season Boykin set single-season records for 3,901 passing yards, 33 touchdown passes and 4,608 total offensive yards. The folks in Fort Worth will be watching to see if he can top those numbers during his senior season. 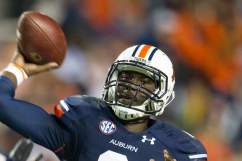 2. Trevone Boykin Was a Preseason Favorite to Win the Heisman Trophy

According to OddsShark, Boykin led the field as a +450 favorite to hoist the Heisman Trophy in December. Ohio State running back Ezekiel Elliott was next on the list at +700. Last season, Boykin finished fourth in the Heisman voting behind Marcus Mariota, Melvin Gordon and Amari Cooper. If Vegas is right, he will be at the top of the list this year.

3. Trevone Is Majoring in Criminal Justice 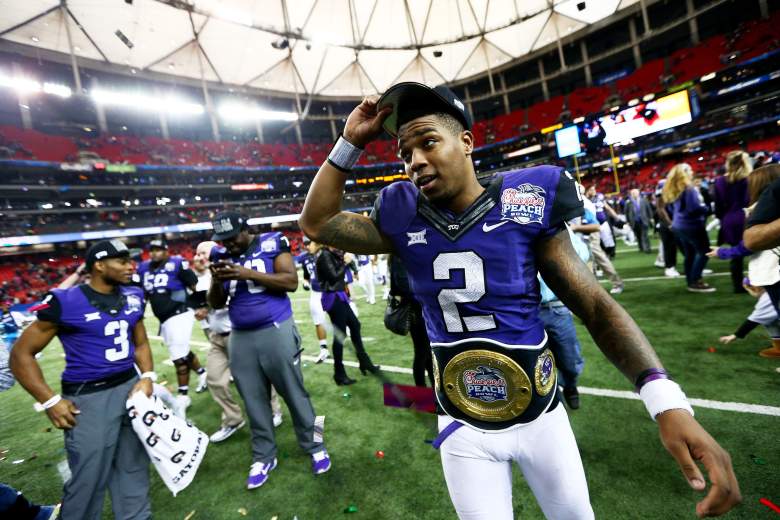 Trevone Boykin has emerged into the national spotlight. (Getty)

According to Fox Sports, Boykin will finish his criminal justice degree this fall. “Maybe I’ll become a cop like Shaq,” Trevone joked with Fox. Depending on his performance this season, he will get looks to continue his career at the NFL level. Currently, his projections go from being a mid-round pick to going undrafted. Boykin will have a better idea of his draft projections after the 2015 season is complete. 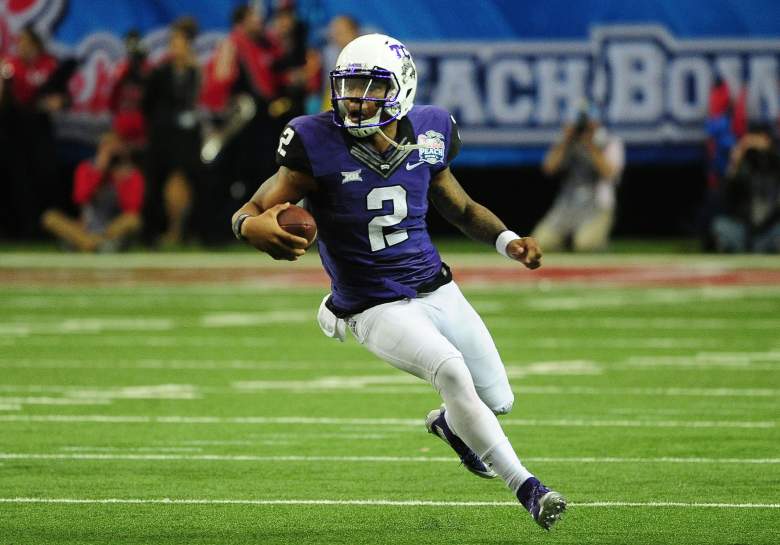 Boykin is a threat as both a passer and runner. (Getty)

Initially, TCU did not know exactly what to do with Boykin. According to Grantland, he began is college career playing wide receiver, running back and a little as a wildcat quarterback. This went on for a few years and there were rumors Boykin would transfer. During the 2014 off-season, TCU Head Coach Gary Patterson decided to install an Air Raid offense.

“We went back to the offense he ran in high school. We kind of went back to what he was used to,” Patterson told Grantland. It is a decision that continues to pay dividends and has TCU as a favorite to make the College Football Playoff.

5. Trevone Has a Pair of Pit Bulls

Trevone’s Instagram account is full of pictures of his pit bulls. According to Fox Sports, Taz and Cookie are the names of his pet pit bulls. His roommate, safety Derrick Kindred, also has a pet pit bull. Boykin also frequently uses his Twitter account to draw awareness to different animal rights issues.