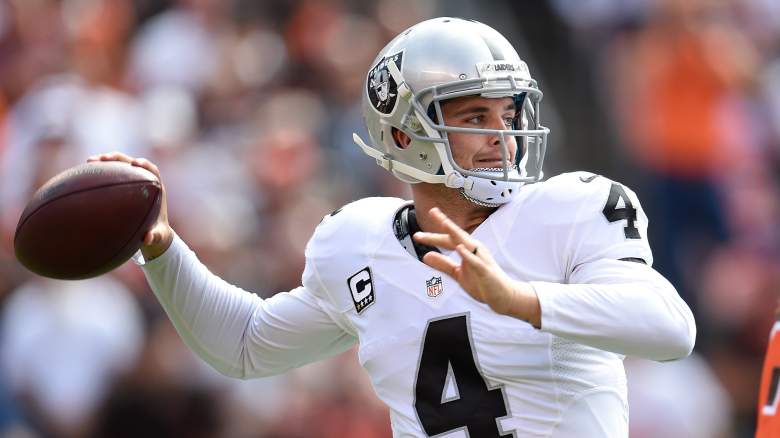 Raiders QB Derek Carr is worth a play in Week 4 vs. the Bears. (Getty)

Your fantasy football team is not going to be chock full o’superstars every week. Won’t happen whether you play in season-long or one-day leagues.

Identifying sleepers is vital to your team’s success. Is it easy? No. But there are two handfuls of these diamond-in-the-rough players out there every week. And Week 4 of the NFL season is no exception.

To know who these players are takes a little work. You need to do some studying and stat-checking. But I am aware a lot of you don’t have much time for that. I do, so I did the research for you! And I think I found a group who should pile up the fantasy points this weekend.

Let’s take a peek at some of the best sleeper picks for Week 4: 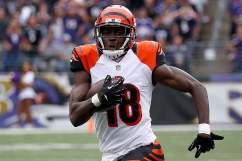 With stud rookie Amari Cooper and the rejuvenated Michael Crabtree as his receivers, Carr won’t be a sleeper much longer. But while he’s still off the No. 1 QB spectrum for now, he can be considered one for Week 4 vs. a Bears unit struggling to defend the pass (and the run while we’re at it). Chicago has given up 8 touchdown passes vs. 1 interception and allows 71.4 percent of passes to be completed. Carr has 5 TDs in the past 2 games and has taken just 1 sack. His brother David, an ex-NFL QB, would get sacked 3 times in pregame warm-ups.

The Colts come in allowing 261 passing yards per game, but 325 over the past 2 with 4 TD passes. While he’ll almost certainly make a bone-headed play or two and his accuracy might lack, Bortles has settled in recently, throwing for 257 yards and 2 TDs per game over the past 2. The Colts’ offense is going to take off sooner or later, and if it’s in Week 4, then Bortles will be forced to air it out.

There’s a very good chance LeSean McCoy sits this one out with a hamstring injury, opening the door for the rookie Williams, who has scored in each of his first 3 games. The Giants are actually second-best vs. the run, but that’s in part because they aren’t tested often since it’s sooooo easy to pass against them (they’re last in that department). A full workload for Williams will pay off for fantasy owners. 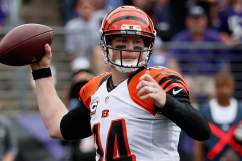 And we all thought Johnson was washed up. While we shouldn’t be calling him “CJ2K” anymore, he’ll be solid source of fantasy points this weekend vs. the Rams, who allow nearly 123 rush yards per game. While Andre Ellington (questionable, knee) might be returning, Johnson is going to be the lead dog while he’s producing. Johnson is not a must-start each week as he’ll surely dole out his share of duds, but this matchup definitely is in his favor.

I’ve always been on the Marvin Jones bandwagon. The man just knows how to score touchdowns. And now back healthy after missing nearly all of last season, he’s looking for a TD in his 3rd-straight game. The Chiefs just allowed Aaron Rodgers to throw for 5 scores, and while Andy Dalton is no Aaron Rodgers, he’s better than he gets credit for. Dalton clearly trusts Jones (especially in the ever-important end zone), so expect the 3rd year WR to get that TD. And at least a handful of other receptions to go with it.

Randle is far from consistent, but he’s coming off his first 100-yard game of the season. Randle’s name would not have appeared in this space as Victor Cruz was supposed to return this weekend, but a calf setback has him out for an unspecified amount of time. It doesn’t hurt the Bills have been very generous to opposing receivers and that Eli Manning appears to be getting the offense in sync. The Bills pass defense (yardage-wise) is only better than one team right now — the Giants.

Josh McCown targeted Barnidge 10 times last weekend, with the 30-year-old tight end hauling in 7 for 105 yards and a score. We’re not looking at the next Tom Brady-to-Rob Gronkowski here, but Barnidge is the team’s second-leading receiver. And as long as the Browns’ running game continues to be nonexistent, they’ll be forced to pass. And McCown, currently the starting QB over Johnny Manziel for some reason, trusts Barnidge. Plus, the Chargers have allowed 10 catches for 116 yards and 2 TDs to opposing TEs. 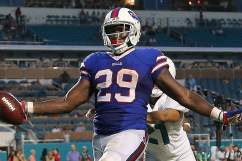 Read More
Fantasy Football, Fantasy Football Rankings, Football, NFL
Looking to get an edge on your Week 4 fantasy football lineup? Of course you are. So keep reading to find out who some of the best sleeper picks are.