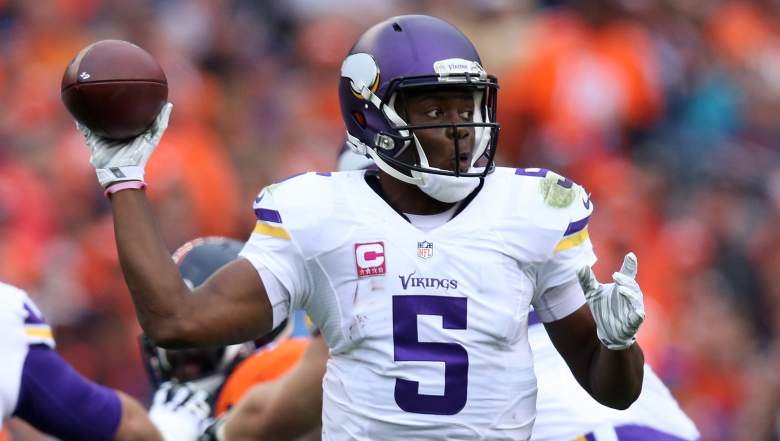 Understanding and paying attention to your league’s waiver wire is vital to your fantasy football team’s success. You need to know who is wading in the free agent pool.

When injuries occur, who is next in line for playing time? What receivers are beginning to see more targets? And what running backs are getting the ever-important goal line carries?

Knowing the answers to those questions can help vault your team from worst to first.

But before we get to the best waiver wire adds for Week 6, don’t forget to bookmark our fantasy football rankings 2015 page to keep up-to-date on the latest projections and rankings so you know you who to start and who to sit each week.

Not exactly a name that elicits a positive buzz, Cutler has thrown for 4 touchdowns over the past 2 games. You could do much worse than Cutler as a bye week or injury fill-in Sunday as he faces the Lions, who have been more than generous to opposing quarterbacks. There’s also a chance WR Alshon Jeffery (hamstring) will return for Week 6.

“Underwhelming,” “frustrating” and “meh” are all words that come to mind when discussing Bridgewater’s 2015 performance. While he’s completing passes, he’s just not getting TDs or yards, and those are kind of important to fantasy success. But looking at his next batch of games, this could all change. The Chiefs, Lions, Bears and Rams have all had their share of struggles in the secondary. If Bridgewater can start clicking with his receivers, he’ll be a great add for the next month.

The crushing injury to Jamaal Charles has opened the door for someone to step up in Kansas City. The preseason handcuff to Charles was Knile Davis, but when Charles left this weekend, it was West and not Davis who saw most of the touches. Both West and Davis are worth adding as this backfield situation is far from settled.

The rookie Allen was very impressive in Week 5, racking up 58 yards on just 8 carries when starter Justin Forsett left with an ankle sprain. Forsett’s ankle sprain isn’t of the high variety, so that’s a positive. Still, though, we’ve seen ankle injuries wreak havoc on running backs. An Allen add makes sense as he could see added work in Week 6 at San Francisco. 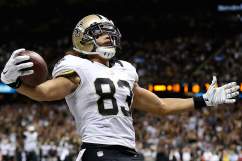 When you gain the trust of Drew Brees, I’m paying attention. And it appears Snead has done just that, seeing 24 targets the past 3 games. With Atlanta’s less-than-stellar pass defense coming to N’Awlins Thursday night, Snead is a receiver you should absolutely add for Week 6.

A definite add for points per reception (PPR) leagues, Crowder is seeing enough targets to warrant roster spots in most formats. While he has 20 targets over the past 2 games, the rookie is only averaging 8.9 yards per catch and has zero TDs. But with the ability to take it to the house at any time, we could start seeing results from Crowder as his role in the offense continues to grow.

Who needs Jimmy Graham when there is no stopping the Josh McCown to Gary Barnidge connection? Touchdowns in 3 consecutive games with two 100-yard games, Barnidge has 26 targets over that span. Barnidge just crushed the Ravens, who entered the game as one of the best units at shutting down opposing TEs.