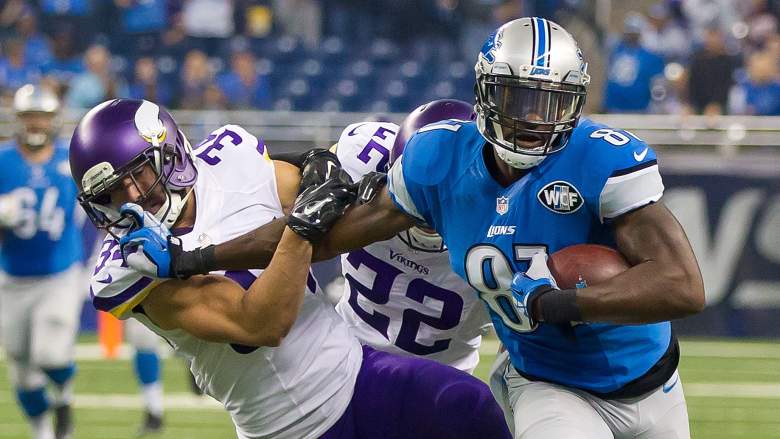 Their numbers are practically identical and All-Pro selections appear to be in their future.

Wide receivers Julio Jones of the Falcons and DeAndre Hopkins of the Texans are two of the league’s best and the stats back that statement up. So who would you rather have the rest of the season, fantasy-wise? Here are their cases:

Julio Jones, Falcons — Jones burst out of the gate, but has slowed recently as the Falcons have found a running game. Jones has 58 receptions (90 targets) for 730 yards and 5 touchdowns, though just 1 over the past 4. He’ll continue to be the No. 1 target for 3-time Pro Bowl quarterback Matt Ryan. You can say Julio is in a good situation.

DeAndre Hopkins, Texans — Hopkins’ numbers (58 catches, 776 yards, 5 TDs) are practically the same as Jones’ though the Texans WR gets a few more targets per game (102 total). Thing is, the Texans have no running game (just lost Arian Foster) and Brian Hoyer as their quarterback. And defenses know Hopkins is getting the ball. Yet he still gets it done.

The Choice: Give me Hopkins and his nearly 15 targets per game. Let’s face it, the Texans are going nowhere and will be playing catch-up often. Garbage points can win a lot of fantasy games. Hopkins has a legitimate shot to catch 135-140 passes this season. Jones won’t approach that as the Falcons’ offense is much more balanced. A sign of a great receiver is being able to produce regardless of who is under center. And Hopkins has shown the ability to do that.

Here are my top 50 running back rankings for Week 8: 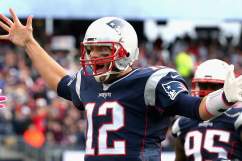 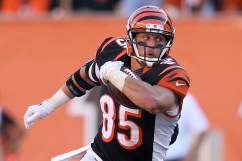 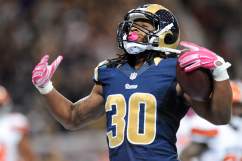