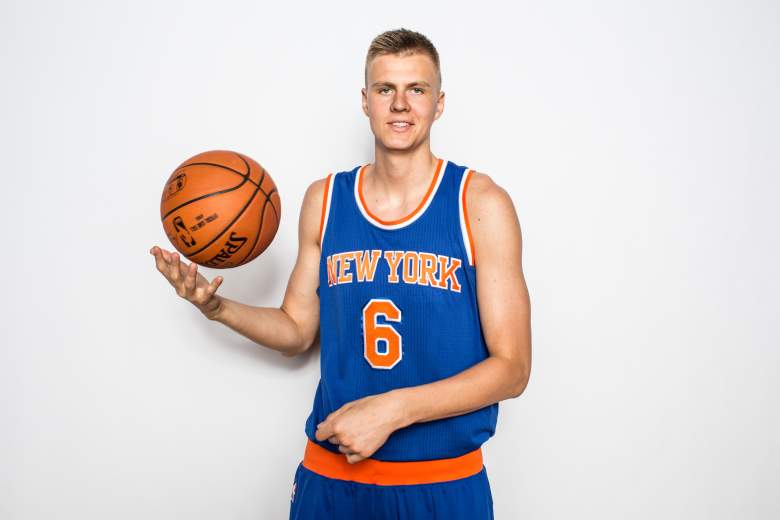 Hey there, Kristaps Porzingis, welcome to the NBA.

The New York Knicks rookie is set to make his regular season debut on Wednesday night as the squad looks to jumpstart a turnaround season after last year’s disappointing performance.

The Knicks plummeted to the worst record in franchise history last year, just two seasons after winning the Atlantic Division title and a playoff series. Now, the team is looking to start the 2015-16 season on a high-note against a Milwaukee Bucks squad that is still dealing with a handful of injuries.

Jabari Parker and Giannis Antetokounmpo will both be sidelined on Wednesday night. The Bucks are hoping that Parker, who is still recovering from a torn ACL in his left knee, will be back in the lineup in November. “Hopefully, in that first couple of weeks of November, he can come back and start his process, his journey, of playing 10 to 15 minutes a night and hopefully getting his load bigger as the season goes on,” Bucks head coach Jason Kidd said.

Tip-off for the season-opener for both squads is slated for 8 p.m. ET. The game will be broadcast locally on Fox Sports Wisconsin and MSG, as well as NBA League Pass. If you’re not in the local broadcast area, here’s how to watch online and on mobile:

How to Watch Knicks-Bucks Online

Users can also watch Knicks games on MSG GO by logging in with their TV provider. MSG GO features live Knicks games, when they are being broadcast by MSG Network, and also includes pre-game and post-game sows. It is available at no additional cost for those viewers whose TV providers include MSG Network. For more information on MSG GO, head to the site’s FAQ page here.

How to Watch Knicks-Bucks on Mobile

Users can also watch every Knicks game when it is being broadcast by MSG Network on their mobile devices with the MSG GO app. The app is available in the App store and on Google Play.