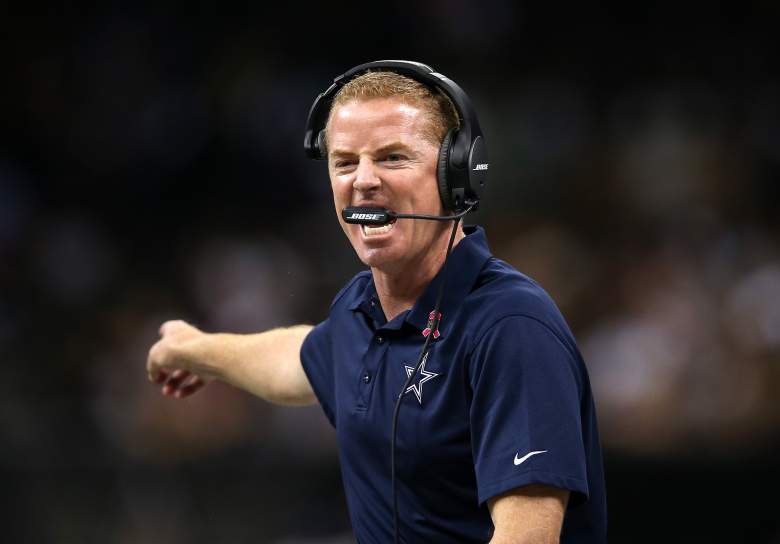 Dallas Cowboys coach Jason Garrett is looking to get his team back on track this Sunday after a disappointing OT loss in Week 4. (Getty)

This is not the game many people hoped for when they first saw it on the schedule.

The Dallas Cowboys were supposed to be rolling, bolstered by the play of Tony Romo and Dez Bryant. They won’t be here on Sunday. At least on the field. Instead, Brandon Weeden will get his third straight start under center, looking to snap a 10-game losing streak when starting.

On the other side of things, the New England Patriots, fresh off a bye and a 50-plus point performance against the Jacksonville Jaguars, are metaphorically chomping at the bit to get back on the gridiron. In other words, you should probably expect Tom Brady to do some serious Tom Brady things this afternoon.

The Patriots come in at, on average, a 9 point favorites against Dallas at sportsbooks monitored by OddsShark.com, although some books did list it as 10 points. It’s the first time since 1990 that the Cowboys have been tabbed as double-digit home underdogs. So, how do the Cowboys manage to prove the odds wrong? Weeden needs to attack the New England secondary early and often because if there is a weakness to this Patriots squad it’s in a group that no longer has Darrell Revis.

The rest isn’t quite as easy. A Dallas defense that will likely be without on-field signal caller Sean Lee needs to find a way to get to Brady and force the reigning Super Bowl MVP to throw away from his favorite target Rob Gronkowski. That’s where Greg Hardy (whose comments about Brady’s wife and sister-in-law earlier this week made serious headlines) and Rolando McClain come in. Their return – after separate four-week suspensions – could be exactly what the Dallas defense needs to find its way into the Patriots’ backfield.

Then, there are the Patriots.

New England, which is 5-2 ATS in its last 7 games on the road, is 8-2 overall, 4-5-1 ATS and 4-6 overalll in its last 10 games coming off the bye according to the OddsShark NFL Database. Even with the bye last week, Tom Brady is No. 5 in the league in passing with 1,112 total yards, nine touchdowns and no interceptions. The Cowboys, meanwhile, are No. 14 in the NFL in passing defense, allowing 251.7 yards per game.

The total for Sunday afternoon’s New England vs. Dallas betting matchup is set at 49 points at the sportsbook. Kickoff is scheduled for 4:25 p.m. ET. 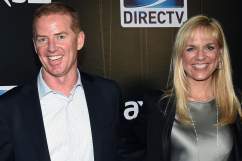