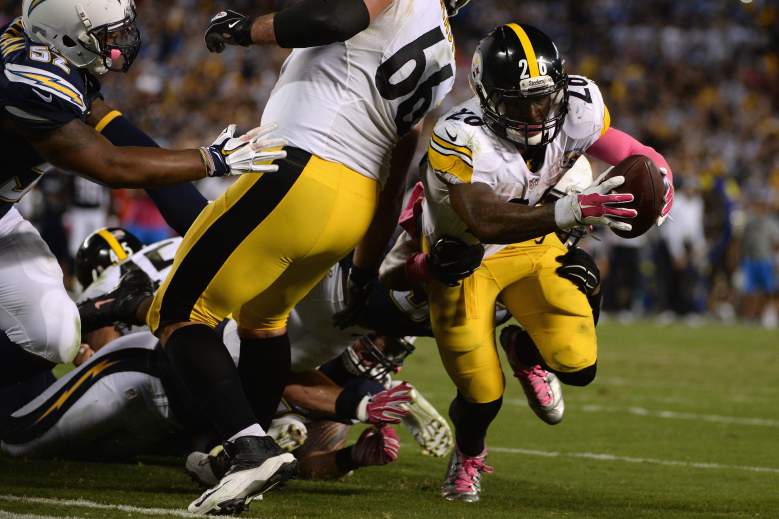 Le’Veon Bell had the play of the game. (Getty)

It was a late night thriller in San Diego as Le’Veon Bell stunned Chargers fans with a game winning touchdown as time expired. With five seconds remaining, the Steelers ran a wildcat play where Bell received the snap. Bell just barely crossed the plane of the endzone before his knee touched the ground.

The winning touchdown was set up by a vintage Michael Vick run for 24 yards earlier in the drive. After a low scoring first three quarters, the game turned into a shootout in the fourth quarter. Philip Rivers found Antonio Gates in the endzone for the second time to take a 17-10 lead midway through the fourth quarter.

Minutes later the Steelers answered with a touchdown of their own. Vick hit Marcus Wheaton with a long 72-yard touchdown pass to tie the game at 17. With just under three minutes remaining, the Chargers scored a field goal to take the 20-17 lead. The Steelers were able to drive the length of the field in just enough time to win the game.

In his return from a four-game suspension, Gates had 9 receptions for 92 yards and two touchdowns on 11 targets in a losing effort. Rivers threw for 365 yards, two touchdowns and one interception.

For the Steelers, Le’Veon Bell had 21 carries for 111 yards and the game winning touchdown. Michael Vick passed for 203 yards, one touchdown and one interception.

Here is how the Monday Night Football game unfolded:

What a return it was for Gates. Rivers looked to his favorite tight end two times on the Chargers initial offensive drive. One was for a touchdown which gave Gates his 100th career touchdown. It was his first game back after being suspended for the first four games. The touchdown gave the Chargers an early 7-0 lead.

The Story Early On Was Defense

The Chargers led 7-3 at halftime. Most expected the game to be a shootout, but it was a defensive battle early on.

The Steelers Antwon Blake intercepted Rivers late in the third quarter. Blake returned the interception all the way for a touchdown and gave the Steelers a 10-7 lead.

Looks like the blitz scared Rivers into hurrying a throw even though he wasn't pressured yet. Rushed footwork led to underthrown ball

Midway through the fourth quarter Rivers found his favorite target Antonio Gates in the endzone for the second time. Gates had quite the return back after his suspension.

Vick aired it out to Wheaton for a long 72-yard bomb. The play occurred just minutes after the Chargers scored a touchdown. Wheaton’s touchdown tied the game 17-17.

As time expired Steelers running back Le’Veon Bell broke the hearts of San Diego fans. Trailing 17-20, the Steelers ran a wildcat play for Bell. He took the direct snapped and plowed through Chargers defenders for the touchdown. The Steelers defeated the Chargers 24-20.

The play was set up by a long Michael Vick run. The Chargers scored a late field goal to take the 20-17 lead. The Steelers received the ball with less than two minutes remaining.

The Steelers risked running the play without having time to call a timeout. It looked as if time would have expired on the play. Bell had 21 carries for 111 yards and one touchdown. He also had four receptions for 16 yards. 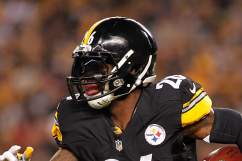 How to Watch Steelers vs. Chargers Live Stream Online