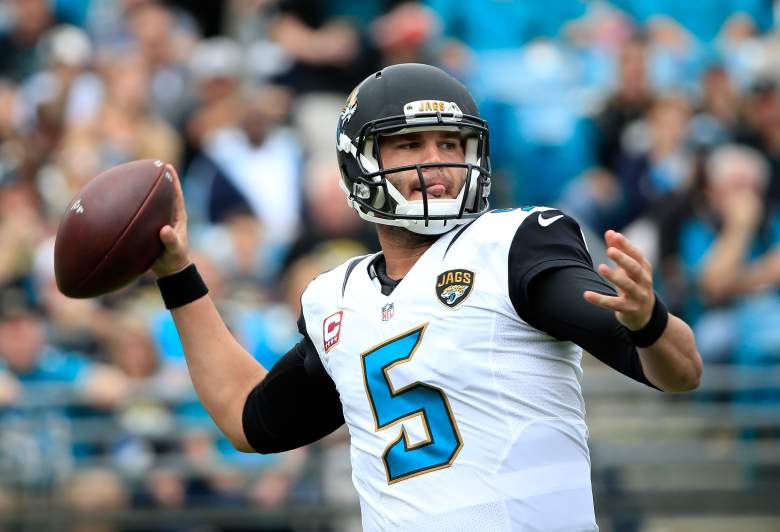 Blake Bortles looks to snap the Jaguars poor performance on the road this Sunday, with a matchup in Baltimore. (Getty)

After a much-needed bye week, the Baltimore Ravens are back and looking to make some NFL history.

Considered by many, the best-worst team in the NFL, the Ravens come into their Week 10 matchup against the Jacksonville Jaguars at 2-6, but all hope is not lost. In fact, according to ESPN’s playoff standings, Baltimore is just 3.5 games out of the final two playoff spots. Really.

It’s a big margin, but it’s not an insurmountable one. Joe Flacco is still Joe Flacco and if anyone can turn the Ravens from best-worst to best-best, it’s the veteran quarterback.

TV Channel: CBS locally with Spero Dedes and Solomon Wilcots on the call. Click here to see if you’re within the broadcast area.

Game Preview: The Baltimore Ravens have been consistently so-close in every game they’ve played this year, but while some victories may have escaped the squad, there’s one threshold they are determined to reach; the playoffs.

Head coach John Harbaugh said the team still believes the postseason is more than possible and the team is focused on playing into January. “We’re very optimistic about what’s in front of us, our future,” he said earlier this week. “[We] love our players, love the way they work, love the enthusiasm that they had today coming back and getting ready for Jacksonville.”

The key to that run may rest on the defensive shoulders of Baltimore, particularly on Saturday afternoon.

The Ravens had a season-high eight sacks on Jacksonville quarterback Blake Bortles last year. Baltimore will need that pressure this afternoon as well, coming into the game allowing 14 receiving touchdowns to wide receivers. If there’s one thing the Jaguars have, it’s talented wideouts, and Baltimore will need to contain those threats by shutting down Bortles as soon as the ball is snapped. 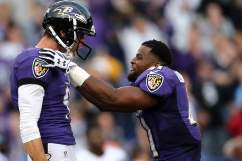