Third-string quarterback Jake Hubenak is slated to get the start for Texas A&M on Wednesday night. (Instagram)

It would be easy for Jake Hubenak to be nervous.

After all, the former Oklahoma State walk-on and JUCO standout is getting his first-ever start with Texas A&M on Wednesday night after spending the majority of the season as the Aggies third-stringer. That alone shouldn’t be too scary, but did we mention that Hubeank is getting his first-ever start in the Music City Bowl against a Louisville defense that has been consistently suffocating?

So, yeah, petrified would be understandable.

But, somehow, Hubenak isn’t scared. He isn’t nervous. He is only excited. Thrilled, even. This is the moment the Texas native has been waiting for, the opportunity he’s been looking for and he’s not going to waste it.

Instead, he’s going to try to win.

Here’s everything you need to know about Hubenak, his road to Texas A&M and his long-time Aggie fandom:

1. Hubenak Was a Standout at Georgetown High School in Texas

Hubenak is used to winning. He wrapped up his high school career at Georgetown with a 19-1 record and recorded his only loss in the Texas Class 4A Division I state championship in 2012.

During his senior season, Hubenak threw for 4,108 yards and 48 touchdowns, coming back after an abbreviated junior season that was shortened with a knee injury. Jason Dean, Hubenak’s high school coach told Bleacher Report:

Jake’s always been successful. There’s a certain type ofattiude a quarterback has to play with. All the good ones I’ve been around have had a certain confidence with them, and Jake’s no different. He’s not a cocky guy at all, and he’s always the guy who will put the team first and do things his teammates need him to do.

Hubenak was named the Central Texas Player of the Year in 2012 and won the state’s Class 4A Player of the Year award as well. However, he wasn’t highly recruited out of high school and joined the Oklahoma State football team as a walk-on.

Following his one season at Oklahoma State in 2013, where he actually redshirted, Hubenak transferred to Blinn College, a JUCO program in Brenham, Texas.

It was there that he truly found his footing and, more importantly, his arm.

In his first game at Blinn, Hubenak led his team to a 77-6 victory against Southeast Prep, completing 11 of 14 passes for 286 yards and four touchdowns. Then, in his fourth game, he threw for 10 touchdown passes en route to an 80- victory over Arkansas Baptist. By the end of his first JUCO season, Hubenak was named an NJCAA All-America honorable mention, completing nearly 65 percent of his passes.

Those numbers helped spark some national attention for Hubenak who drew interest from Texas A&M and Florida.

The Texas native has always been drawn to the Aggies. In fact, he grew up a Texas A&M fan and even posted this throwback photo when he announced he was committing to the program earlier this year.

Despite coming into A&M aware that Kyle Allen, then a freshman, was considered the face of the program, Hubenak couldn’t turn down the opportunities with the Aggies. Even in preseason camp, with two quarterback in front of him on the depth chart, Hubenak was confident.

“It’s wide open,” Hubenak told the Austin American-Statesman when he signed with A&M in May. “And whatever happens, I’m going to accept my role.” 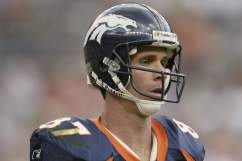 4. He Is Dating Miss Alabama World

A huge thank you to my #1 ? thank you for being the most amazing pageant boyfriend and running so many errands for me, bringing me everything I forgot, and never once complaining!! I love you so much!?

While the eyes of the football-watching world will likely be on Hubenak during his Music City Bowl start, there’s only one fan he’s particularly interested in; his long-tiem girlfriend Bailey Pereira.

The pair have been dating for quite some time and are each other’s biggest source of support, both on the field and off, frequently posting relationship updates on a variety of social media platforms.

But while Hubenak is just getting used to the spotlight, Pereira is accustomed to it. She was crowned Miss Alabama World this year and Hubenak was waiting in the wings after she received her crown. Pereira is also an SEC girl at heart. She’s currently attending Alabama and is a Zeta Tau Alpha.

It might be a little bit daunting getting your first start in a nationally televised bowl game, but luckily for Hubenak, there’s a bit of familiarity on this Texas A&M roster. He and wide receiver Damion Ratley played together at Blinn.

The two joined the Aggies at the same time this year and were an offensive powerhouse during their JUCO days. At Blinn, Ratley caught 45 passes for 1,197 yards and 20 touchdowns. So far this year he’s started six games for the Aggies and has hauled in 15 receptions for 200 yards and two touchdowns.

Keep an eye on this pair. They might light up the scoreboard again on Wednesday night.