It appears to already be a done deal.

According to the Atlanta Journal-Constitution, Alabama defensive coordinator Kirby Smart is set to become the new head coach at Georgia. The paper added that, barring some sort of last-moment breakdowns, Smart’s hiring could be announced as soon as Sunday.

Georgia has been through the metaphorical college football wringer over the past few days after Athletic Director Greg McGarity fired 15-year head coach Mark Richt. Richt was the fifth-winningest active coach in Division I and had won an average of 9.6 games per season.

Here’s everything you need to know about Smart:

1. Smart Is the Highest-Paid Defensive Coordinator in the Country 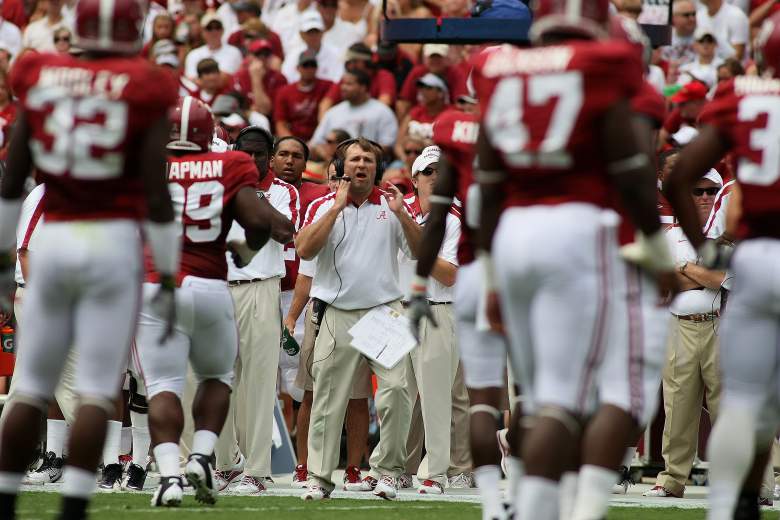 Smart’s rise to defensive dominance at Alabama has helped him earn one of the biggest pay checks in all of college football. (Getty)

At $1.5 million a year, Smart was reportedly making approximately the same amount as LSU offensive coordinator Cam Cameron. However, Smart was the highest paid defensive mind in the country.

Smart has three years left on that four-year deal, which includes a buyout reportedly in the range of $500,000. 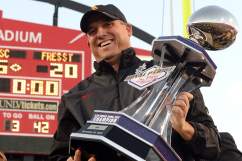 2. He Has Coached at Alabama for Nine Seasons

Smart is currently in his ninth season with Albama, working under Nick Saban. He was initially hired as an assistant coach in 2007, but was promoted to defensive coordinator in February 2008.

In 2009, Smart was awarded the Broyles Award as the nation’s best assistant coach, making him the first-ever Alabama coach to win the honor. The next year, Smart was faced with a difficult decision; a possible job switch. Smart was offered a position as defensive coordinator at the University of Georgia, but opted, instead, to stay with the Crimson Tide.

Prior to the SEC 2015 championship game, Saban discussed Smart’s potential future as a head coach:

I’ve said many times before in years past that Kirby has done a fantastic job for us and I think he’ll be an outstanding head coach. I don’t think everything you do as an assistant necessarily prepares you as a head coach, but I also think by the same token that Kirby is very capable of doing all the things necessary to be a head coach. He’s a good teacher, players respond to him well. He’s outgoing. He’s got a good personality. I think he’ll do a good job in all the other areas that you’re talking about. I don’t have any question about that at all.

Kirby is expected to bring in his own staff once the Georgia hiring is made official, although he is also expected to keep defensive line coach Tracy Rocker.

3. Smart Grew Up in Georgia & Was a UGA Letterman 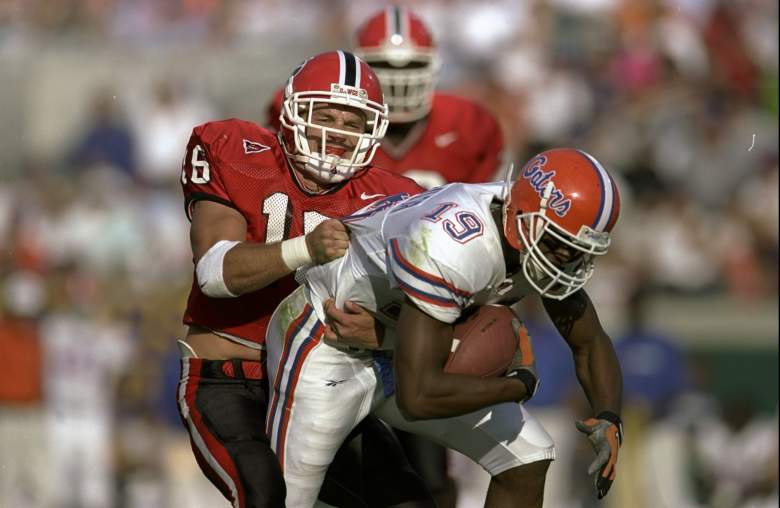 Smart played four seasons for Georgia before a failed attempt at an NFL career. (Getty)

Although he was born in Alabama, Smart grew up in Bainbridge, Georgia and went on to play college football at the University of Georgia. A four-year letterman at defensive back, Smart was a first-team all-SEC selection as a senior.

He finished his college gridiron career with 13 interceptions, fourth best all-time at Georgia, and was a four-time member of the SEC Academic Honor Roll.

Smart graduated from Georgia in 1999 with a degree in finance and went undrafted in the NFL before signing a free agent contract with the Indianapolis Colts. He spent the ’99 preseason with the team before being cut and turning his attention to coaching full-time.

4. He Started His Coaching Career With UGA in 1999 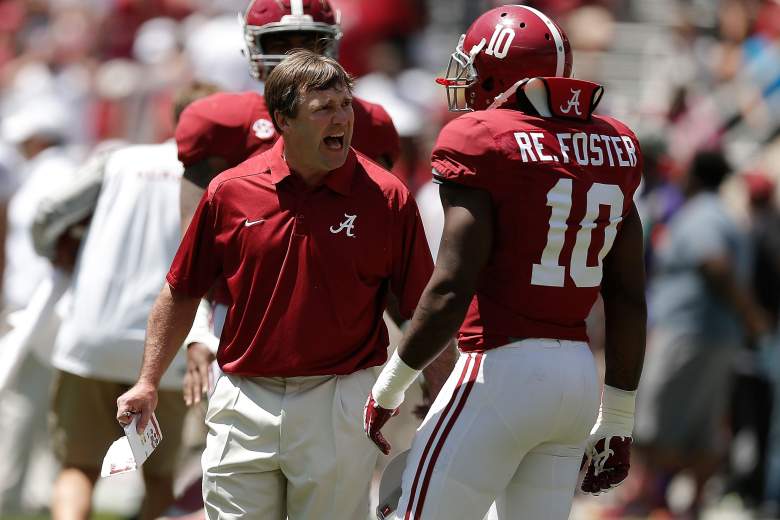 Smart may have found success on the Alabama sidelines, but his coaching career started somewhere else. (Getty)

In a now almost-ironic twist, Smart actually began his coaching career at the University of Georgia in 1999 when he returned to his alma mater as an administrative assistant.

From there, he notched stints at Valdosta State and served as a graduate assistant at Florida State in the early 2000’s. After receiving his masters degree in 2003, Smart joined coaching forces with Nick Saban, forging one of the most impressive sideline relationships in current college football.

Smart spent one season with Saban at LSU in 2004, serving as the defensive backs coach, and notched another year at UGA before joining Saban in the NFL as the Miami Dolphins safeties coach.

When Saban took over at Alabama, Smart followed him there as well and the two have been the faces of the Tide program for nearly a decade.

Talk about one athletic family, Smart and his wife, Mary Beth, were both standouts at UGA. (Facebook)

Smart and Mary Elizabeth Lycett tied the knot on July 15, 2006 at the St. James United Methodist Church in Athens. Lycett is also a graduate of the University of Georgia where she was a standout basketball player. At the time of the wedding she was working as a math teacher at Cooper City High School in Ft. Lauderdale, Florida.

The couple are also parents to three children; twins Weston and Julia as well as another son named Andrew.