The Christmas season is in full swing! For WWE fans, this means that a healthy serving of tables, ladders and chairs is on the menu.

Roman Reigns was robbed of his WWE World Heavyweight Championship reign at Survivor Series 2015. Sheamus, the man who cashed in his title shot on Reigns, is riding high with the title and new stablemates. At TLC 2015, Reigns and Sheamus will clash in a Tables, Ladders and Chairs bout for the championship. The tag team titles will be held up high above a ladder. The New Day, The Usos and The Lucha Dragons will battle it out and expectedly pull off some amazing high-flying moves.

We’re going to do all you wrestling fans a solid and list WWE TLC 2015’s debut date, event location and official start time. 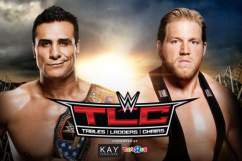 WWE TLC: Tables, Ladders and Chairs 2015 will take place on the WWE Network on December 13, 2015. The official theme song for this special event/PPV is “Wicked Ones” by DOROTHY.

WWE TLC: Tables, Ladders and Chairs 2015 will emanate from the TD Garden in Boston, Massachusetts.

The Kickoff Show for WWE TLC: Tables, Ladders and Chairs 2015 will officially begin at 7 P.M. EST/4 P.M. PST. You can watch it on the WWE Network, WWE.com, the official WWE App, YouTube and several other devices/websites.

The main airing of WWE TLC: Tables, Ladders and Chairs 2015 will begin at 8 P.M. EST/5 P.M. PST. This is a WWE Network special event airing that will also air on PPV. You’ll be able to view it through the same means we listed above for the Kickoff show.

You’ll be able to watch TLC 2015 on PPV through the following cable providers: 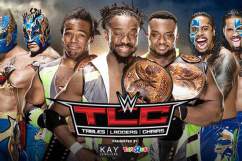 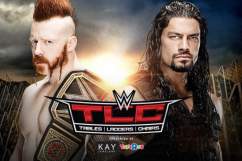 Read More
Pro Wrestling, Wrestling, WWE
Check out all the info there is to know about WWE TLC 2015's date, location and official start time.