The 25-year-old Jones arrived “confused” at the Foxboro Police Department headquarters Sunday morning at about 7:40 a.m., according to police and fire dispatch recordings. He was taken to the hospital about 20 minutes later, while a Foxboro officer went to his house to lock the doors.

Foxboro is the home of the Patriots stadium.

1. O’Leary Initially Told Reporters Jones Had No Interaction With Police

The Foxboro public safety complex, where the police department is located. (Facebook)

Foxboro Police Chief Edward O’Leary initially told the Herald that his department didn’t have any interaction with Jones over the weekend, but the Herald found dispatch records that showed otherwise.

O’Leary said the department doesn’t fill out paperwork for medical calls “unless a person’s dead,” the Herald reports. He said he didn’t misspeak when he first talked to the newspaper, saying he doesn’t consider it a police-specific call.

The chief has not commented since the first Herald report.

The Patriots issued a statement about Jones, saying “Chandler Jones was admitted to the hospital on Sunday and released that day. He reported to work on time Monday morning and has participated in all meetings and practices since then.” 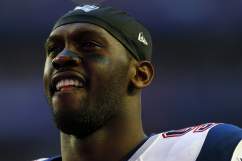 2. He Says Records Were Edited to Remove Medical Information

The dispatch report from Sunday was modified Tuesday afternoon, after the Boston Herald called the department. Foxboro Police Chief Edward O’Leary told the newspaper that was to delete medical information.

“It’s protected information on a medical condition,” O’Leary told the Herald. “Officers get training in making sure it’s information that’s not to be disclosed. I trust my lieutenant to know the difference.”

O’Leary, when asked by the newspaper if dispatch records had ever been modified in the past, said, “That’s a possibility. I just don’t recall any at this point.”

You can listen to police and fire dispatch audio from the incident above. It has been edited by Heavy.com to remove dead air above.

In the audio, the dispatcher tells an officer to respond to the back parking lot of the police station saying he is “not sure of the situation.” The officer responds, “we’re out, we’re out.”

After an unrelated fire call for a “lift assist” is heard on the audio, the officer asks for medics to respond to the front lobby area for a “confused party.” The dispatcher then summons the fire department for a “medical emergency” at 7:42 a.m.

Lou Merloni, a former Major League Baseball player who now works for WEEI, tweeted that a source told him Jones “walked into police station parking lot all jammed up shirtless and shoeless asking for help from police.”

On fire dispatch recordings from the same time period, which you can listen to below, the dispatcher is asked to send the rescue to the front parking lot for an evaluation, “medical, uhh, mental.”

According to the radio communications, Jones was taken to Norwood Hospital just before 8 a.m. by ambulance. The rescue said they were taking Jones “ALS,” which stands for advanced life support.

He told the newspaper he wasn’t sure why the officer went to Jones’ home.

“I have no idea,” said O’Leary. “I didn’t talk to the officer. I don’t know whether there was no one else at the home or whether he was asked. I don’t know.” 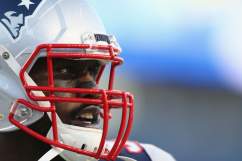 4. O’Leary Is In Charge of Security for the Patriots’ Stadium

O’Leary is in charge of security at the Patriots home field, Gillette Stadium, as part of his job as Foxboro police chief.

He says on his LinkedIn profile that, “during large stadium events at stadium, command policing operations of over two hundred officers and State Police personnel.” 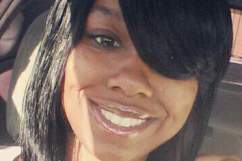 He has also worked as an adjunct professor at Dean College. He graduated from Stonehill College in 1973 and earned a master’s degree in public administration from Suffolk University in 1980. 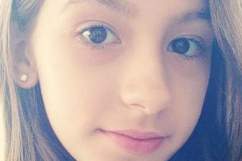