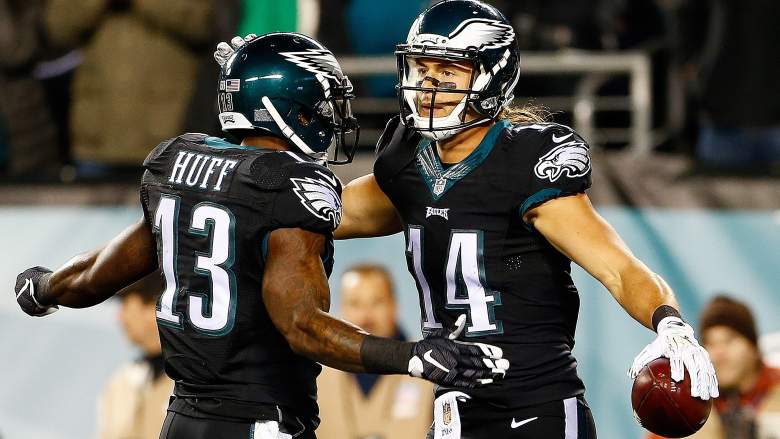 Riley Cooper, right, has seen his days in Philly come to an end. (Getty)

The Riley Cooper era is over in Philadelphia. The Philadelphia Eagles announced they had released the wide receiver Monday, which was the first day teams can cut players.

Riley Cooper had signed a 5-year, $22.5 million contract with the Philadelphia Eagles before the 2014 season. The deal included a $4 million signing bonus, $8 million guaranteed, and an average annual salary of $4.5 million. In 2016, Cooper was to earn a base salary of $4.5.

Cooper had caused controversy in 2013 for saying a racial slur that was caught on video during a Kenny Chesney concert. Desipte the incident, then Eagles head coach Chip Kelly elected to keep Cooper on the team. Not long afterwards, rumors of Kelly’s own alleged bias began as whispers around the Eagles locker room. Cooper did have to win back the trust of his Eagles teammates following the incident.

Kelly has since taken the head coaching job with the San Francisco 49ers.