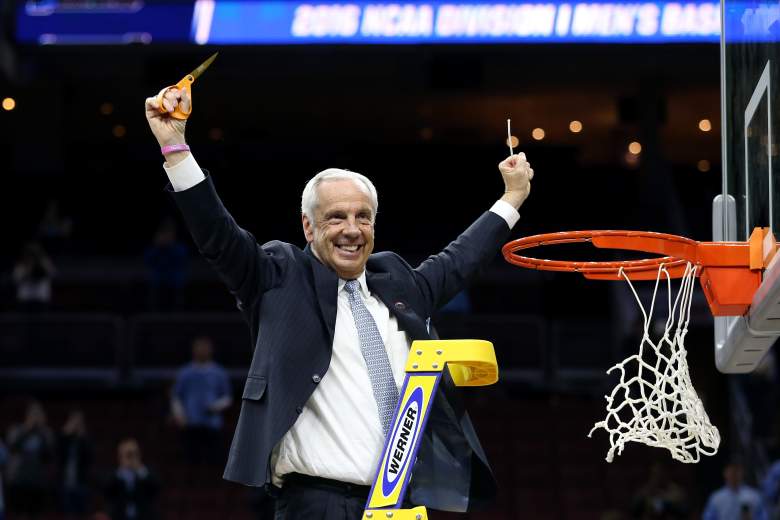 Roy Williams has found plenty of success as a coach, but his most successful job has been with his family. (Getty)

Roy Williams and UNC. It’s a long-standing partnership that has led to ACC championships, national championships, and this season, a berth to the Final Four.

But while Williams’ legacy will, likely, always be tied to the hardwood and powder blue uniforms of Tar Heels basketball, his relationship with UNC goes far deeper than just the basketball program.

In fact, Williams has UNC to thank for much of his family life. Seriously. Read on to learn more about Williams life on and off campus, his role as dad and his entire family’s work with local and national charities:

The future Mr. and Mrs. Williams first met while they were students at UNC-Chapel Hill and the pair both graduated from the school in 1972. The two were married shortly after, tying the knot in 1973.

The long-time pair have been through just about everything together over the course of their marriage, raising two children together and, most recently, battled a plethora of health issues as well.

Williams faced a cancer scare in 2012 when he had surgery to remove a tumor on his kidney, while Wanda underwent two surgeries of her own in 2014. “The last two years has been more junk than I wanted to deal with,” Williams told ESPN. “It made it not as much fun, there’s no question.”

Still, there have been high points as well. The Williams are godparents to five other children and just a few years ago the long-time couple built a brand-new a 5,600-square-foot home in Berwick Downs, a development by Kenmure Enterprises next to the Kenmure Country Club.

After spending so much time in Chapel Hill, both as students and now part of the basketball program, it should come as no surprise that the Williams have contributed to local charities over the years.

The Williams family has currently contributed more than $400,000 to the Carolina Covenant, an initiative at UNC that allows low-income students to attend the University debt free. Roy and Wanda both serve as honorary chairs of the $10 million campaign to help fund the program.

In addition to the Covenant, the Williams family also hosts an annual Coaches vs. Cancer breakfast. Over the years, the event has raised more than $1.3 million and also includes the autographed basketball program, which has contributed more than $650,000 to local charities.

3. His Daughter, Kimberly, Worked as a Dance Teacher at Jamie Masters School of Dance 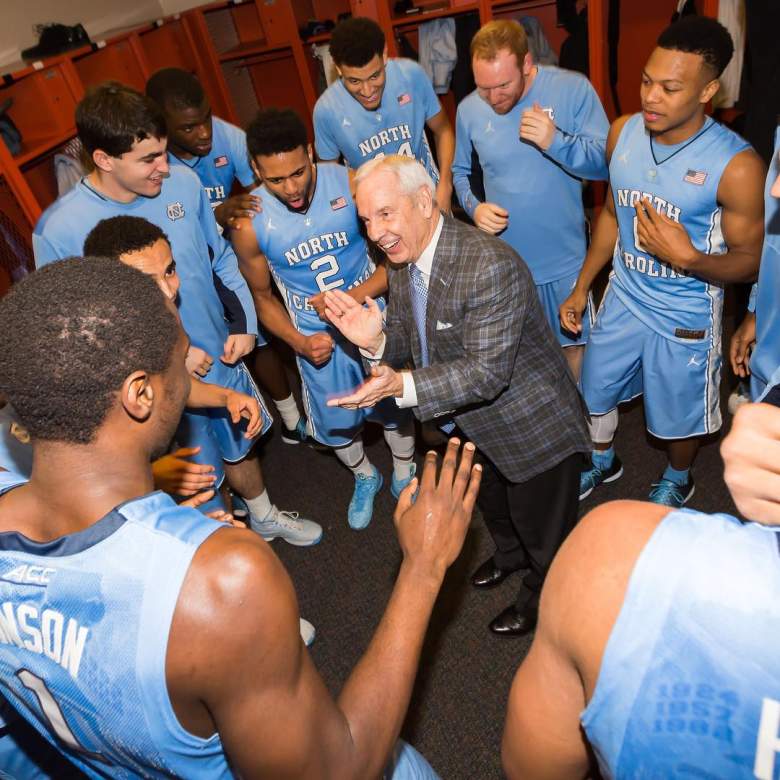 Williams has garnered his fair share of headlines for his locker room dances, perhaps hes taken some pointers from his daughter. (Instagram)

The William’s daughter, Kimberly, graduated from North Carolina with a bachelor’s degree in English and was a member of the Tar Heels dance team throughout her time at Chapel Hill. It’s that love of dance that has influenced her professional career as well.

Kimberly went on to teach dance at Jamie Masters School of Dance after graduating from UNC, telling Creative Loafing Charlotte:

I always knew I loved dance. When I went to college I didn’t know if it was a career. After college an old dance teacher asked me to teach, and I fell in love with it! It wasn’t until I was in the class, in charge, and I was like — hey, I kinda like this!

Kimberly did a bit of everything at the school, teaching jazz, tap and hip-hop for classes ranging from four years old to dancer in their 60s. 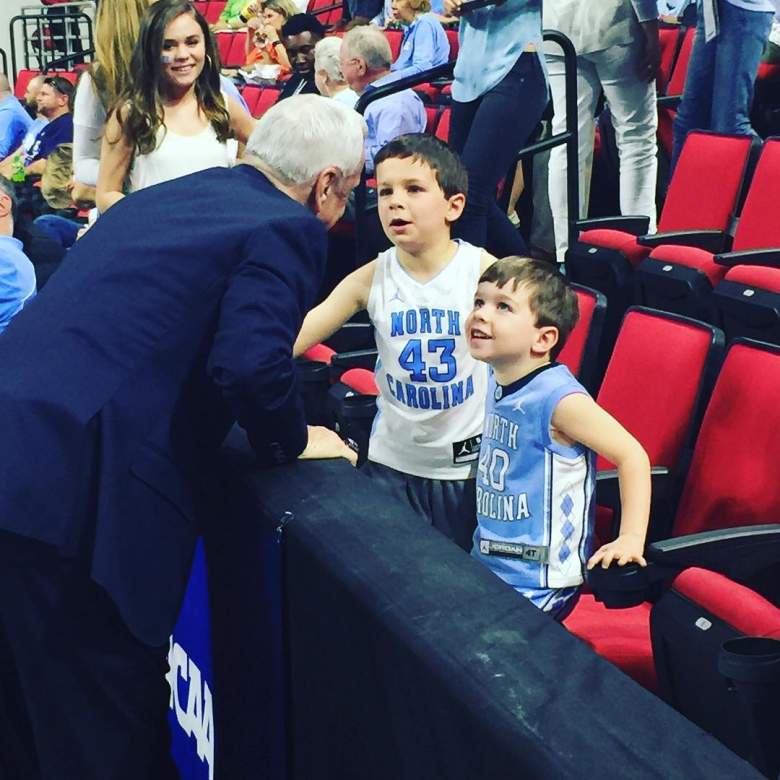 Scott’s sons have been in the crowd throughout UNC’s NCAA Tournament run. (Instagram)

Basketball runs in the Williams’ family blood and oldest son Scott is no exception. Scott, not to be confused with the future NBA’er of the same name who also played for the Tar Heels, served as the squad’s point guard during the 1997-98 and 1998-99 season.

He went on to graduate from UNC with a business degree and, much like his father, met his wife on campus as well. Katie Wolford graduated from the school as well in 2001 after competing on the cheerleading team. The couple now live in Charlotte with their sons.

5. The Williams Have Two Grandsons 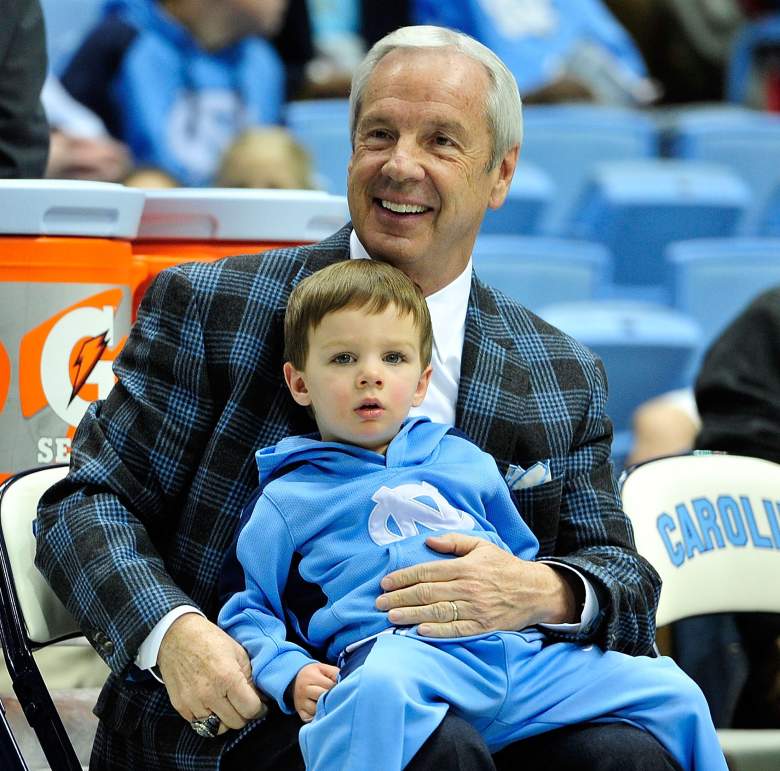 Williams has said that his health scares in 2012 helped him refocus his off-court priorities. (Getty)

When Williams isn’t focused on leading the Tar Heels to another national title, the long-time coach is more than happy to simply play the role of grandpa. He and Wanda are grandparents to two grandsons, Scott’s children, Aiden (born in Jan., 2010) and Court (born Aug. 2011).

In fact, when Williams was facing a cancer scare in 2012 and underwent surgery to remove a tumor from his right kidney, the UNC coach first thought about how important it was for him to be around while his grandchildren were growing up. He told USA Today:

Williams received a clean bill of health after the initial scare and, now, has even found time to not spend not entirely focused on basketball. “I’m hoping that I do change a little,” he added. 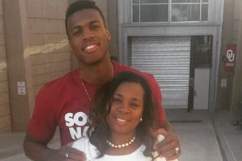