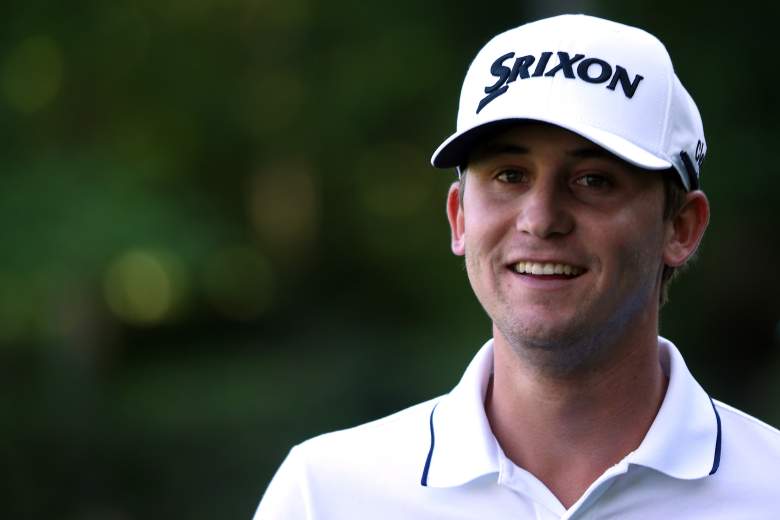 Smylie Kaufman had a great week at Augusta. (Getty)

Smylie Kaufman climbed up the 2016 Masters leaderboard causing many people to wonder about Kaufman’s unique name. The answer to whether Smylie is his real name is a bit convoluted.

Smylie is part of his real name, but it is his middle name. According to LSU Athletics, Kaufman’s first name is Carter. Unique names are common in the Kaufman family as his brother’s name is Luckie. According to ESPN, Kaufman was named after his grandmother’s cousin Smylie Gebhart.

Gebhart was an All-American football player at Georgia Tech in 1972. He suffered a severed spinal cord in 1980 that left him a quadriplegic.

“He was a handsome guy, an amazing athlete, the kind of guy you’d like your daughter to marry,” Kaufman’s father, Jeff, told Yahoo Sports about his son’s namesake. When Gebhart died at age 51, Jeff wanted to name a son after him.

Kaufman is 49th in the World Golf Rankings and entered the final round at Augusta just one stroke back of the leader, Jordan Spieth. Going into the Masters, his lone PGA victory was the 2016 Shriners Hospitals for Children Open.

According to PGA.com, Kaufman lives with his parents in Alabama. He graduated from LSU with a degree in marketing.

The 24-year-old golfer has an opportunity to win the Masters in his first appearance at the tournament. It is something that has not been done since Fuzzy Zoeller in 1979.

Read More
Golf, Masters 2016
Find out all the details on Smylie Kaufman's unique name as he continues to move up the Masters leaderboard.