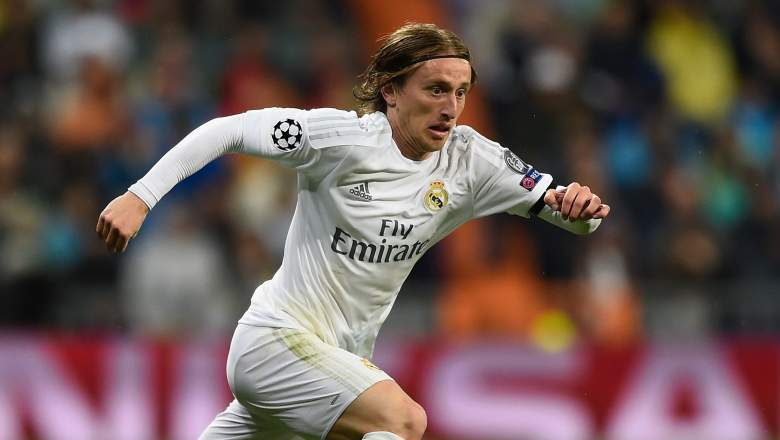 Luka Modric, a midfielder for Real Madrid. Modric shot down rumors that his cousin was murdered in El Salvador. (Getty)

Susana Modric, a mother of two, was found dead in a car Wednesday after being kidnapped on Monday in El Salvador.

It was originally reported in the Spanish newspaper Sport and rumors circulated she was the cousin of Real Madrid star Luka Modric.

But Luka Modric took to Twitter to dispel the rumors that he and the deceased are related.

Susana Modric was apparently kidnapped in El Salvador on Monday, April 11, and found dead in the trunk of car on Wednesday, April 13.

She had lived in the country for roughly six years.

Modric is believed to be from Germany originally, then moved to the United States before going to El Salvador.

Luka Modric is originally from Croatia, and plays for his country’s national soccer team.

She was the mother of two young children.

3. Susana Was Separated From Her Husband

Susana had married a local man in El Salvador and the couple had one child before they separated.

She apparently owned some farm land in the country.

Agriculture was once the main boon to the economy in El Salvador. In recent years, though, that sector has fallen behind the service and industrial sectors.

4. Police Have Not Made Any Arrests

As of now, the police in El Salvador have not made any arrests.

Nor do they have a motive for the kidnapping and subsequent murder.

El Salvador has one of the highest murder rates in the world.

5. Rumors Circulated She was Related to Luka Modric of Real Madrid

Modric took to Twitter Thursday evening to dispel rumors that he and he deceased are related.

The above Tweet translates to: “In regards to the news stories, I want to clarify that the person who died in El Salvador does not have any family relationship with me.”

Read More
5 Fast Facts
Susana Modric, who was rumored to be Real Madrid star Luka Modric's cousin, was found dead in a car after being kidnapped Monday in El Salvador.