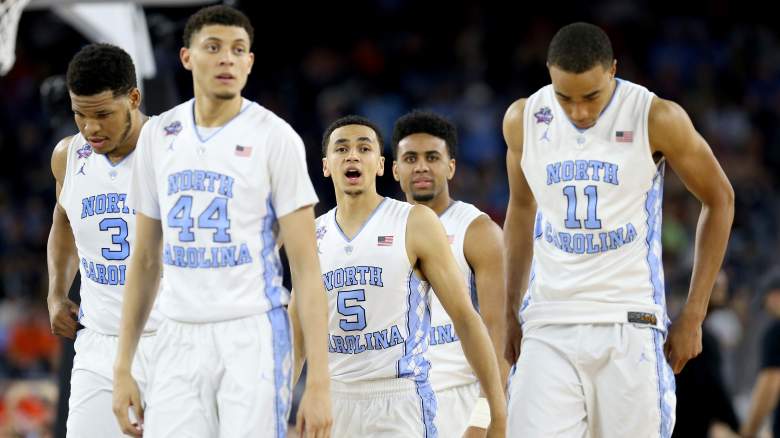 North Carolina and Villanova are set to meet in the national championship. (Getty)

Outside of Villanova’s five-point win over No. 1 seed Kansas in the Elite, both they and North Carolina have pretty much destroyed anyone standing in their path. Through five NCAA tournament games, the Wildcats boast an average margin of victory of 24.2 points, while the Heels are beating opponents by an average of 16.2 points.

In other words, whoever gets to cut down the nets in Houston is really going to earn it.

Here’s a look at all the betting information, courtesy of OddsShark, and a prediction for the 2016 national champion:

UNC Men's Basketball: Championship Preview – VillanovaPlayers and coaches from both Carolina and Villanova speak on the championship matchup.2016-04-04T14:59:00.000Z

The matchup in the frontcourt will be really compelling to watch. North Carolina plays four guys who are 6-foot-9 or taller (Brice Johnson, Kennedy Meeks, Isaiah Hicks and Joel James), while the
‘Cats have 6-foot-11 Daniel Ochefu and not a whole lot of other traditional frontcourt size. Starting power forward Kris Jenkins is 6-foot-6, while backup freshman Mikal Bridges is 6-foot-7 and 191 pounds.

As such, it’s not surprising that UNC ranks third in America in offensive rebounding percentage, while Villanova ranks just 96th on the defensive glass. Keeping Johnson, Meeks and Co. off the ‘boards will be crucial for the Wildcats.

If they can’t limit Carolina on the glass, they’ll have to be near perfect on the offensive side of the ball. Of course, that hasn’t been a problem so far, as the ‘Cats boast four of the top eight shooting performances this tournament.

When it comes down to it, you have two of the most efficient offensive teams in the history of the tournament. One is doing it with a dominant frontcourt, the other shooting the lights out of the building.

This could easily go either way, but the Heels’ method of success feels slightly more sustainable in what should be a close game. 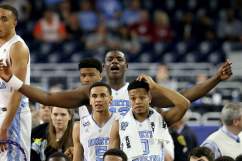 Read More
College Basketball, March Madness 2016
Will UNC or Villanova be cutting down the nets on Monday night? We take a closer look at the national championship and offer our prediction.