One of the greatest mysteries in hip-hop has apparently been solved by Fat Joe. In the above clip, you can see the monstrous rapper tell ESPN’s Highly Questionable that the Biggie Smalls classic “I Got a Story to Tell” was about late New York Knicks star Anthony Mason. The 1997 song, which featured on the album Life After Death, details Biggie Smalls having sex with a woman only to interrupted by her boyfriend, a New York Knicks basketball player. The rapper says in the song that he then pretended to be a robber before making his escape, unscathed, something that Biggie maintained was true. Mason’s girlfriend at the time was Memphis-native Monica Bryant.

1. Bryant & Mason Had a Son Together, a Year Before He Was Drafted by Portland

Mason of the New York Knicks goes up for two during a game against the Chicago Bulls at Chicago Stadium in Chicago, Illinois. (Getty)

Bryant’s son with Anthony Mason is former St. John’s basketball star and Miami Heat D-league player Anthony Mason Jr. On his official college profile, he listed his mother as his inspiration. He was a communication arts major at the school. She told the New York Post about her pride in her son in 2010 saying, “It’s been a very hard year for Anthony. I don’t think many people realize just how hard. But I’m so proud because in May he’ll be the first one in the family to graduate from college.”

His battles with injury, while he played in college were detailed in an episode of MTV’s True Life.

The New York Daily News reported at the time of Mason’s death that he had four children, three boys and one daughter, by four different women, known of whom he married. The newspaper says that all of his children were present when the former Knick passed away in February 2015. Mason’s son, Antoine, plays professional ball in Cyprus now having graduated from Auburn University in 2015. 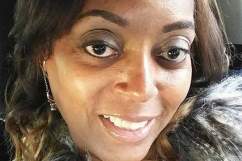 2. Bryant Is the Athletic Director for a School District in Memphis

According to her Facebook page, Bryant works as the athletic director for the Shelby School District in Memphis, Tennessee, where she’s also a native. Her son told the New York Daily News in 2008 about the financial struggles that his mother was under. She’s a graduate of Bethel University.

In a 2010 feature on Anthony Mason Jr, the New York Post reported that Bryant’s 9-year-old godson was killed in a shooting a few months previous. NBC Memphis reported in August 2009 that Dante Boyd accidentally shot himself dead while playing with his stepfather, Willie Dee Allen’s, gun. Allen, an ex-con was forbidden from owning a gun. According to his Facebook page, Allen is still serving time in Millington, Tennessee.

Despite being reported by the Post as Bryant’s godson, in his St. John’s profile, Dante is listed as Anthony Mason Jr’s brother.

It’s unclear exactly when Bryant and Mason broke up. In February 1998, Mason was accused of the statutory rape of two sisters, ages 14 and 15, according to the New York Times. The former Knick, who was playing for Charlotte at the time, said at the time, “‘I’m saying these girls are lying. This is all about money, money, the chance to hit the lotto.” While Mason’s “surrogate father” and high school basketball coach Ken Fiedler said, “I have no doubt, knowing the circumstances, that he is innocent. Someone like Anthony is always vulnerable under these circumstances.”

The New York Daily News reported later that year that the charges against Mason were dropped in exchange for his guilty plea.

5. Mason’s Teammate John Starks Told ‘Highly Questionable’ in 2014 That the Events in the Song Really Happened

In a September 2014 appearance on Highly Questionable, one of Mason’s teammates, John Starks, confirmed that the events in the song really took place. Starks also confirmed that he wasn’t the player in question. He said at the time, “I know who it was about, but I’m not gonna say. I can’t tell you. But I just want to get it clear that it wasn’t about me.”

The Washington Post reports that “Internet sleuths” have determined that the events discussed in the song must have taken place on November 12, 1995, the day the Knicks played the Utah Jazz. The newspaper also says that in a 2014 appearance on Highly Questionable, rapper Jadakiss said that he’d heard the song was about Anthony Mason.

Celeste Guap Photos: Pictures of Woman at the Center of the Oakland PD Sex Scandal

Read More
5 Fast Facts, Breaking News, Celebrities, Music, NBA
One of the greatest mysteries in hip-hop has apparently been solved by Fat Joe.