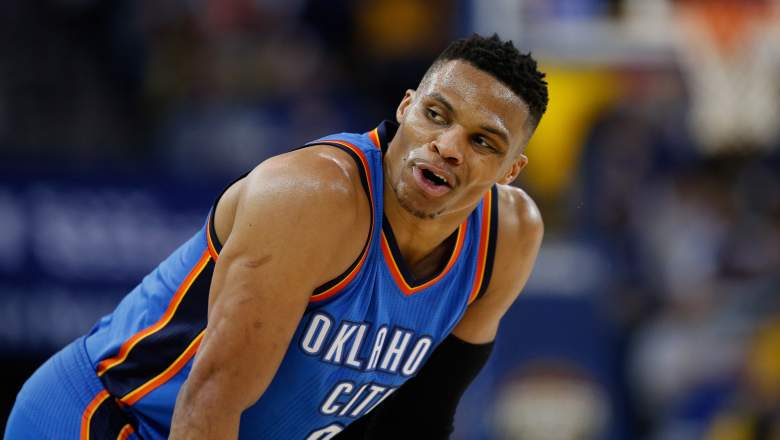 Russell Westbrook stepped up when the Oklahoma City Thunder needed him the most in the NBA Playoffs.

After a sloppy first half (6 turnovers) in Game 5 of the Western Conference semifinals Tuesday night, Westbrook protected the ball over the final 24 minutes and came an assist shy of a triple-double in OKC’s 95-91 road win over the San Antonio Spurs.

In 39 minutes, Westbrook finished with 35 points, 11 rebounds and 9 assists and his 3-point play in the final seconds clinched the victory.

Russ with the AND-1 as the @okcthunder take the lead! https://t.co/hj3mbhhQ6R

The point guard added 2 steals and finished with 8 TOs as the Thunder took a 3-2 series lead.

Westbrook shot 12 of 27 from the field, including 3 for 7 from 3-point range. He was a perfect 8 of 8 from the line, including the game-clincher with under 6 seconds to go to put OKC up by 4 points.

Westbrook led the NBA with 18 triple-doubles during the regular season. It was his first of the 2016 postseason.

Click here to see the final boxscore from Game 5. 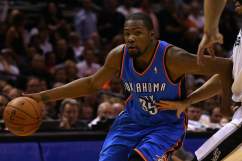