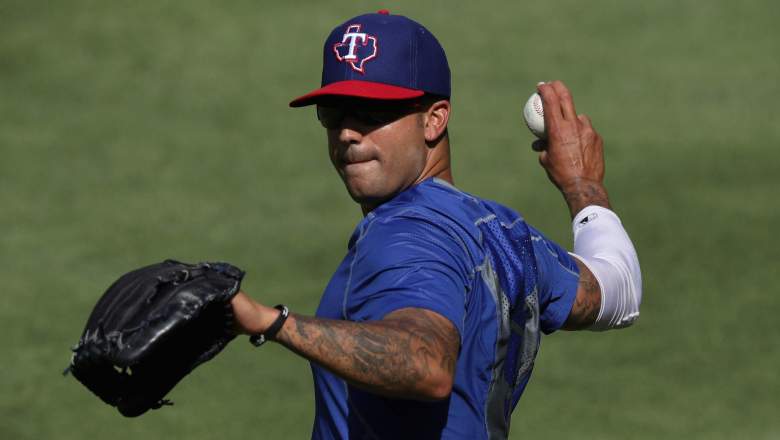 After being selected by the San Diego Padres as the top pick in the 2004 MLB Draft, Bush was arrested a few weeks later. Then it all came crashing down.

The former shortstop-turned-pitcher was arrested a few more times, eventually landing in prison. He spent 39 months behind bars for a DUI.

The Padres had already given up on Bush. The Rays signed him next but dropped him when he was sent to prison. The Texas Rangers took a flier on the hard-throwing reliever, who is clocked in the upper 90s.

Bush, now 30, was closing for Rangers Double-A affiliate Frisco, compiling an 0-2 record with a 2.65 ERA and 5 saves. The Rangers called him up to the big club on Friday.

It didn’t take long for him to make his debut. He entered the game later that night against Toronto in the 9th inning to face the meat of the Blue Jays order.

And the first batter he faced? Jays slugger Josh Donaldson, the 2015 American League MVP. Bush struck him out. He then got Jose Bautista to pop out to second. The inning ended when Edwin Encarnacion fouled out to first. Three up, three down against a trio which combined for 120 home runs a season ago.

Bush needed just 17 pitches, 8 of which were clocked at 97 miles per hour or more. He threw 7 balls and walked none.

Check out his strikeout of Donaldson below. Nasty:

Unfortunately for the Rangers, R.A. Dickey had his knuckleball dancing and the Jays blanked Texas 5-0 in Arlington. 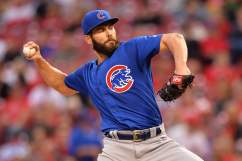 WATCH: Cubs’ Jake Arrieta Throws a No-Hitter vs. the Reds