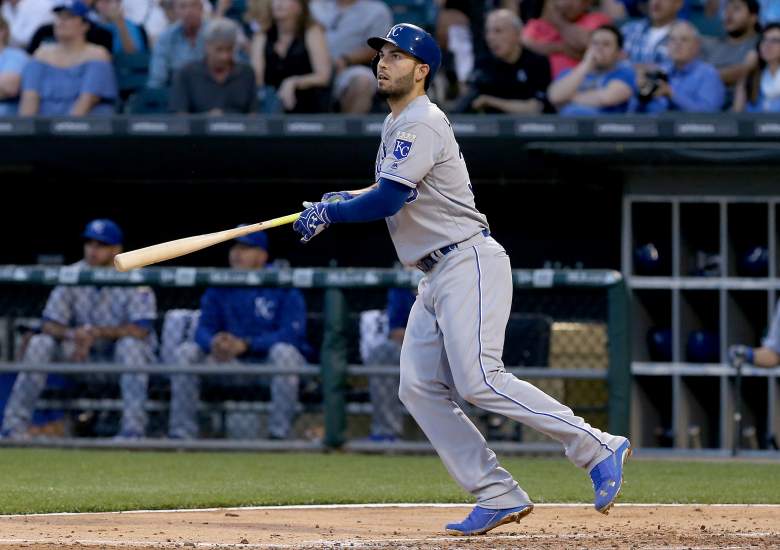 In last week’s second update on All-Star voting for the AL, much of the starting lineup had crystallized. Most leaders had advantages of over 200,000 votes; some had leads of over 500,000 votes.

But there is still plenty of drama and some tight races left to go. Second base, third base, and shortstop each have Royals players in second place looking to climb their way to the top thanks to the notably passionate Kansas City fanbase. And other than number one outfielder Mike Trout, there are several outfielders that could leapfrog into starting positions with a good week.

Full votes can be seen here. Your leaders are:

The 8 players remain the same, but Jackie Bradley Jr. has jumped over Lorenzo Cain for second place in outfield voting. That outfield vote has become the most interesting race, with five outfielders at over 1 million votes – the 3 leaders, along with Baltimore’s Mark Trumbo and Boston’s Mookie Betts. Jose Bautista of Toronto is also closing in on 1 million. With 6 players battling for 3 spots, it’s going to be a fun race.

Other positions have developed significantly stronger leads. Altuve, Machado, and Bogaerts have all pulled much farther away from the Royals trying to gain on them. Red Sox shortstop Bogaerts in particular gained an impressive lead, going from a 200,000 vote advantage to being nearly 600,000 votes ahead of Alcides Escobar. Hosmer remains comfortably over Miguel Cabrera, while David Ortiz and Salvador Perez are basically doing victory laps at this point.

Counting Mike Trout in the outfield, 6 starting slots are essentially set. Bradley Jr.’s lead got a little more comfortable, but with 4 talented creeping up behind him, nothing is guaranteed.