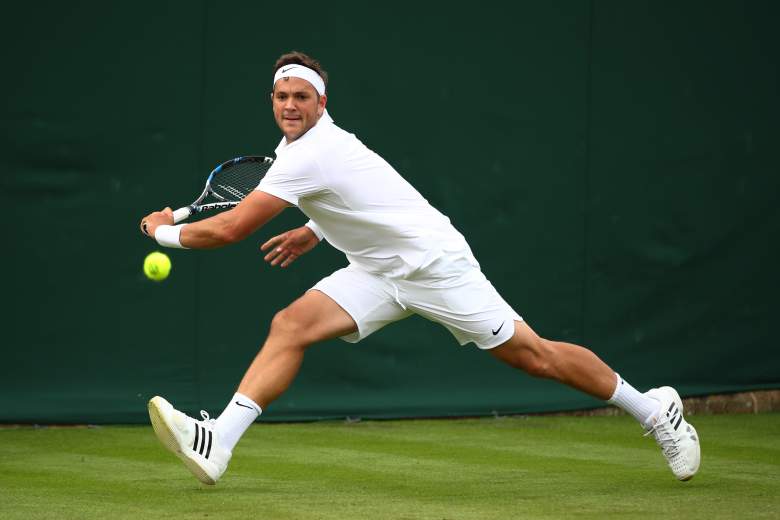 Every tournament has its underdog stories, but Wimbledon 2016 has found a very special one in Marcus Willis. The 25-year-old was ranked 772nd in the world before Monday, when he stunned everyone by beating Ricardis Berankis, the 54th-ranked player, in straight sets, 6–3, 6–3, 6–4. Willis will next face Roger Federer, who is ranked No. 3 and one of the most recognized names in the sport, on Wednesday. Sadly, Willis could not beat Federer, but he did win a game, which brought people in the stands to their feet.

That feeling when you win your first ever game on Centre Court…#Wimbledon https://t.co/UbqLdkS9E2 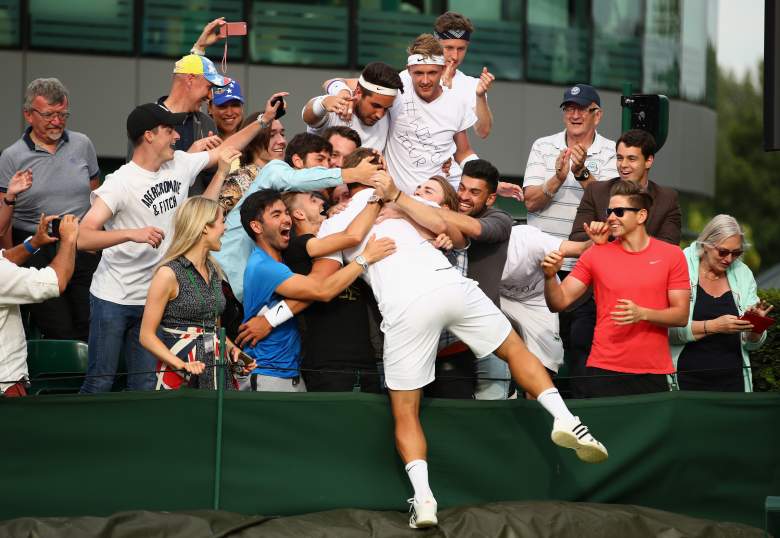 Marcus Willis jumps into the crowd to meet his family after Monday’s exciting win. (Getty)

Before his match with Berankis, Willis had only played in one professional event, a tournament in Tunisia in January. He only won $365 by playing in it, notes The New York Times. His low ATP ranking meant that he only got the very last spot for the Wimbledon wild-card round for British players. He won the three matches he needed just to get to the main qualifying event, which guaranteed he would earn at least £30,000 (about $40,000).

The first of those three matches was against Yuichi Sugita, the world’s 99th-ranked player. It was the first time Willis beat a player in the top 100.

2. Willis Almost Retired to Become a Coach in the U.S., but Then He Met His Girlfriend

Marcus Willis and his girlfriend, Jennifer Bate. Bate is a dentist and mother of two. (Twitter/Jennifer Bate)

This is where Willis’ story really starts to sound like a Hollywood screenplay, because there aren’t many other ways to describe how Willis’ life changed in February.

At that time, he was about to quit playing professionally and was all set to go to Philadelphia to coach tennis. However, just before he was set to leave, he met dentist Jennifer Bate and the two fell in love.

“I was adamant I was going to go to America to coach,” Willis told the New York Times. “I had called up someone about the visa — and then I met a girl. She basically told me I was an idiot and that I should keep going, and I’m very grateful for that.”

Bate encouraged Willis to get back into tennis and put his plans to go to the U.S. on hold.

3. He Still Lives With His Parents & Once Had to Use Crowd-Funding to Pay for Travel 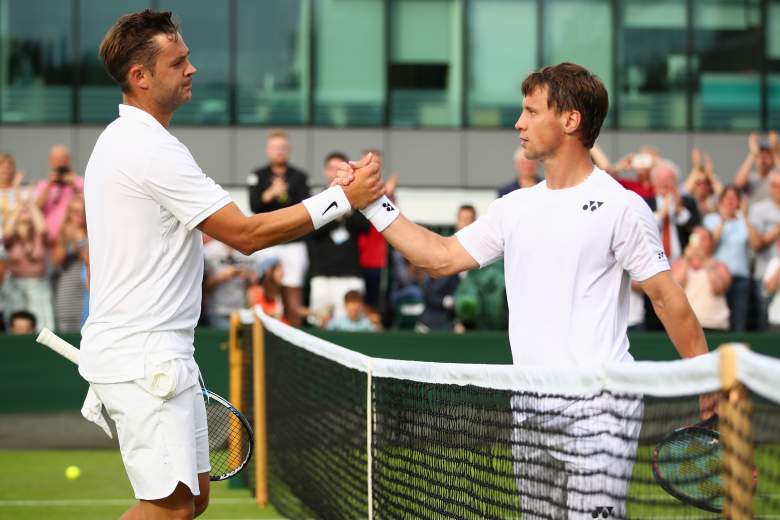 Willis shakes hands with Ricardas Berankis after the match. (Getty)

Willis still lives with his parents, ESPN reports. He is from Slough, the city made famous by the original U.K. version of The Office.

Willis struggled to keep his dream to play tennis alive financially and once needed a crowd-funding campaign to help with tour finances. In 2014, he used PledgedSports.org to help raise money so he could travel for other tournaments before Wimbledon 2015. He ended up raising £2,185, but that was less than 75 percent of his target. At the time, he was ranked 322 in the world.

“My dream is to make such a high ranking in the men’s tour one day but after cuts in funding after one year in the men’s tour, building this dream initially proved difficult to achieve,” Willis wrote on the crowd-funding campaign. “It has only been due to the Partial Sponsorship and the help of A1 Pharmaceuticals over the last year and a half that has enabled me to get to where I am today.”

In an interview with The Guardian, Willis said that he got into debt by traveling on Challengers and Futures tours. He said that he’s not the only player in the lower rankings to face these struggles. Willis explained:

There are a lot of us who can play well but don’t have great rankings. It is tough to get out of the Challengers and Futures tours. Financially and mentally it can break you. It breaks a lot of people. So many Brits in the past have given up before they hit 29, 30 – which I think is wrong. If you can keep yourself in the game, you will learn a lot. But I can understand why, because I was about to do it as well. 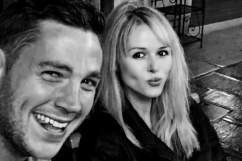 4. He Was Nicknamed Cartman, in Reference to the ‘South Park’ Character 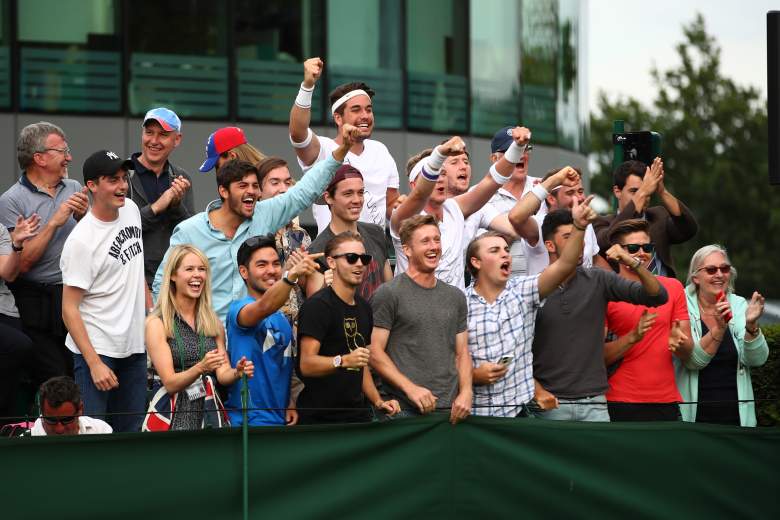 Marcus Willis’ family came out to support him. Jennifer Bate, his girlfriend, is in the front row on the left. (Getty)

Willis is a bit bulkier than other tennis players. When he made the quarterfinals at a Challenger-level tournament in Knoxville, Tennessee, someone on Facebook called him “Cartman” because of his weight. That’s in reference to the character from Comedy Central’s South Park.

While he has lost weight since then, he embraced the nickname, telling the New York Times, “It’s good banter; I enjoy it.”

In his Guardian interview, he called it hilarious and said that he feels he is in the best shape of his life now.

“It was hilarious,” Willis told The Guardian. “I was massively overweight and I made quarter-finals of a Challenger and kept winning five in the third. I’ve got myself in much better shape. I’ve still got to improve and still a few kilos to get rid of but I’m doing it slowly and I’m fit. I can last. I’m in the best shape of my life.” 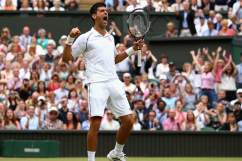 5. Roger Federer Calls Willis’ Story ‘One of the Best Stories in a Long Time’ in Tennis 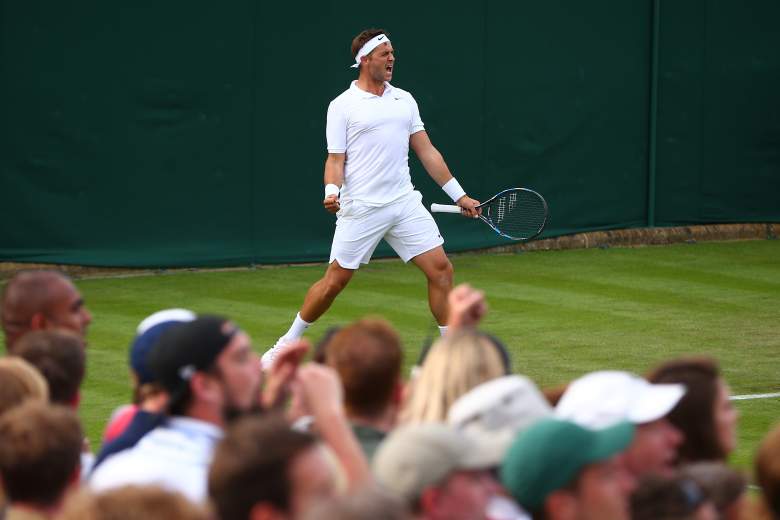 Federer, 34, congratulated Willis and said he had the kind of story tennis needs. He told ESPN that he was paying attention to Willis even before he knew he was playing him.

“I followed it before I even saw him in my section of the draw. It’s one of the best stories in a long time in our sport,” Federer said. “This is the kind of story we need. I’m very excited to be playing him, actually.” Federer admitted that people might be cheering against him on Wednesday.

“It was cool to see how pumped up he was.There’s a lot of cool things that are part of the story. I probably don’t even know where to start. I just like the idea of him,” Federer added.

In his New York Times interview, Willis admitted that he’s been a bit star-struck, especially after he saw Novak Djokovic. “I’m delighted, but it makes me realize I want it week in, week out now. I’ve got to keep working, keep my head down, and get on with it,” he said.

Willis’ Wimbledon fairy tale came to an end on Wednesday, but it’s a moment he won’t soon forget.