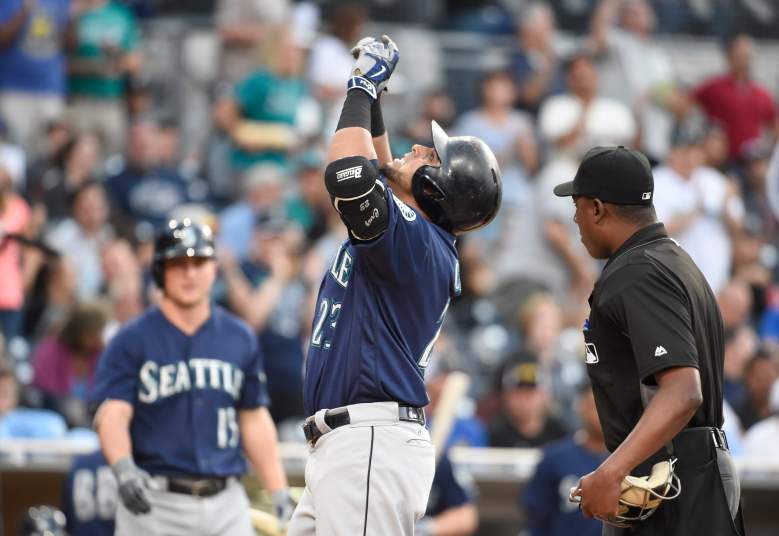 And so as we all predicted, the Seattle Mariners have one of the most potent offenses in baseball, so much so that they an overtake a 10 run deficit in a span of 2 innings.

The San Diego Padres looked to have a game against the Mariners wrapped up after scoring 4 runs in the first, 1 in the 4th, and 7 in the 5th to take a 12-2 lead. But the surprising Mariners have mounted an astonishing comeback, almost reminiscent of the legendary 2001 13-12 comeback that came against Seattle by the Indians.

In the top of the 6th, the Mariners added 5 runs to make it 12-7 on a Kyle Seager double and a Dae-Ho Lee home run. They were looking to make it a close game.

The Mariners scored 9 runs in the 7th inning – all with two outs. Seven straight singles led to these runs. Once again it started with Seager and Lee, followed in quick succession by Chris Ianetta, Stefan Romero, Shawn O’Malley, Norichika Aoki, and Franklin Gutierrez. Robinson Cano eventually grounded out to end the inning, but the damage was done. a 12-2 score in the Padres favor has turned into a 16-12 score in the Mariners favor.

This page will stay updated in case any more crazy comebacks happen.

Update: Alexei Ramirez reached base on a fielding error by Kyle Seager. The Padres get a run back and it’s 16-13.

Update: The score stays 16-13 until the end. Cody Martin gets the win for Seattle after pitching one inning of relief. Brandon Maurer takes the loss for San Diego, as all three baserunners he allowed scored. He did not retire a batter.