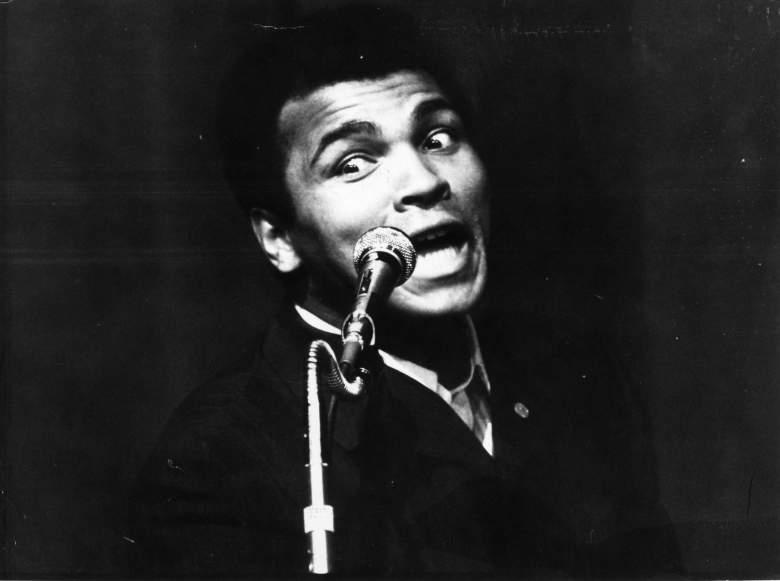 Muhammad Ali is being memorialized by millions on Twitter. (Getty)

Muhammad Ali passed away last night at the age of 74. Ali is seen as a pioneer – not just the greatest ever in his sport, but a thoughtful, charismatic wordsmith. His quotes inspired as much as his play in the ring did, and he never backed down from controversy, a man proud of his race and religion and not afraid to speak out against the things he saw as injustices. His legacy lives on in the voices of those who stand up for what they believe in.

Ali’s profound impact can currently be found in people eulogizing and remembering him on social media. Many notable people on Twitter, young and old, have posted a large variety of tweets about him, a testament to his immeasurable stature in pop culture. His inspiration knew no boundaries.

Here are just a few notable tweets worth reading in the wake of Ali’s passing.

The Tweets You Need To See

No matter where in the world or who you are – @MuhammadAli touched all our lives!!! Your spirit will burn bright forever.

RIP Muhammad Ali ?? greatest sportsman ever .. You will be missed ..

RIP Muhammad Ali. A true champion. "I have nothing to lose by standing up for my beliefs so I'll go to jail." https://t.co/hj0lQVO3e5

Legend was not the only one to use one of Ali’s countless quotes to memorialize him. The man brought poetry to everyday conversation, and his fans and followers never forgot that.

Go to College,
Stay in school,
If they can make penicillin out of mouldy bread,
they can sure make something out of you.
Muhammad Ali

To remember #MuhammadAli is to remember his recipe for greatness.? May he rest in power. #GOAT #RIP pic.twitter.com/rf0sQl74Ek

He didn't dodge it, he defied it. This quote was why Muhammad Ali was one of my dad's greatest heroes. pic.twitter.com/7DPmrrKVSD

RIP Muhammad Ali!!A true legend & one of my all time favourite sportsperson whose life & quotes like ?inspired me pic.twitter.com/Qn2Qzdmfh1

Others still shared pictures of them meeting Ali, treasured photos of their idol. This includes not only fans of the man, but even his own friends and contemporaries.

What a beautiful life full of powerful messages! Thx #MuhammadAli for all the potential u helped us see in ourselves pic.twitter.com/UgIB23sXLK

Huge inspiration for me even before I met him in 1992. Only racists hated him, the rest loved him. #MuhammadAli pic.twitter.com/yzyd7FJLq0

Hana Ali & the whole family, my heart goes out you. Muhammad Ali has been a fine man. That will never die. pic.twitter.com/3L5HK0zPCb

Perhaps most interestingly, some posted videos. Not just videos of Ali’s fights and knockouts, but more obscure videos. They help to highlight not only his celebrity stature in his prime, but the unique ways he provided inspirations to others.

Muhammad Ali & Michael Jackson (1977). One of my favorite clips.pic.twitter.com/tmC8AAPnrc

35 years ago Muhammad Ali saved a man from killing himself. https://t.co/IGFTl5meWe

A child asked Muhammad Ali what he would do when he retired. His long, beautiful answer stunned the crowd.https://t.co/qAuYcJUmv1

Muhammad Ali will be missed. But he will also be remembered for the incredible fighter, warrior, and well-rounded person he was. RIP to The Greatest.