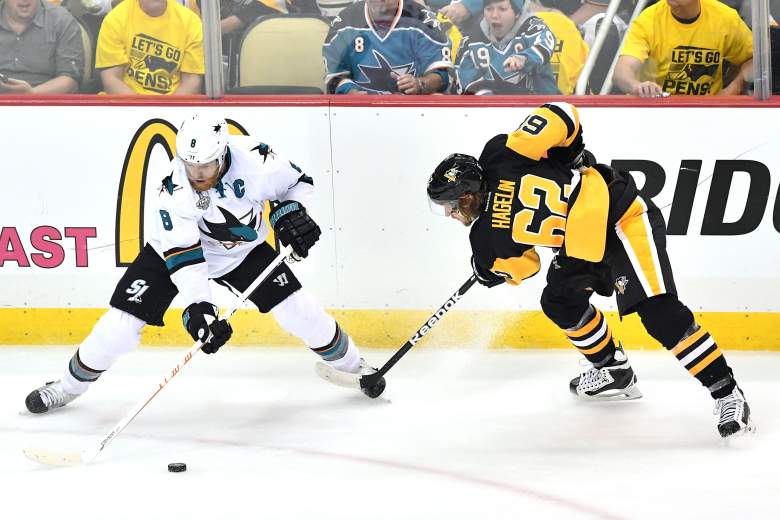 The Sharks look to come back from a 2-0 series deficit on home ice tonight for Game 3 of the Stanley Cup Final. (Getty)

The Stanley Cup Final shifts to San Jose for Game 3, with the Pittsburgh Penguins holding a 2-0 lead in the best-of-seven series.

Conor Sheary’s game-winning goal in overtime on Wednesday gave the Penguins a 2-1 Game 2 win after the Sharks tied it late in the third period.

The Sharks look to make a comeback tonight at SAP Center in Game 3, which marks the first time they’ll play a Cup Final on home ice in franchise history.

However, the odds facing the Sharks are not in their favor. Of the 49 teams that have taken a 2-0 lead since the final went to the best-of-seven format in 1939, 44 have won the Cup.

Penguins goaltender Matt Murray made 21 saves in Game 2 and nearly recorded his second shutout of the postseason and third of his career.

On the opposite end of the rink, Martin Jones had an excellent performance, turning away 28 of 30 shots. Jones has a .934 save percentage and has only lost twice on home ice during the playoffs.

The Sharks will need more out of their top players in Game 3 to match the Penguins speed and intensity. Joe Thornton and Joe Pavelski were pointless in Pittsburgh and together only generated six shots. 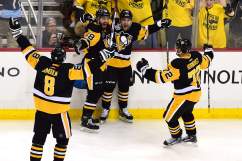