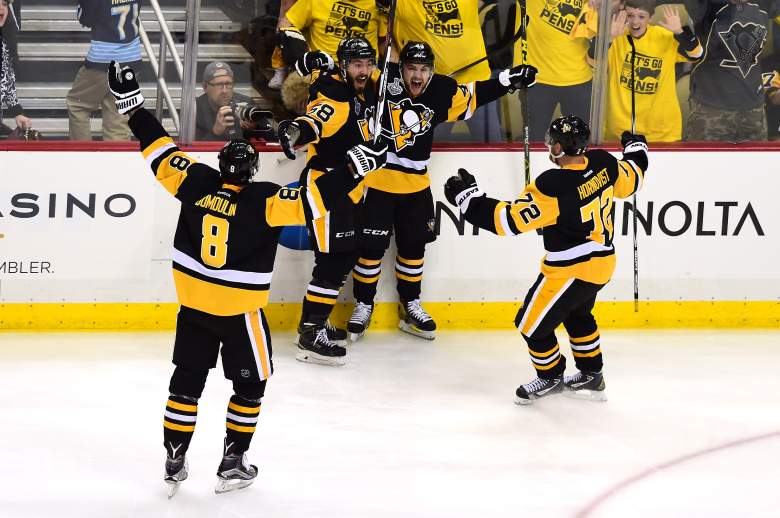 Conor Sheary celebrates with teammates after scoring the game-winning goal during overtime in Game 2 of the Stanley Cup Final. (Getty)

The Pittsburgh Penguins are heading to San Jose with a 2-0 series lead in the Stanley Cup Final, thanks to rookie Conor Sheary.

Sheary found the back of the net in overtime of Game 2 to give the Penguins a 2-1 win over the Sharks. The goal, which came off a pass by Kris Letang, is Sheary’s first game-winner and his fourth goal in the playoffs.

Sheary told NBC Sports after the game that Sidney Crosby drew that play up on the ice before the puck was dropped.

The Sharks managed to pull into a 1-1 tie in the third period on a Justin Braun wrist shot.

Pittsburgh held a 29-20 edge in shots through regulation.

The series heads west to San Jose for Games 3 and 4, beginning on Saturday night at SAP Center. 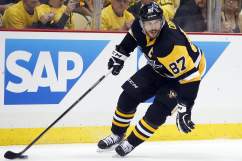