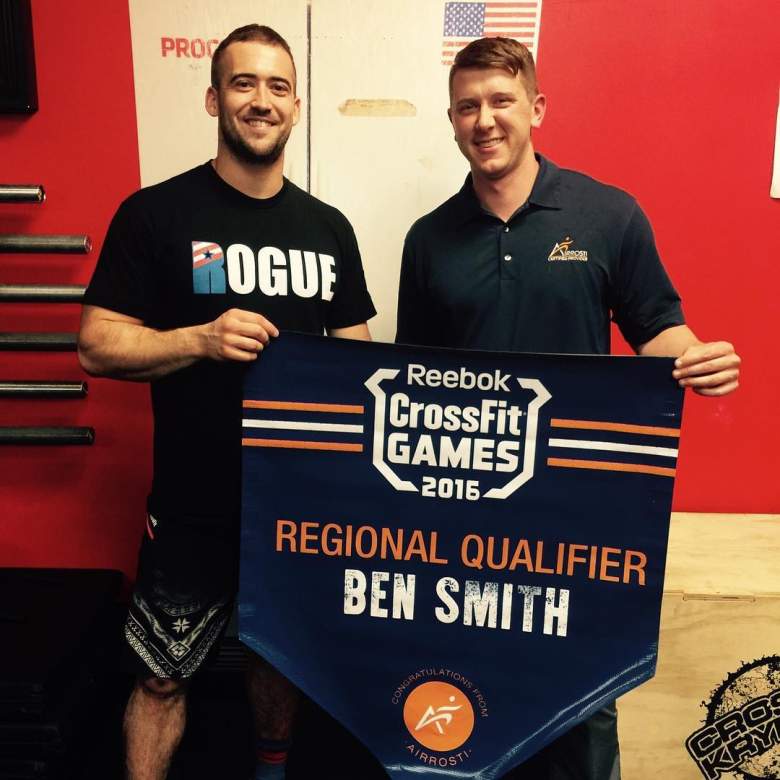 The world’s top CrossFit athletes are competing at the sport’s main event in California– the Reebok CrossFit Games.

The games, which are in their tenth year, will take place Tuesday through Sunday at the StubHub Center.

The field has been narrowed from hundreds of thousands of athletes to 40 men, 40 women, 40 teams, 40 teenagers, and 200 masters. Each competitor qualified by participating in February’s five-week, five-workout competition called the Open and then, competing during the regionals in May.

The six-day competition consists of a broad range of functional movements. The series of physical workouts include moves such as deadlifts, pull-ups and overhead squats. However, each athlete is prepared for an element of surprise.

Ben Smith is the defending 2015 men’s title and seeks a second straight win in Carson.

Here’s what you need to know about “the Fittest Man on Earth”:

1. Smith is From Virginia

Throwback, this years Regionals looks like it could have been a full CF games in the past, I can't wait!!!#CrossFit #TeamReebok

Smith works out at CrossFit Krypton in Chesapeake, Virginia where he is the co-owner, lead programmer, and coach. He trains alongside his brothers, who are also CrossFit competitors.

“When I’m training here I can just do what I need to do and get in the zone,” he told Men’s Health. “And training alongside my brothers helps me push harder.”

I keep daily reminders in front of me that keep me on track, motivated, and focused. These can be words, phrases, Bible verses, videos. Set your goal, whatever it may be, and keep the inspirational reminders in front of you at all times. Then when it comes time to make a decision that can affect your goals, you’ll choose the one that brings you closer to them.

2. He Says ‘Consistency Is the Key’

The 26-year-old athlete has said he believes “consistency is the key.”

Smith tested the regional events this year, something he had never done in prior years.

In an interview on the CrossFit Games website, Smith said:

“I try to train like you’re gonna play and the regionals have gotten so competitive, you know the field’s gotten bigger, everybody’s gotten so much better. You have to practice.”

“You compete how you train. You know, you’re only going to compete for the level at which you train at,” he said. “So you gotta train hard.”

3. He Won the Atlantic Regional

Smith dominated this year’s Atlantic Regional, taking first in three of seven events. He didn’t finish outside of the top seven in any event.

He competed in his first CrossFit regional when he was 18 years old.

I had never worked out against anybody before, never worked out with anybody. That was my first regional, and you know, every year…it’s my eighth year, you get more and more accustomed to it, you get used to the energy of the crowd. And kind of get used to pushing yourself a little more, you learn more about your body.

Smith has won the Mid-Atlantic/Atlantic regional six of his eight times competing.

4. He Has Competed At the CrossFit Games For 7 Straight Years

The winner of the 2015 Reebok #CrossFitGames is @Ben_Smith13! Officially the Fittest Man on Earth! pic.twitter.com/1N5TtdtLMA

Smith has competed at the CrossFit Games every year since 2009, winning last year, and placing third in 2011 and 2013.

Following his win last year, he said, “I just came in knowing I could do it, I think that’s where it starts.”

5. He Advises Training With Stronger Athletes

Pain face… Thanks thrusters and burpees… Have fun with 16.5 everyone! And good luck! Time to head home and get back to work! #CrossFit Thanks for the picture @davexre @reebok @roguefitness @progenex @mbslingshot @airrosti

Smith told Men’s Journal a huge key to his success has been surrounding himself with athletes who were better than him.

He told the publication, his advice to other athletes is to train with those who are more advanced:

Watch people better than you and try to adapt. I started doing CrossFit in 2006, and my first Games were in 2009. As the years have gone, I’ve been able to handle the volume and intensity through practice, and picking up pointers from people and things to help my training. 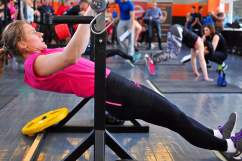