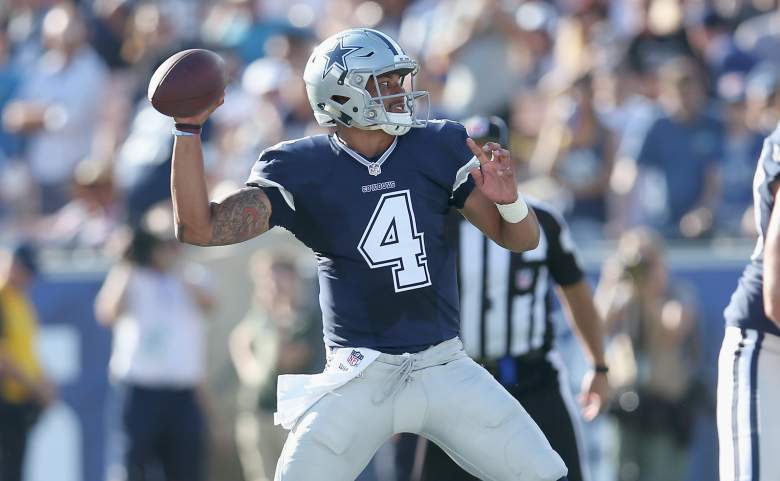 The Dallas Cowboys’ starting quarterback is injured yet again. Jason Garrett announced on Saturday that Tony Romo had an MRI taken of his back after sustaining an injury on the third play of Dallas’ third preseason game on Thursday night. Romo described the hit as a “crunching” force on his spine, and the MRI revealed a broken bone in Romo’s back. It’s a familiar situation for Dallas— Romo injured his collarbone twice in 2015. Last season, Romo missed 12 games due to the collar bone injuries, making him a fantasy bust.

Romo’s ADP prior to Saturday’s announcement of his broken bone was 10.03.

So Dak Prescott looks to be the first rookie QB to get a regular season start. Romo out again

Although Coach Jason Garrett did not rule Romo out for the Cowboys’ Week 1 game against the New York Giants, CBS Sports NFL Insider Jason La Canfora is reporting that he is expected to miss 6-10 weeks.

Backup quarterback Dak Prescott will presumably take the snaps while Romo is sidelined. The rookie quarterback out of Mississippi State will be supported by an excellent offense when he assumes the starting job, which is likely sooner than anyone expected.

In his preseason debut, he exceeded expectations, while showing the poise and mobility to succeed in the NFL. Prescott further showed his ability during Thursday night’s match-up against the Seahawks, in which he went 17-of-23 for 116 yards and a touchdown. In total, Prescott has completed 39-of-50 passes for 454 yards and five touchdowns in three preseason contests. He’s also notched 53 rushing yards and two touchdowns on seven rushing attempts.

Although his preseason success is a small sample size, he has demonstrated that he is an athletic passer, and flashed signs of pocket awareness. Prescott should be owned in all formats, and has good value in Daily Fantasy leagues.

Another ? night for Dak Prescott.

Despite not being drafted until the fourth round, Prescott has the athleticism to make it at the NFL level. However, fantasy owners should keep in mind concerns regarding his pro-style upside. In college, Prescott was praised for his ability as a dual-threat quarterback, but struggled when he had to rely on the passing game for a full drive, similar to the style of Tim Tebow.

While he’s shown solid signs in the preseason, it’s too soon to predict his long-term potential. Prescott is a great stash candidate, but his value can’t be compared to running back Ezekiel Elliott who was the prize of the 2016 draft class, and also the best rookie prospect in dynasty drafts. With the stellar Ohio State running back, the Dallas coaching staff is likely preparing to return to a run-heavy game plan, which led them to a playoff appearance in 2014. 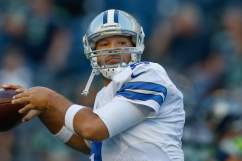 Tony Romo Injury Status: Will He Be Ready For Week 1?