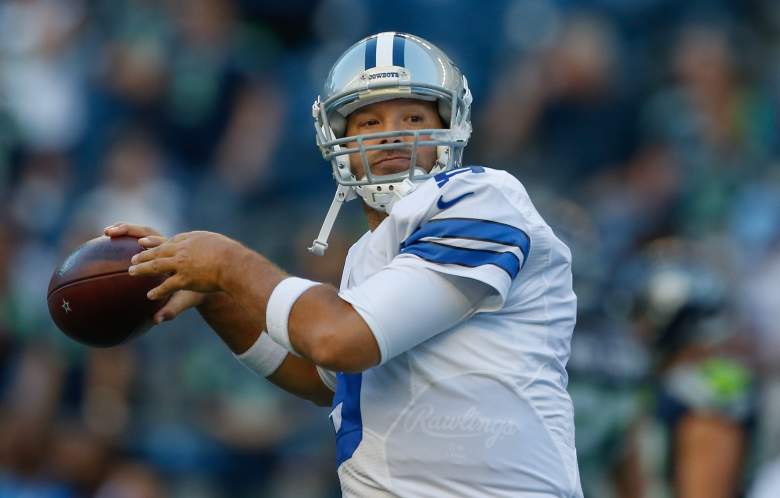 Dallas Cowboys quarterback Tony Romo was hurt during a pre-season game against the Seattle Seahawks on Thursday and the team has announced that he has a broken bone in his back. Head coach Jason Garrett said that he does believe that Romo will play at some point in 2016, but he did not give a timetable.

NFL insider Jason La Canfora tweeted that Romo is expected to miss six to 10 weeks, but Garrett will not rule him out for week 1.

“We’re confident that he’s going to be coming back and playing football for us this year,” Garrett said on Saturday.

That said, Garrett stresses that his situation is day-by-day. Doesn't give a timetable for a return.

Garrett says that the injury isn't related to any of his other injuries, and they expect Romo to play for them this year.

Jason Garrett: Tony Romo had an MRI on Friday, and he has a broken bone in his back.

David Helman of DallasCowboys.com reports that Garrett was told there’s a “whole range” of possibilities for Romo’s return, but none involve him being out the entire year.

Garrett also said that the injury is not related to Romo’s past injuries. Romo played in just four games last season after breaking his collar bone. Romo also missed at one game each during the 2013 and 2014 seasons.

According to USA Today, Romo and the Cowboys initially thought that he avoided a major injury, but an MRI the day after the game revealed otherwise.

Romo was taken out of the game right after the injury.

“I mean obviously, we were being smart,” he told the Dallas Morning News after the game. “In a weird way, I feel good about the fact that was probably as tough of a hit I’ve taken on the back as I’ve had in the last five years… From that regard, I feel very lucky that it can hold up and I can keep going.”

Without Romo, the Cowboys could start Dak Prescott, who has done well in the preseason. He’s thrown for 338 yards in 22 of 27 passes and has four passing touchdowns. He’s even scored two running touchdowns and has no interceptions.

In another interview with the Morning News, Romo explained why he immediately reached for his back after the hit. At first, it feels hot for a second.

That dissipates after a minute and you’re, ‘OK, all of those things you felt before with back injuries, those are all fine.’ Then you’re strength comes back and you’re like, ‘OK.’ It just takes a little bit. Then it was a coaching decision to not go back out.

The Cowboys play their final preseason game on September 1, against the Houston Texans. The regular season starts on September 11 in Dallas with the division rival New York Giants in town. 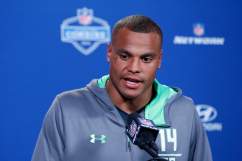 Read More
Dallas Cowboys, Football, NFL, Tony Romo
The Dallas Cowboys announced on Saturday that quarterback Tony Romo has a broken bone in his back, but is expected to play in 2016.