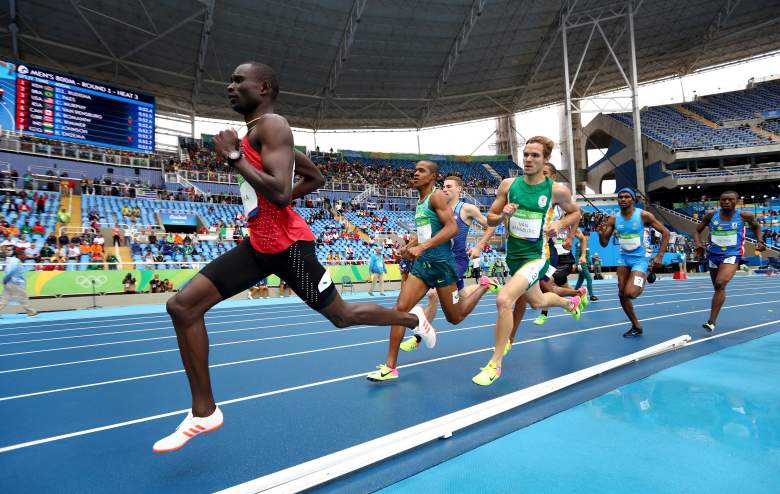 Kenya’s David Rudisha will be vying for gold in the men’s 800m final on Monday. The 6-foot-3 athlete broke the world record in the 800m at the Olypmics in 2012, and believes he’s ready to do the same this go around. Rudisha told reporters, “I’m in good form. There’s no doubt about that and I think I’m very confident because I’m finding my power of finishing, the last 100 [metres]. So I think I’m in a position to control [the races] again.”

In the 800m heats last week, Rudisha ran a 1:45:09, which was the fastest of the seven heats. He clocked a 1:43:88 in the last semi-final heat on Friday. Daily Nation writes, “David Rudisha is dreaming of becoming the first Kenyan to win two gold medals in an event in successive editions of the Olympic Games after taking his place in the finals early on Sunday morning.” Murphy Clayton and Adam Kszczot followed Rudisha in the semifinals, with respective times of 1:44:30 and 1:44:70.

Read on for his stats.

Rudisha Breaks World Record – Men's 800m Final | London 2012 OlympicsFull highlights as Kenya's David Rudisha wins Gold in the Men's 800m Final and breaks the World Record with a time of 1.40.91 at London's Olympic Stadium. Since 1896, athletics has been on the programme of each edition of the Games of the Olympiad. Its presence on the Games programme has allowed its popularity to…2012-08-09T20:11:48.000Z

Rudisha was born in Kilgoris, Narok Country. He attended Kimuron Secondary School, which has bred other legendary runners like Wilson Kipketer. In September 2009, Rudisha won the IAAF Grand Prix in Italy, where he clocked a new African record of 1:42:01. One year later, he broke Kipketer’s 800m World Record with his time of 1:41:09. In the 2012 Olympic Games, the Kenyan srunner shocked the world by running the 800m in a new world record time of 1:40:91. He became the first man to not only beat his own world record that he’d set two years prior, but the first man to run below a 1:41. 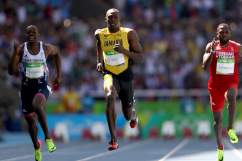 Usain Bolt Height & Speed: How Fast and Tall Is He?