We’re not trying to hate, but the Opening Ceremony for the Olympics tonight in Rio has been a bit slow. Gisele Bundchen then lit up the stage by strutting down her final catwalk during one of the performances. But, this is not what truly made the night amazing. Bundchen joined the crowd in celebrating an upbeat song, jumping up and down, singing and waving her arms wildly. It made the ceremony watchable and entertaining, especially because the camera interrupted the performance every 10 seconds or so to focus on Bundchen throughout the set.

Okay, here’s one more video of Bundchen’s enthusiastic dancing because we can’t resist:

As for Bundchen’s catwalk through the middle of the ceremony, check it out below. Bundchen strutted in the middle of the stadium as “The Girl From Ipanema” was performed by music artist Daniel Jobim. Prior to Bundchen’s long walk, she confessed that she was nervous to People, explaining:

This is for sure the longest runway I have ever walked in my life and by far with the most amount of people watching, so it is a little nerve-racking I must say. This is a very special moment for my country and I am humbled that they invited me to be a part of such a special celebration.

Previously, Bundchen was supposed to be a part of a skit at the ceremony, which involved a mock scene of a robbery. Because the scene was controversial, it was pulled from the show.

half the olympic opening ceremony was gisele bundchen dancing 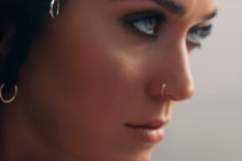