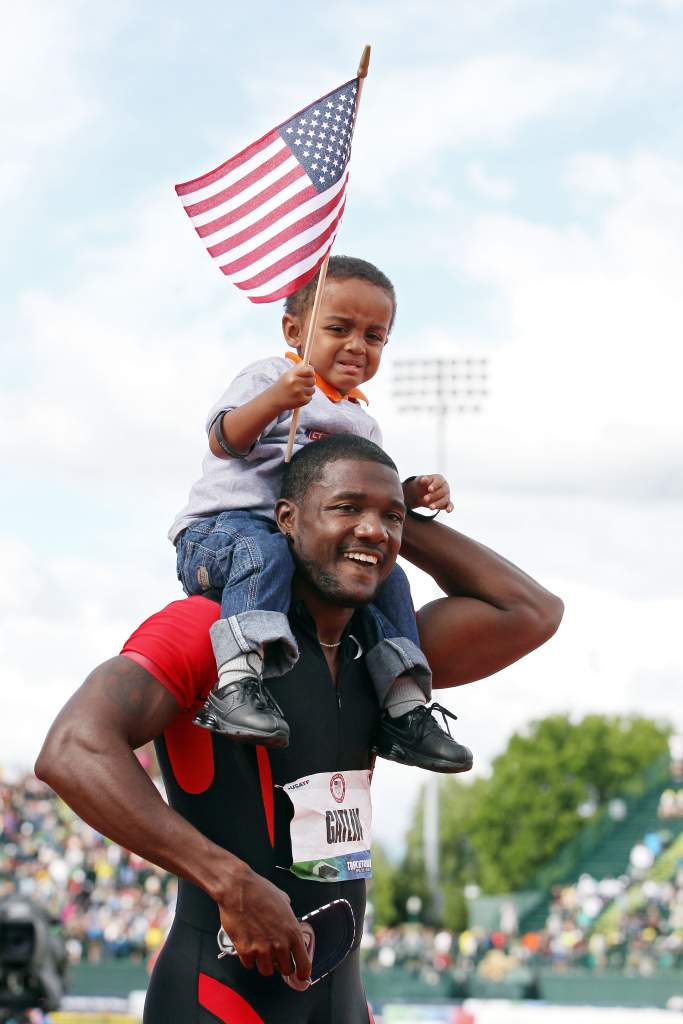 Justin Gatlin will take on his rival, Jamaica’s Usain Bolt, Sunday night when he runs in the 100-meter sprint at the Rio Olympics.

The 34-year-old American sprinter is in search of his fifth Olympic medal. When he won the 100-meter title at the U.S. Olympic Trials last month, he became the oldest man to make a U.S. Olympic team in a sprint event since 1912.

Gatlin won gold in the 100 in 2004, but was serving a drug suspension in 2008 when Bolt rose to prominence in Beijing. Since then, Gatlin has only beaten Bolt once.

Here’s a look at Gatlin’s background and family.

The three-time Olympian is a also a father. Gatlin’s son, Jace, is six years old and has a close relationship with him.

Gatlin told Us Weekly, he’s even found a way to incorporate his son into practice.

“[My son Jace is] watching me, emulating me. He comes to practice and does all my drills with me and stretches,” he told the magazine.

2. He Has Said His Son Is His Motivation

Jace has high expectations for his father in the Rio games.

Gatlin said his son, who he also calls his “best friend,” is his motivation.

“I mean, if anything, it makes me nervous. Your son telling you, ‘You better win.’ If anyone else in the crowd is like, ‘You better win,’ I’m like, ‘I’m going to try.’ That’s why I’m here; I’m trying. But if my son says that, I’m trying to move mountains,” Gatlin told Us Weekly. “I’m trying to move mountains for him, so I’ve got to go out there with the intent to really try to do it.”

After Gatlin claimed the 100-meter title at the U.S. Olympic trials, he celebrated by taking a victory lap with Jace.

“I thought having a child while you are in the height of your career would soften you up,” Gatlin told NBC. “But that’s the furthest from the truth. My son gives me strength.

“There may never even be another four years,” Gatlin said. “It’s now or never.”

3. His Son May Be Following in His Dad’s Footsteps 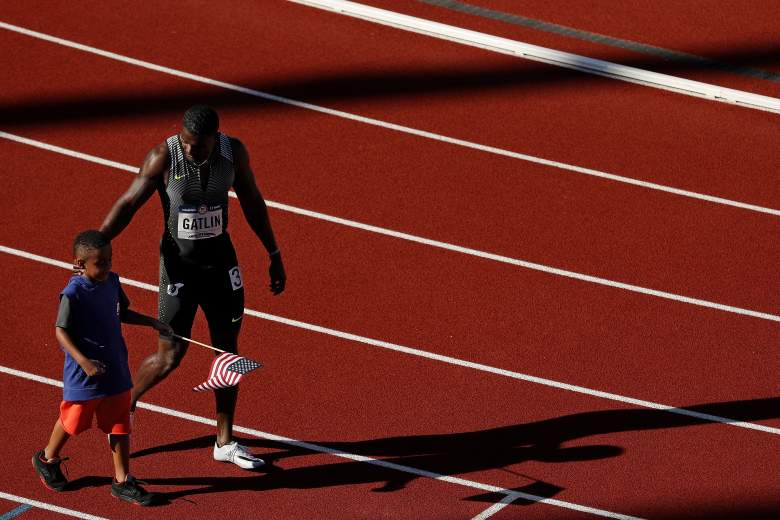 Justin Gatlin takes a lap with his son after winning his 100-meter sprint at the 2016 U.S. Olympic trials. (Getty)

Gatlin has said his son shares his love for speed, and is already showing potential as an agile athlete.

“He’s fast!” Gatlin bragged to Us Weekly. “He’s already scoring three to five goals a game. He uses that speed to his advantage, for sure.”

In addition to playing soccer, Jace has also participated in track youth meets, once winning a medal of his own, which he traded with his dad.

“He did it in exchange for a bag of candy!” Gatlin explained to Us Weekly.

4. His Parents Supported Him Throughout Controversy 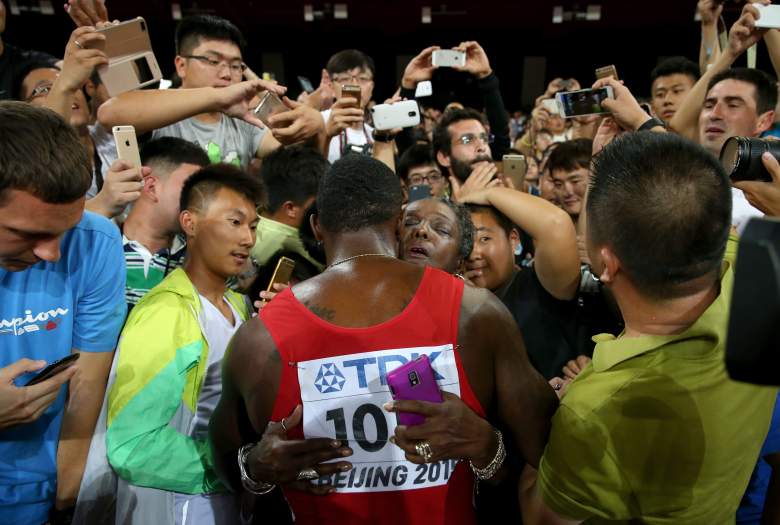 Gatlin has been a source of controversy at different points in his athletic career. He was banned from international competition for two years in 2001 after he tested positive for amphetamines. Gatlin appealed the ban, saying that the positive test was due to attention-deficit disorder medication he had been taking since his childhood. His appeal was successful as it led to an early reinstatement.

Then in 2006, Gatlin announced to the media that he had tested positive in a second doping test. He later explained that the positive test was a result of testosterone cream that had been rubbed into his buttocks by a massage therapist. He alleged it was part of a plan by the therapist to sabotage him after his contract was not renewed. Gatlin maintained his innocence, saying he thought the cream was a harmless lotion. After his appeal, Gatlin’s initial eight-year ban was reduced to four.

Although the U.S. Olympian has faced a heavy amount of criticism throughout the years, his family has offered unwavering support.

“I think all the people who stood by me during my adversity, like my parents, those are the people I really care about and if they’re ok with the person I am today,” he told the Independent. “My family has been such a rock for me. They don’t have an athletic background at all so to deal with all the propaganda and watch their own child suffer the way I have, they’ve done an amazing job. When I was at my lowest, they were there to help and guide me. They told me to try and stay focused, do what my God-given talent says, stay in shape and when I was able to return, go back out there and run for my life.”

5. His Dad Said The Doping Charges Were Difficult on the Family

The charges against Gatlin for using banned performance-enhancing drugs, not only impacted him, but also his family. His parents, Willie and Jeanette, said they often bore the brunt of criticism, and went through a painful experience.

“It was really tough,” Gatlin’s father, told the Jamaica Gleaner.

“I think it was tougher on us as parents than it was on Justin, because Justin, he knew he didn’t do anything. He was set up, so to speak.

“The people who speak about it, they don’t really know the inside scoop as we did, because we were there from the beginning to the end.

“We went all the way to the highest court of arbitration for sports. So there was a lot of stuff that came out that was never mentioned and a lot of people don’t know about it.”

Gatlin told the Associated Press, “I’ve worked hard, all the way from the bottom when I had nothing.

“I worked hard to work back to where I’m at now. I don’t understand. The system has worked. I think people need to stop looking at trying to be the judge, the jury and executioner and let the system do its job.” 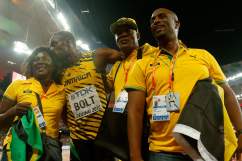 Read More
5 Fast Facts, Justin Gatlin, Rio Olympics 2016, Track & Field
U.S. sprinter Justin Gatlin is in search of his fifth Olympic medal tonight in Rio as he competes in the 100-meter final. Learn more about his family, and son here.