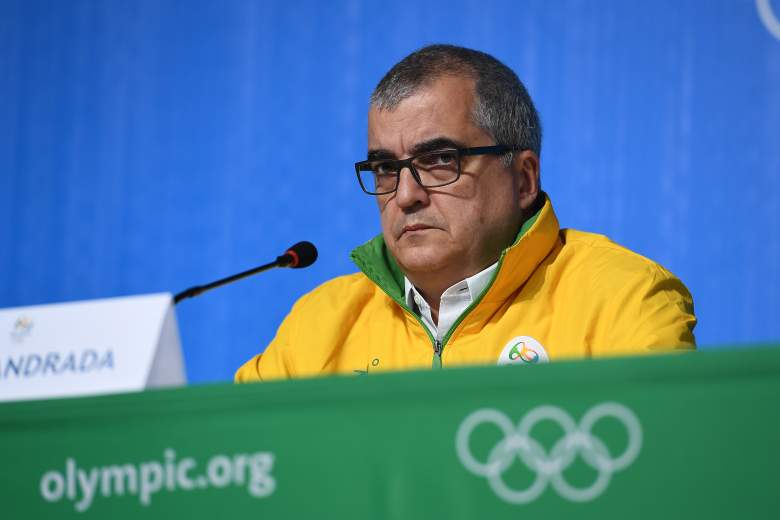 Mario Andrada is the communications director for Rio 2016. (Getty)

Mario Andrada has been one of the unexpected faces of the Rio Olympics. Andrada is the communications director for Rio 2016, the organizing committee behind the games. Each time a controversy pops up – whether it is the diving pool turning green or Ryan Lochte and three other American swimmers possibly being robbed – Andrada is responsible for coming up with a response for the media.

Here’s a look at how Andrada has responded to these issues and his career.

1. Andrada Apologized for the Violence After Ryan Lochte Claimed He Was Robbed 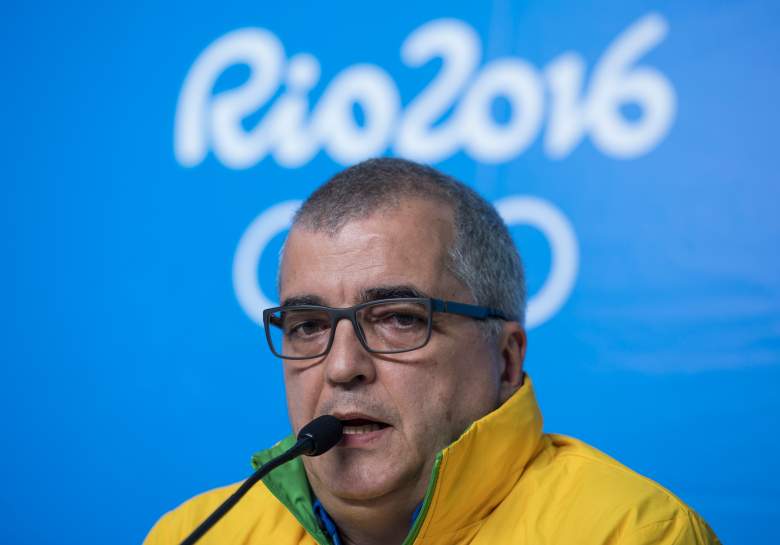 Mario Andrada also had to admit that real bullets were fired at the equestrian venue. (Getty)

Ryan Lochte claimed that he and three other U.S. swimmers, Gunnar Bentz, Jack Conger and Jimmy Feigen, were robbed on Saturday night after attending a party to celebrate the end of the swimming competitions. In his response to the incident, Andrada apologized for the violence and insisted that there will be more security at the remainder of the games. Brazil already deployed 85,000 soldiers and police in Rio, The Associated Press reported.

We obviously regret that the violence has (gotten) so close to athletes. We have requested security authorities that they need to make sure everybody’s safe everywhere in the city. We apologize to those involved. Once again, we regret that violence is still an issue at these games.

However, the Lochte incident (now dubbed #Lochtegate on Twitter) has taken a new twist as Bentz, Conger and Feigen were detained by police to answer questions. ABC News reports that there is a video of the alleged incident, in which a swimmer is seen fighting a security guard after breaking down a bathroom door.

Andrada was asked on Thursday if he regretted apologizing, but said he did not.

Brazilian police told the New York Times that they believe Lochte and the other swimmers lied about being robbed to cover up the damage thety did to the gas station’s bathroom door.

“We’ve been able to determine that there was no armed assault,” a police officer told the Times after looking at the video footage.

Was Ryan Lochte Robbed in Rio? No

2. Andrada Didn’t Realize He Had to Give Daily Briefings at the Olympics Until Two Months Ago 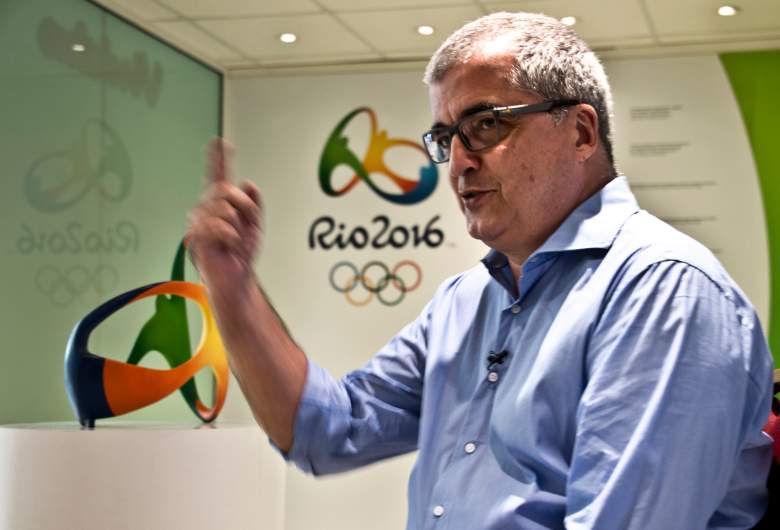 Andrada has been communications director for Rio 2016 for two years, but it wasn’t until two months before the games started that he was finally told by the International Olympic Committee spokesman Mark Adams that he learned that he would have to do daily briefings during the Olympics.

“Maybe I didn’t have a clue what kind of job I would have to perform on a daily basis here,” Andrada told the Washington Post.

During the Games, Andrada has only been able to get four hours a sleep each night and has to wake up at 6 a.m. to look over the events from the previous day, the Post notes. He takes a nap in his car rides and often skips lunch. He dubbed each problem he faces a “lion.”

3. Andrada Had to Apologize to China for Using the Wrong Chinese Flag 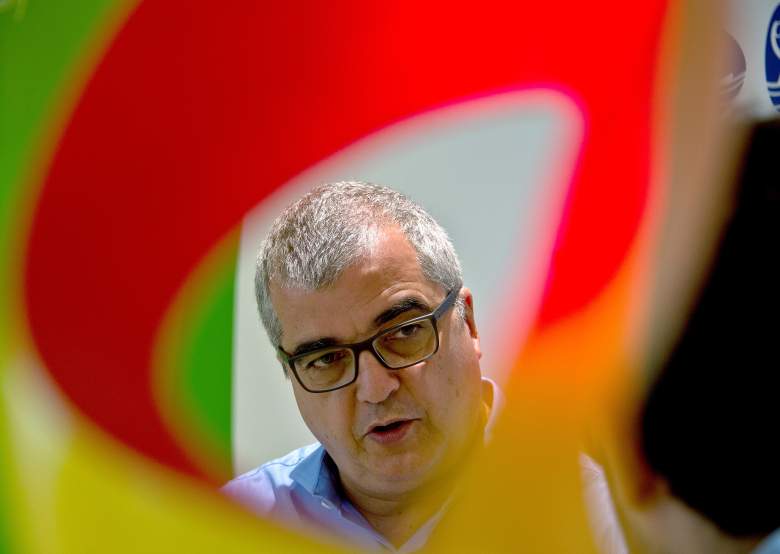 When the Chinese flag was first displayed during a medal ceremony, the Chinese government and viewers in China noticed that something was wrong. The four small stars around the larger star in the top left corner were arranged in the wrong way.

“We do understand that there is a problem with the flag,” Andrada said, reports CNN. “It’s very small. You have to be very familiar with the Chinese flag to understand that. However, we need to correct it.”

Coincidentally, the incorrect flags were made in China. Andrada said he had to call up the manufacturers to get replacements quickly for the rest of the medal ceremonies.

#Rio2016 used an incorrect #CHN flag during medal ceremonies. What's worst, the flag was made in #China. @XHNews pic.twitter.com/q4LDQGzm58

After the first day of the Games, Andrada also had to apologize for the long lines and slow screening process of fans before allowing them into the venues. He blamed delays on the lack of coordination between police officers, Olympic officials and the military, notes USA Today. 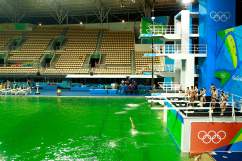 Why Did the Olympic Diving Pool Turn Green?

On August 9, the water in one of the pools began turning green. Rio officials had to drain the entire pool where synchronized swimming takes place. Although the nearby diving pool wasn’t completely clean, it wasn’t drained.

“Of course it is an embarrassment because we are hosting the Olympic Games,” Andrada said on August 13. “It should be light blue, transparent. We could have done better in fixing it quickly. We learned a painful lesson the hard way.”

According to the New York Times, Andrada said the green color was due to “a sudden decrease in the alkalinity in the diving pool.”

“We probably failed to note that with more athletes, the water could be affected,” he added. He also explained that the water wasn’t being tested as well as it should have been.

5. Andrada Was a Journalist Before He Became a Nike Executive in Latin America

Before Andrada was hired by Rio 2016 in 2013, he had a similar position at Nike as the communications director for emerging Latin American markets. Before that, he was a journalist for Reuters, iSportConnect notes. He even covered the 1996 Atlanta and 2000 Sydney Games as a journalist. He worked for Nike at the London Games in 2012.

Andrada’s first job as communications director for Rio 2016 was to assure the IOC and the world that Brazil could pull the Olympics off. The lack of infrastructure, the number of new venues that had to be built, crime, a slowing economy and a corruption crisis within the government were just a few of the concerns surrounding the games. After hosting the World Cup though, Andrada told the Guardian in 2014 that IOC President Thomas Bach was confident in Rio.

“The mood in the country has swung. The fears of collapse of transportation did not take place. The World Cup was a big success. Everyone who came to watch had a great month,” Andrada said.

Andrada also told ESPN in March 2016 that corruption hadn’t touched the construction of venues. “We remain confident that Olympic constructions, at least sports constructions, are not into this whole issue,” Andrada said.

Read More
5 Fast Facts, Rio Olympics 2016
Mario Andrada is the communications director for the 2016 Rio Olympics and has had countless issues to respond to since the games started, including Lochtegate.