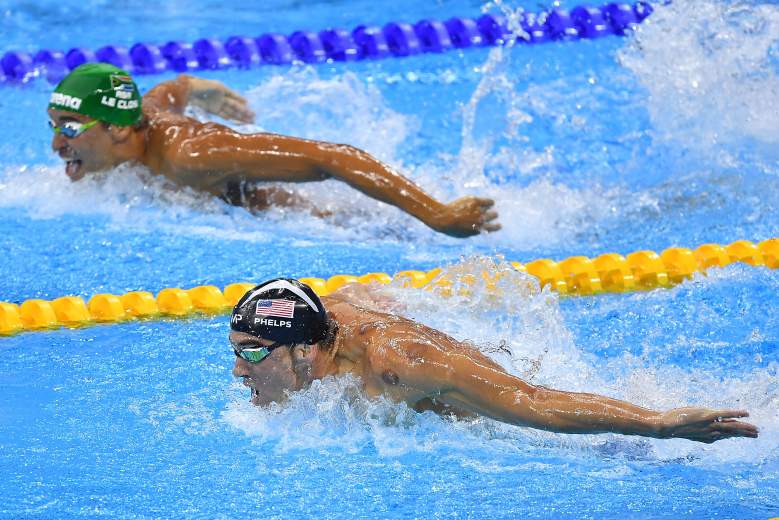 Chad le Clos and Michael Phelps face off one more time in Rio on Friday. (Getty)

After one amazing week of swimming, the marquee races come to an end on Friday night with Michael Phelps, Maya DiRado and Katie Ledecky all adding one more medal to add to their Rio Olympics haul. Phelps’ race includes one more race against his rival, South Africa’s Chad le Clos.

Friday’s medal finals are the Women’s 200m Backstroke, the Men’s 100m Butterfly, the Women’s 800m Freestyle and the Men’s 50m Freestyle. The night ended with three Americans winning gold, but Phelps wasn’t one of them.

Here’s a look at the four finals.

The Women’s 200m Backstroke kicks things off at 9:03 p.m., and DiRado won a fourth Olympic medal. However, Katinka Hosszú of Hungary was also looking for a fourth medal, after already winning three golds. It was an incredible comeback, with DiRado only winning by six-hundredths of a second.

Up next is the Men’s 100m Butterfly, which ended with Phelps winning his 27th Olympic medal. Le Clos is hoping to stop him, as is Singapore’s Joseph Schooling, who had the best time in the semifinals. Incredibly, it was a three-way tie for silver.

The Women’s 800m Freestyle race gave Leah Smith a chance to add a third medal to her collection and Ledecky is going for her fifth. The other racers in this onewere Germany’s Sarah Kohler; Lotte Friis of Denmark; Boglárka Kapás of Hungary; Jess Ashwood of Australia and Spain’s Mireia Belmonte. However, it was ultimately over before it even started. LEdecky dominated the race from start to finish, even setting a new world record. It wasn’t even close.

The last final of the night is the super quick Men’s 50m Freestyle. Americans Anthony Ervinm who won the gold all the way back at the 2000 Sydney Games, 16 years ago beat France’s Florent Manaudou. Nathan Adrian of the U.S. came in third. 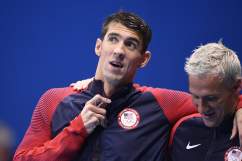